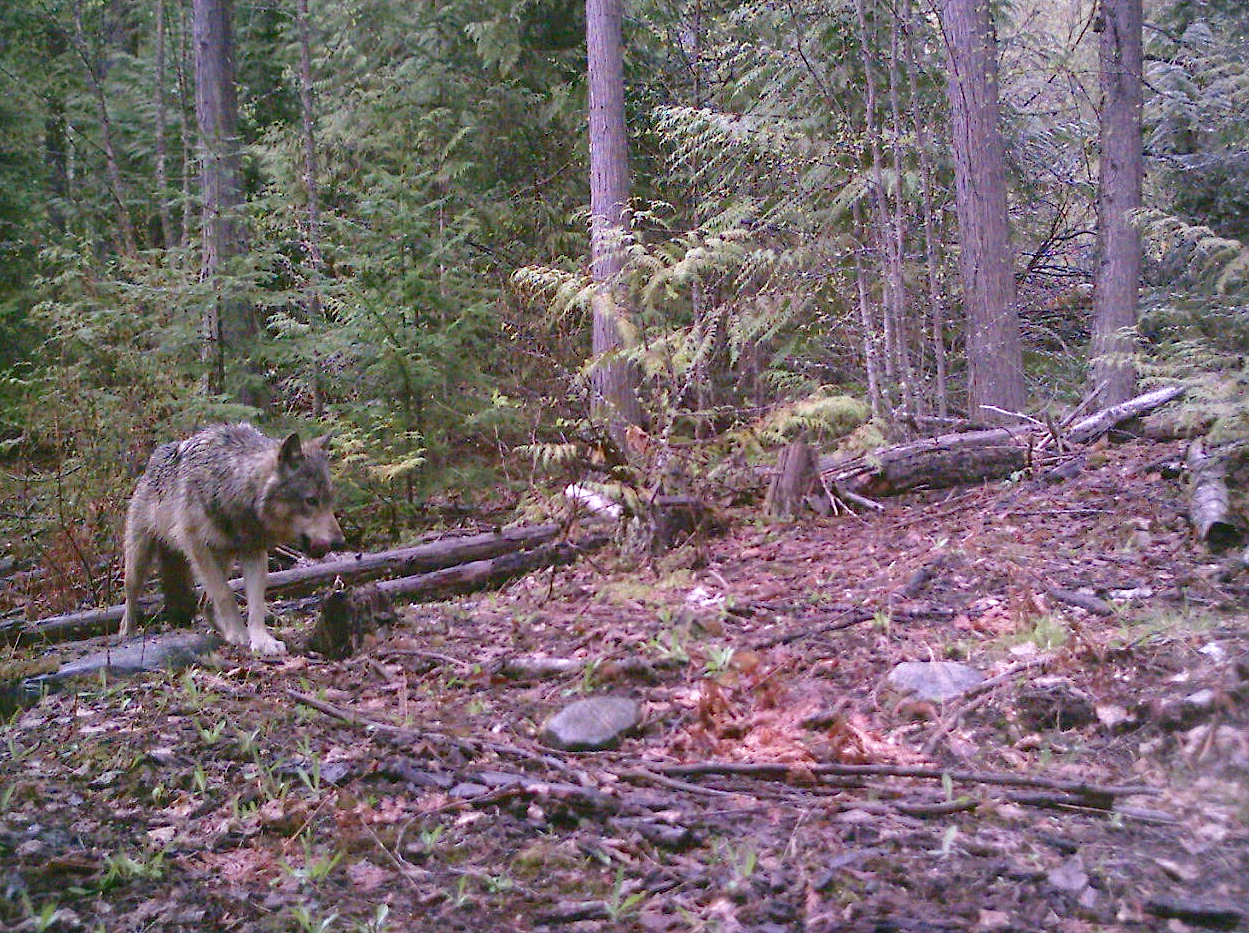 A lone wolf in the South Selkirk region is believed to be guiding hunters to wolf packs. Photo courtesy of Wildlife Defence League
Previous story

A “Judas” wolf is being used to guide snipers to wolf packs so that they can be killed, contends the Wildlife Defence League.

The B.C.-based conservation organization believes the hunters contracted by the B.C. government to cull the wolves in the South Selkirk region are deliberately keeping a single wolf alive year after year.

Trail cameras set up in the region captured the image of a wolf that the group believes is the so-called “Judas” wolf.

That wolf is equipped with a radio collar that is used to lead the hunters to other wolves, the conservation group asserts.

“The next winter, the Judas wolf’s new pack is slaughtered,” said Tommy Knowles, campaign director for the Wildlife Defence League.

“If watching your family killed year after year by snipers in helicopters is what this government considers a ‘humane’ cull, I shudder to imagine what they consider inhumane.”

Evelyn Merrill, a professor of biological science at the University of Alberta in Edmonton, did one study beginning in the early 2000s using radio collars on wolves for study purposes. Her research estimated populations in the wild, looked at the distribution of wolves and predator-prey interactions.

Asked if she'd heard of the practice of using Judas wolves, Merrill told National Observer, "I have heard of that. I've heard of it in theory. I have not been involved in any studies that use that approach."

The program will kill nearly 500 wolves and cost taxpayers approximately $2.2 million. The program is entering its second year. During the first year some 80 wolves were killed.

The province contends that the wolves are a key factor in caribou decline, attributing at least 37 per cent of all adult deaths to wolves.

The Wildlife Defence League is asking anyone with information on the South Peace and South Selkirk culls to contact them.