Vegan? Glenn Gaetz has a Nice shoe store for that 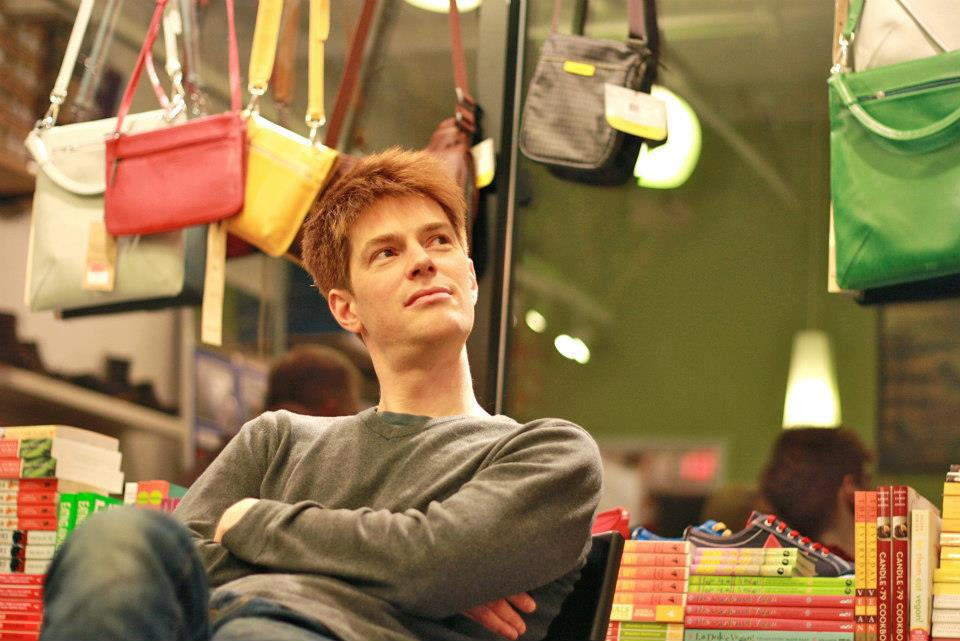 When Glenn Gaetz, owner of Nice Shoes — Canada’s only vegan shoe store — first opened his store he had the eating vegan part down.

But vegan shoes? Not so much.

“We’ll probably have the hang of it in a couple of years,” Gaetz joked in an interview with National Observer.

The Vancouver retailer is celebrating its fifth anniversary in March. It’s kind of a milestone given that a couple of other vegan shoe stores - one in Toronto, another in Victoria - didn’t pan out and eventually closed their doors.

If you’re non-vegan you might be wondering just what exactly is a vegan shoe store.

The shoes in Gaetz’s store are devoid of leather, wool, silk and suede. Instead they’re made of canvas and synthetics such as neoprene, and polyurethane.

Far from it. The store carries a number of different lines, offering everything from dress shoes, to hiking boots, to sneakers and skate styles.

Not only vegans and vegetarians patronize the store, but non-vegans as well.

Certainly, veganism and vegetarianism is far more common than it once was. A 2015 poll that the Vancouver Humane Society commissioned showed that 33 per cent of Canadians, or almost 12 million, were either vegetarian or eating little meat.

British Columbia is Canada’s most vegetarian province with 13 per cent of the poll’s respondents saying they were vegetarian or “mostly” vegetarian. Quebec and Ontario aren’t far behind.

This change in preference is fueling a demand for vegan and vegetarian products. Barbi Lazarus, the donor and volunteer resources coordinator of the Toronto Vegetarian Association, reports, that in 2014, their database listed some 516 companies that catered to the lifestyle.

In 2015 that grew to 550 businesses. “On average we find out about one or two new businesses to add to the database each week,” Lazarus noted.

So what’s the prerequisite knowledge needed to open a vegan shoe store?

For starters, being vegan helps.

Gaetz wasn’t raised vegan. The 40-year-old grew up on a homestead in Vermont, where dinners included hamburgers and hotdogs, but also salads to balance those out.

As well, the family grew their own vegetables.

Nor were the veggies the only thing the Gaetz family raised. They had pigs and cows for meat and goats for milk.

“Somehow at some point I recognized that if I’d been there in their spot I wouldn’t want that to happen, so I just made that personal connection.”

There aren't a lot of people offering vegan shoes

Gaetz went to Boston University to study English and philosophy. It was there he met his wife, Joanne, who hailed from Vancouver. At school they also began to make the transition to becoming vegans.

They worked on it gradually, first eliminating meat from their diet, then fish, then cheese.

Out of school, Gaetz had no idea what he wanted to pursue. “The terrible thing about Liberal Arts majors, they don’t really have much applicability in the real world,” he noted.

He bounced around doing different things, working as a designer, fundraiser and web developer, but ultimately settled on opening a vegan shoe store.

“It’s a real gap in the market,” Gaetz said. “There aren’t a lot of people offering vegan shoes specifically.”

In addition to its Vancouver store, Nice Shoes sells online.

Beyond the pleasure of working for himself and owning the store, Gaetz said he likes that he gets to present vegan shoes to people who aren’t necessarily vegan and just want a pair of stylish shoes.