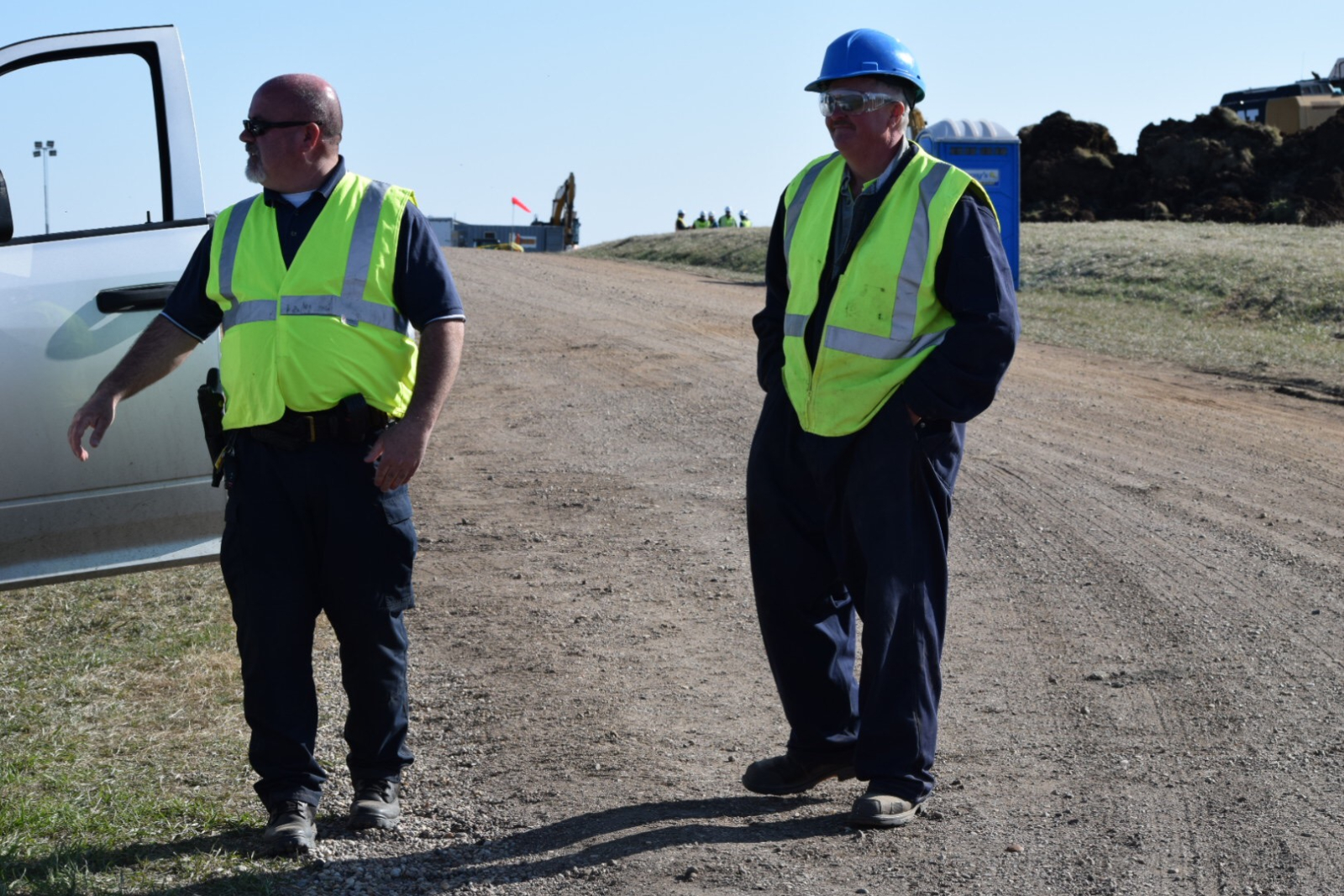 CALGARY — TransCanada says about 63,600 litres of crude oil leaked from its Keystone pipeline in southeastern South Dakota and that it continues to investigate the incident.

The Calgary-based company (TSX:TRP) says its spill estimate is based on the excavation of soil covering more than 30 metres of pipe around the spill site, about 60 kilometres southwest of Sioux Falls.

Company spokesman Mark Cooper says they still have not identified the source of the leak, first identified by a passerby and not by the company's leak detection systems.

With the investigation and cleanup continuing, TransCanada says it doesn't expect to reopen the pipeline until at least early next week rather than the end of this week as previously indicated.

The company says a crew of about 100 is on site to clean up the spill, which covers an area of about three metres by nine metres, and that there doesn't appear to have been significant environmental damage.

Warren Mabee, an energy policy expert at Queen's University, says while not insignificant, the spill is relatively small for a pipeline leak and the fact it's not near a waterway or ecologically sensitive area helps reduce the impact.

"This is a relatively minor issue and it's not going to in and of itself create a huge problem," said Mabee.

But while the environmental impact is not big, Mabee says the incident will have a much greater impact on future pipeline debates.

"What it does do is it reinforces this mind set in the public that pipelines are something to watch, they're not 100 per cent safe, that we should be thinking about it as we go and look at new pipeline projects."

"This creates a real challenge for a company like TransCanada, which I think does try very hard to be as proactive as they can with pipeline safety," he said.

He said TransCanada will also have to look at its practices and leak monitoring systems to determine why it didn't detect the leak.

Cindy Myers, a registered nurse from Nebraska who drove up to take pictures of the spill, warned that there could be serious consequences if any benzene used in the transportation of heavy oil from Canada's oilsands, gets into drinking water. Myers had been campaigning against TransCanada's proposed Keystone XL pipeline, an expansion project that was rejected last November by U.S. President Barack Obama.

"It really does confirm my fears," Myers said in an interview with National Observer. "This can happen and it does happen."

TransCanada was alerted to the problem on Saturday by a farmer and said that it quickly shut down the pipe to prevent further oil escaping.

The Keystone pipeline — in service since 2010 — can handle 590,000 barrels of crude per day and is a major route for Alberta oil on its way to refineries in Illinois and Oklahoma.

Converse All Star WeiÃŸ GÃ¼nstig
Aerobic exercises, weight training exercise, protein shakes, just how can anybody continue to keep every one of the requirements of body building with their go at one time? The tips you'll read listed here are simple, efficient and time-evaluated, providing you the greatest function-out achievable within the quickest timeframe. Read on to determine how!

Ensure you're only alcohol consumption in moderation. For all those beneath 65, this means you shouldn't drink more than two sunglasses a day. If you're more than 65, which means you shouldn't drink a couple of window a day. If you're likely to drink alcohol attempt drinking wine as an alternative since it's demonstrated to gain wellness in small dosages, in contrast to drink or tough liqueur.