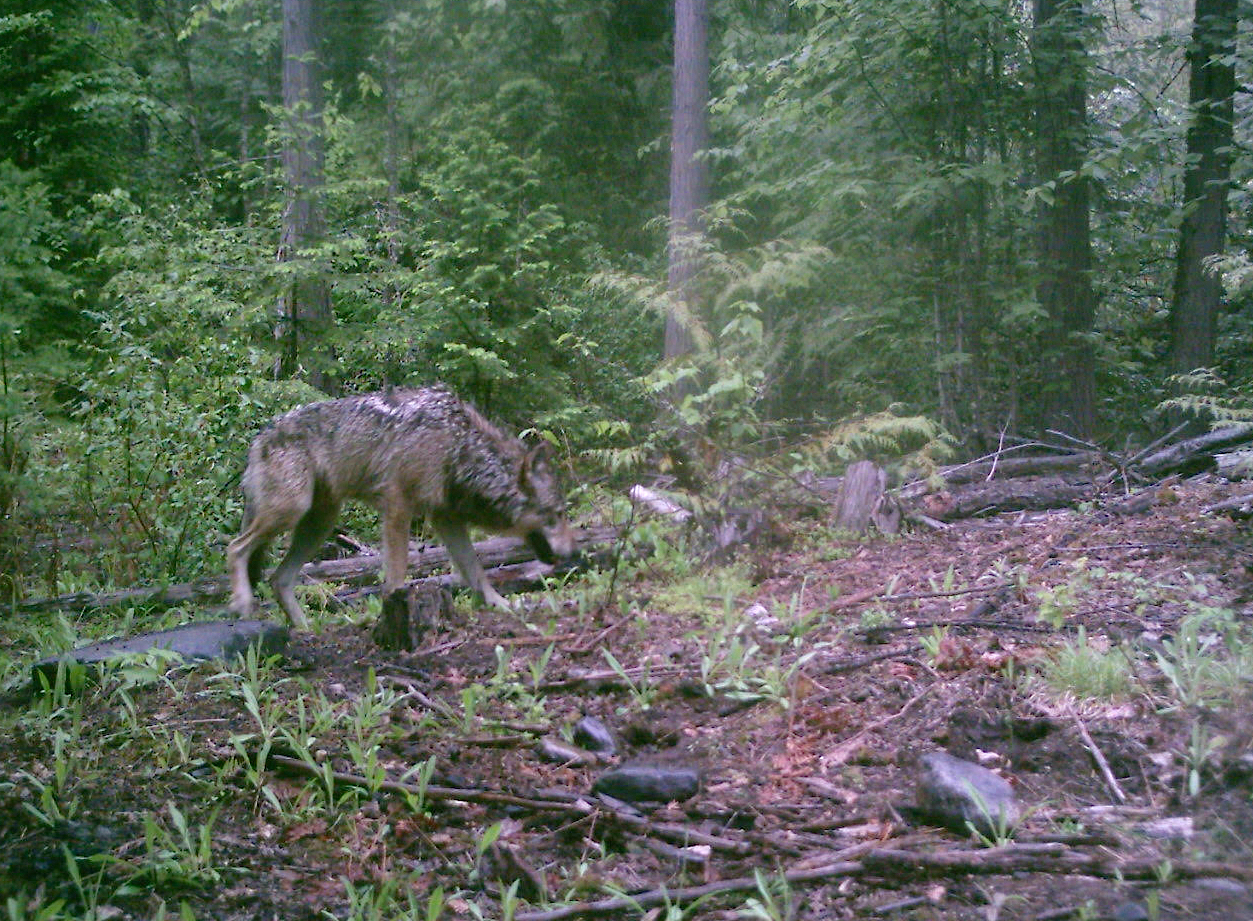 The wolf pads through the northern British Columbia forest, unaware that GPS is tracking its movements via a radio collar around its neck.

When the wolf rejoins its pack, that’s when the killing begins.

Descending from the sky in a helicopter, government contractors shoot all the non-collared wolves.

But they leave the radio collared one alive. It’s the Judas wolf, the one that unwittingly betrays the others.

Despite repeated denials from the British Columbia government over the use of a so-called “Judas wolf,” in the provincial wolf cull, meeting minutes National Observer obtained indicate otherwise.

In the minutes included with the Peace River Regional District report of March 1, 2016, Chris Addision is asked to comment on the success of the woodland caribou and wolf control program in 2015 and whether it will be continued.

Addision is the director of resource management for the Department of Forest, Lands and Natural Resource’s Management and Major Projects branch in Fort St. John.

Addison told the meeting that they culled 73 wolves in the South Peace Region, but were hoping for more and that in five years they hope to kill about 700 wolves.

“They have collars on the wolf packs; they kill all non-collared wolves within the pack,” Addison said at the meeting.

Reached for comment, Addison deferred the call to B.C. government public affairs. As of deadline, a Forest, Lands and Natural Resources media spokesperson said he was checking on whether or not the government has used a Judas wolf.

B.C. government has previously denied use of a Judas wolf

For months now, the Wildlife Defence League (WDL) has insisted that the B.C. government has been keeping a collared wolf alive and using it as a Judas wolf year upon year to track other wolves in the region.

In late February, the WDL released audio of an interview in the South Selkirk they had conducted with a former wildlife guide who described the government’s use of the Judas wolf.

'You got a radio collar on it and they know where the one is at. They leave that one with a radio collar to live. Now they can come back and he’s got buddies, better take them out.”

On Friday, Tommy Knowles, executive director of the WDL said Addison’s comments in the minutes seemed to point to the existence of the Judas wolf.

Before joining the B.C. government, Addison worked as a field director with the Guide Outfitters Association of B.C. (GOABC), the organization that represents guides who help lead non-resident big game hunters to their prey.

In 2006, Addison wrote an article for Mountain Hunter magazine in which he talked about how "hunters are advocates for the wildlife they pursue."

"As a Biologist, I know this often sounds counterintuitive to my colleagues, especially those who are not hunters. I often tell these contemporaries of mine that I have had more impact on wildlife stewardship and conservation in the past year, since I have worked for GOABC, than I have in the previous 10 years of my career in government, consulting, and with NGOs."

Addison also worked as a regional survey biologist with the Washington State Department of Fish and Wildlife. There, among other things, he developed “skills in aerial and ground-based telemetry using GPS-equipped and VHF-only tracking collars.”

For its part, the B.C. government has adamantly denied the use of a Judas wolf.

Previously, Forests, Lands and Natural Resources spokesperson Greig Bethal told National Observer in an email exchange that while wolves have been radio-collared, “there was not a lone collared wolf left behind last year as a ‘Judas’ wolf.” His statement appears to contradict Addison's comment that "they kill all non-collared wolves in the pack."

The wolf cull has been mired in controversy since it began. The province’s practice of using snipers in helicopters to gun down grey wolves has drawn criticism from the likes of pop star Miley Cyrus and film actress Pamela Anderson.

The cull has also drawn the ire of conservation groups. In January, Pacific Wild and Valhalla Wilderness Society asked for a judicial review in B.C. provincial court. They hope to determine if the B.C. government’s wolf cull reasonably constitutes proper management of the species.

In early February, Ian McAllister wrote an open letter to B.C. Premier Christy Clark and Addision, among others, criticizing how the natural resources ministry solicited public input on the angling, hunting and trapping engagement website.

McAllister expressed concern that the website was difficult to navigate and rife with technical errors, making it impossible for many people to submit their opinions on proposals for the escalation of trophy hunting of bears and wolves in B.C.

There were allegedly more than 70 documented cases of people unable to submit their opinions though the site because of technical difficulties.

CORRECTION April 8, 4:43 p.m.: A previous version of the article stated that WDF had recorded an interview in the South Peace area. This has been corrected to South Selkirk.

Shorts Boden
Zinc is a wonderful vitamin to take, because it will help you kill inside germs. This is significant, as it is advisable to take away the factors that play a role in the hair damage. Go on a zinc nutritional supplement or take in foods that have a great level of zinc for best effects.
Oxymetholone 50 Mg
If you want to fill in your brows but get pencils way too unpleasant-seeking, try out a brow natural powder that's a lttle bit less heavy than your hair coloration. Powder supplies a gentler look and it is quicker to mix than waxy pencils. You can establish the natural powder utilizing a brow gel or perhaps a dab of crystal clear mascara.
Oral-Ou-Injectable-Steroids
When you are at first phases of joint inflammation, it is crucial which you take care of your condition the most effective that you could so you may not wind up not being able to use whatever appendages are influenced by arthritis. Do what you are able when you can prior to the issue gets out of control
Equipoise-Kur

Jordan 11 Black
Build a styled blog site as outlined by what you are talking about. For example, in case you have an agriculture weblog, build up your colors and design close to land streets and corn job areas. Colors that seem unnatural will be more more likely to turn individuals away from from looking at and taking pleasure in your blog.
Suits Bristol
When you drop your work, you may be thinking you have to choose one within the same industry. Why? Alternatively, look at what in addition you'd love to do. If you have the abilities coming from a interest or experience, better still! Otherwise, can you go back to institution to acquire what you require?
Mesterolone India
What do you need your part switch to do? Do you need it to mute the ipad tablet or locking mechanism the rotation? Properly, you have the choice! Head to Options > Standard and you'll find you can pick which the button does by selecting Secure Rotation or Mute under Use Side Switch To.
Shorts Quotes