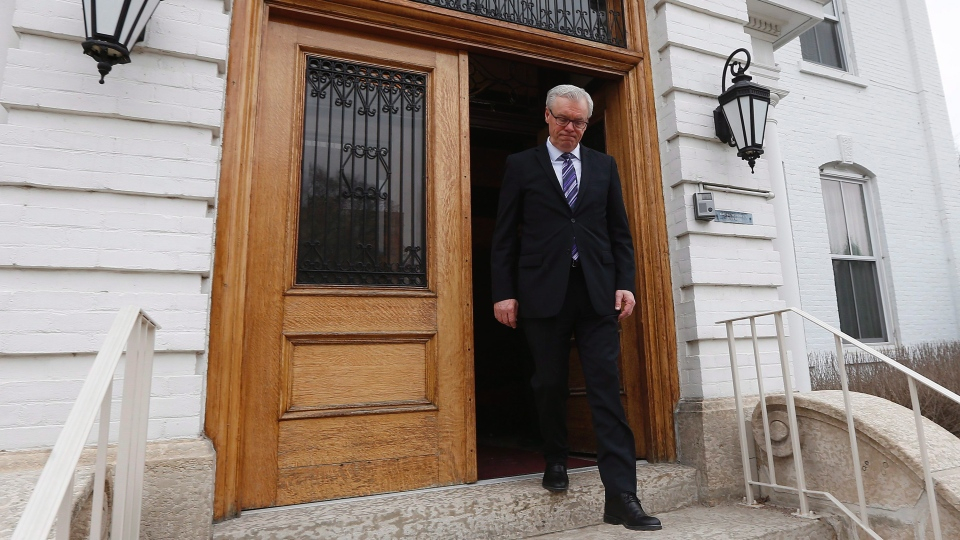 A five−week−long, often−negative Manitoba election campaign drew to a close Monday with more signs that the Progressive Conservatives are set to leap from Opposition to government.

Opinion polls have shown a solid Tory lead throughout the campaign. The governing NDP has steadily trailed by 20 points or more.

Voters have not let Selinger off the hook for breaking an election promise in 2013 and raising the provincial sales tax, said Karine Levasseur, who teaches political science at the University of Manitoba.

"I think there was a deep−seated hope within the NDP that Manitobans would forgive him for increasing the PST if there was enough buy−in that ... Greg Selinger is still the one person (people) can count on to ensure that health care is still going to operate the way it needs, that services are going to be delivered and they’re not going to be cut," she said.

Kelly Saunders, an assistant professor at Brandon University, said the NDP didn’t help themselves by making a "really odd" decision to focus on Selinger in their campaign ads, given his low personal popularity.

Selinger, whose leadership barely survived a caucus revolt last year, showed no signs of worry Monday. In an interview in his St. Boniface constituency, he expressed no regrets about his party’s campaign.

"Sometimes we wish we could have been able to convey ... and get more attention to the policy side of the discussion, but we’ve put out a solid program," he said.

The Tories last held power in Manitoba in the 1990s under Gary Filmon. The New Democrats have been in government for 16 years.

The campaign took a negative turn last week, when Selinger called Pallister "homophobic" and suggested the Tory leader release personal financial information in case he had any undisclosed financial holdings.

Pallister, a former MP who owns a vacation home in Costa Rica, has been on the defensive in recent days over the amount of time he has spent there, and the NDP has continued to suggest he has been inconsistent on his holdings in the Central American country.

Pallister has called some of Selinger’s assertions "desperate lies" and a distraction from issues such as long health−care wait times.

The wild card has been the Liberal party, which held one legislature seat before the election was called, but which had been polling high as recently as December. The Liberals suffered a series of gaffes on the campaign trail and recent polls suggest they have dropped back to historical low levels.

Saunders doesn’t think the NDP’s attacks on the Tories will sway undecided voters, but could convince them to not show up.

Turnout at advance polls, which closed Saturday, was up 39 per cent from the last election. About 109,000 voters cast ballots early, according to Elections Manitoba.

"Those undecided voters that might have been close to making a decision, (may be) saying now, ’This is ridiculous. We can’t trust any of them ... so either we’re going to decline our ballot or we’re going to choose to stay home.’"