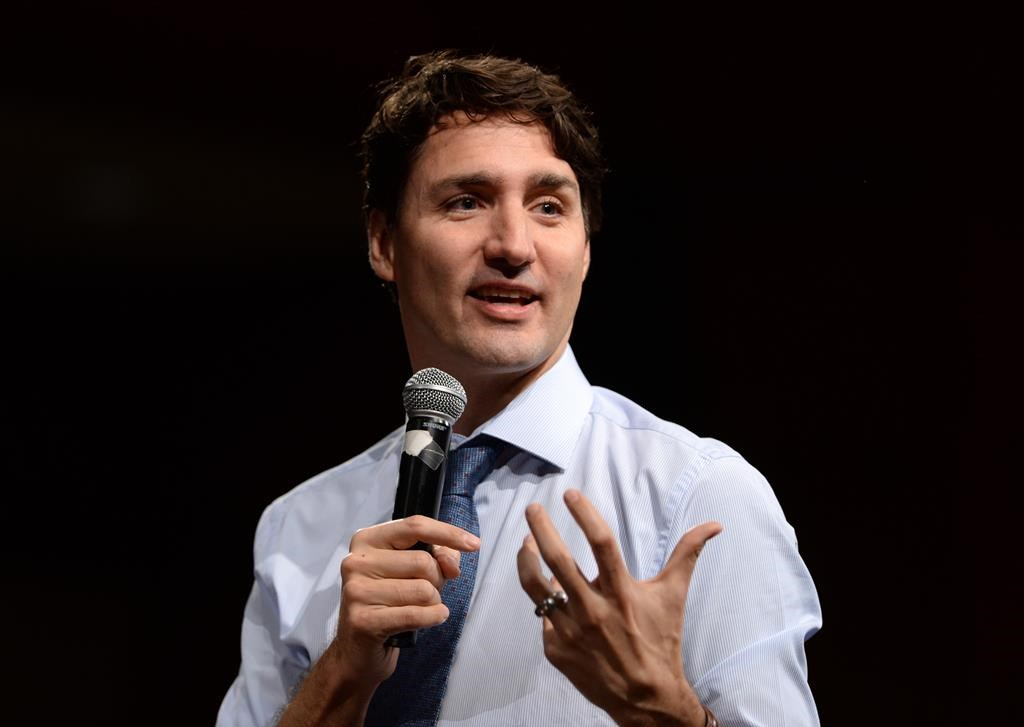 Putting his signature to the Paris accord was the easy part. The hard part comes next: reducing Canada's greenhouse-gas emissions by 30 per cent over the coming decades.

Canada is nowhere near that target — emissions continue to rise, and a national plan has yet to be worked out. But the prime minister promised his peers he'd remain committed to it.

"Today, with my signature, I give you our word that Canada’s efforts will not cease," Trudeau told the UN's General Assembly hall, with dozens of other leaders seated in the crowd.

"Climate change will test our intelligence, our compassion and our will. But we are equal to that challenge. I encourage other signatories to move swiftly to follow through on their commitments."

The agreement enters into force once it's signed by 55 countries accounting for 55 per cent of global emissions, a threshold it appeared to have clearly surpassed Friday.

The new pact differs from the old Kyoto accord in several important ways:

— Every major emitter has set individual targets under this one — unlike Kyoto which included fast-developing countries.

— It does not include broad global emissions targets, nor is it binding.

— It does include a mechanism that will report on each country's progress.

The broad goal of the agreement is to keep global temperatures from rising less than 2 C from pre-industrial levels, in an effort to stave off the most catastrophic effects of rising sea levels.

Trudeau received warmer-than-normal applause from the hall when he spoke about the particular challenge facing poorer countries: How to cut emissions, when their economies are growing fastest?

"They shouldn't be punished for a problem they didn't create, nor should they be deprived the opportunities for clean growth that developed nations are now pursuing," he said.

He drew more applause upon mentioning the $2.65 billion his government budgeted for international-assistance programs geared towards clean-energy programs.

Trudeau's domestic opponents said they're worried about those costs.

The Conservatives said they're not opposing the actual emissions target — which they actually set when they were in power. But they say Trudeau hasn't been straight with people. They pointed to the Parliamentary Budget Officer's finding that hitting that target could shave one to three per cent off the national economy by 2030.

"The Liberals are misleading Canadians by saying everything is a win-win, while not accounting for the true economic costs," said a statement from critic Ed Fast.

"Fighting climate change is serious business and Canadians need to be prepared to have a frank discussion about who pays for it."

During his New York trip, the prime minister was pressed about the challenge Canada faces as an oil producer. At a question-and-answer session at New York University, one student asked why he campaigned on climate change but appeared to be supporting oil.

Flexibility is key, Trudeau replied, saying a strong economy means more wealth, which can be invested in policies that lead to a clean-energy future.

The prime minister's New York trip concludes Friday with a press conference and bilateral meetings with the presidents of Colombia and France.