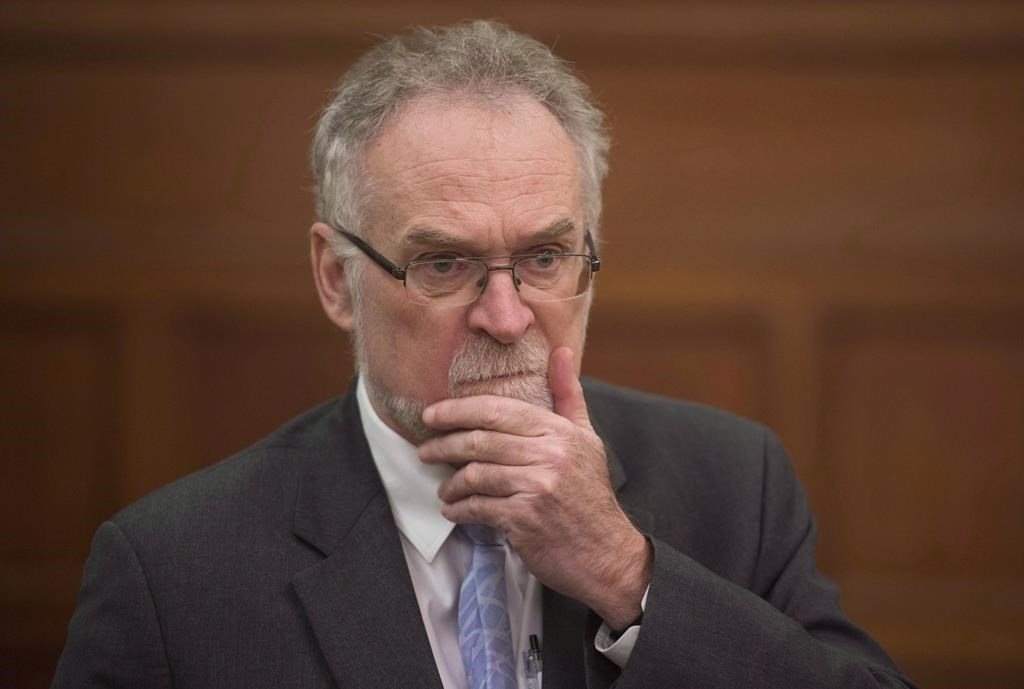 The latest report from the federal auditor general urges Veterans Affairs to get a grip on its medical marijuana program for injured ex−soldiers, which is expected to cost taxpayers a startling $25 million this year.

Michael Ferguson says it’s just one of the programs where the federal government has critical data available to it that’s either not usable, not used or not acted upon at all.

The report tabled Tuesday in the House of Commons also looked at the dire condition of the army reserves, the federal government’s inability to detect and prevent refugee fraud, and the uncertain impact of the former Conservative government’s $400−million venture capital action plan.

But with medical marijuana for veterans, Ferguson paints a picture of program out of control.

He says the federal department long ago recognized the need to contain the prescribed pot program by imposing a limit on how much the government is willing to pay per gram, but usage levels and costs continue to climb.

Veterans Affairs has covered medical marijuana costs since 2008, but more vets have applied since the regulations were overhauled three years ago, sending the cost through the roof — Ferguson says it will soon account for almost one−third of all federal drug coverage for ex−soldiers.

Tuesday’s report finds that officials saw the tidal wave of higher medicinal pot expenses coming, but did little to prevent it.

"We found that before these new regulations were passed, department officials had identified that they would likely cause an increase in the number of veterans requesting marijuana for medical purposes, increasing the department’s expenditures," said the audit.

Officials had documented that commercial suppliers were charging up to $14 per gram, almost triple the federal government’s estimate, it notes.

"Despite acknowledging this in advance, it did not establish a dollar limit for covering marijuana for medical purposes."

The audit also found the department does not effectively monitor high−risk drug utilization among veterans, nor does it effectively manage its drug benefits list.

Veterans Affairs says it’s willing to pay for up to 10 grams of marijuana a day, per veteran — twice the threshold recommended by Health Canada. Ferguson questioned whether the department was doing the right thing and warned the policy could lead to some ex−soldiers getting hooked.

"According to an internal departmental briefing document, Health Canada indicated that more than five grams per day may increase risks with respect to the drug’s effect on the cardiovascular, pulmonary, and immune systems, and on psychomotor performance, and may increase the risk of drug dependence," said the report.

"Despite the awareness of these potential risks, we found that the department had set the limit at 10 grams per day per veteran, and that in rare circumstances it could increase this limit after consulting with a veteran’s health care provider."

The department agreed with the auditor’s concerns and said it had hired a pharmaceutical adviser to development guidelines in conjunction with other departments.