A tale of two communities in crisis: Fort McMurray and Attawapiskat 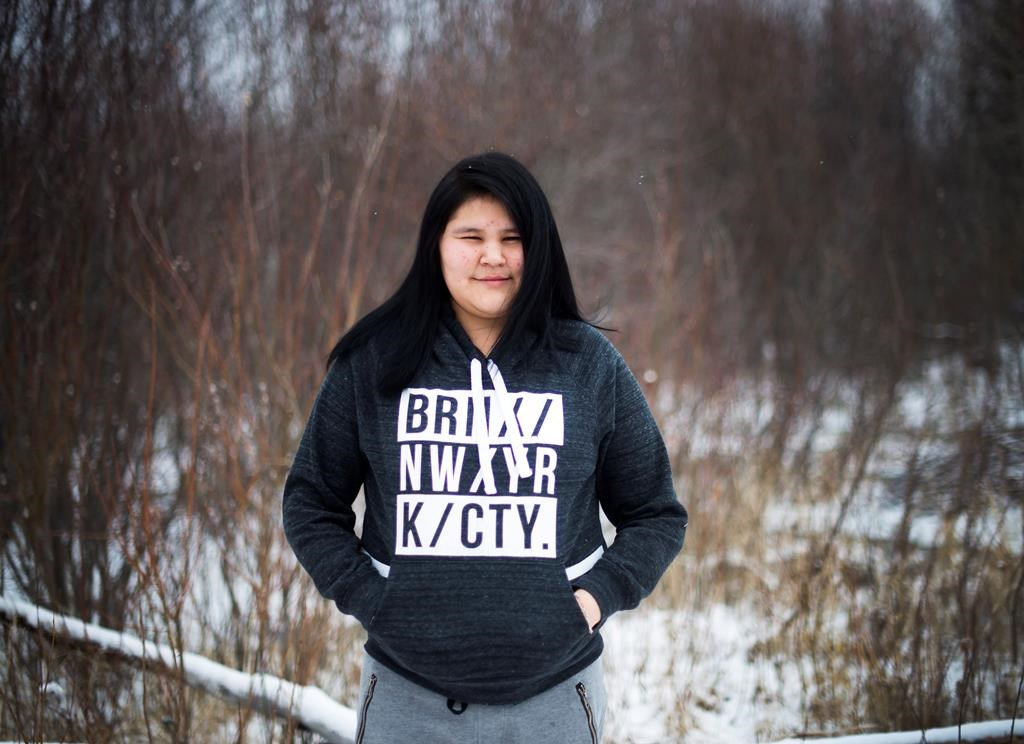 Rebecca Hookimaw, a resident of Atttawapiskat, whose 13-year-old sister Sheridan Hookimaw killed herself in 2015. Photo by Canadian Press.
Previous story
Next story

Crisis situations are shaking two Canadian communities to their very core – the terrifying wildfires that destroyed Fort McMurray, and the epidemic of attempted youth suicides on the Attawapiskat First Nations reserve.

The question arises: Why are billions of dollars being pumped in to deal with one crisis while the other is all but being ignored?

By the time Fort McMurray is rebuilt, it’s likely that governments will have spent $2-billion or more. Donations from Canadians will reach into the millions. And a representative of one of the big insurance companies estimated they will be required to pay as much as $9-billion to restore homes and businesses.

I have no quarrel with anything that is being done to help the people and community of Fort McMurray. The destruction and emotional distress suffered by residents is taking a heavy toll. Like thousands of other folks, I have made a financial contribution.

What I do object to is that, in comparison, the federal and Ontario governments are doing practically nothing and spending a pittance to alleviate the suicide crisis in Attawapiskat, a poverty-stricken, isolated community of 2,000 located 720 km north of Sudbury.

Following an urgent appeal for help, the federal and Ontario government sent a handful of medical specialists to comfort the young people.

The support didn’t help much.

Last week, on the second day of the fires in Fort McMurray, Attawapiskat experienced nine suicide or overdose attempts.

Chief Bruce Shisheesh of Attawapiskat urgently contacted Prime Minister Justin Trudeau and asked for a second meeting. He told Trudeau it was now "a matter of life and death" in his community.

"While the efforts of your ministers is appreciated to date, it falls short [of] finding Attawapiskat has been under a state of emergency since early April, with chief and council saying it has been overwhelmed by ongoing suicide attempts.”

The Prime Minister’s Office replied that Prime Minister Trudeau could meet with Indigenous leaders in Ottawa — when it was convenient to both parties.

Earlier, Trudeau charmed Indigenous leaders and reserve folks with vague promises and double-talk: “I don’t want to pretend that any of us have the answers to the challenges facing Indigenous peoples in Canada, but what I will tell you that as a country, we can build those answers.”

Clearly, compared to the human touch extended to the victims of Fort McMurray, governments are being callous in their responses to the Attawapiskat crisis.

Where is the empathy in those kinds of promises?

A lack of money is not the problem. The federal government is sitting on about $4-billion to be used to improve lives, particularly education facilities, on reserves.

What is hard to understand is why the federal government isn’t dipping into its stashed away billions to assist First Nations communities such as Attawapiskat.

If respect for human life is a factor, surely the greatest threat is at Attawapiskat. In Fort McMurray, luckily, only two people lost their lives, due to a vehicle accident. In Attawapiskat a 13-year-old girl committed suicide last October. Since last fall, others have died and there have been more than 100 suicide attempts in the community.

Children – kids who should be growing up bright and enthusiastic – are trying to kill themselves.

The federal government could use one of those giant aircraft being used at Fort McMurray to airlift gifts to the depressed children into Attawapiskat. It would be great if they were given all kinds of things they’d love to have – from computers, to new bicycles, to dolls, etc.

Instead of loaning psychiatrists and medical support to the sad little hospital on the reserve, staff levels should be doubled or tripled until well after the suicide crisis is over.

Much of the housing on the reserve is inhabitable and contributes to suicidal feelings and other problems. The same military planes that were used to help Fort McMurray should be deployed to air-lift new pre-fabricated houses and community buildings to Attawapiskat.

I contend that the decades of poverty, the murder of more than 1,000 women, the many youth suicides, and the general degradation of a race of people deserve equal attention to the aid and love being bestowed on Fort McMurray.

So, why is one crisis receiving massive support, while another, perhaps more serious in some ways, is getting little attention?

Governments and the public reacted so positively and so quickly to the Fort McMurray situation because the fire was so immediate and horrific. Now millions will be spent to allow the energy companies to get back to scraping up oil sands.

While I don’t have a lot of faith in Liberal governments, I am surprised that, given the strong stand Trudeau has taken concerning aboriginal issues, he hasn’t taken more action more quickly.

On the other hand, the problems on reserves such as Attawapiskat have been with us for generations. While there have been improvements in the attitudes of many Canadians toward Indigenous people, many others still don’t think they should be helped.

If there were overwhelming pressure on the government to help Attawapiskat, it would be happening. Of course, if a non-aboriginal community were threatened by dozens of children trying to commit suicide, government and public response would be overwhelming.