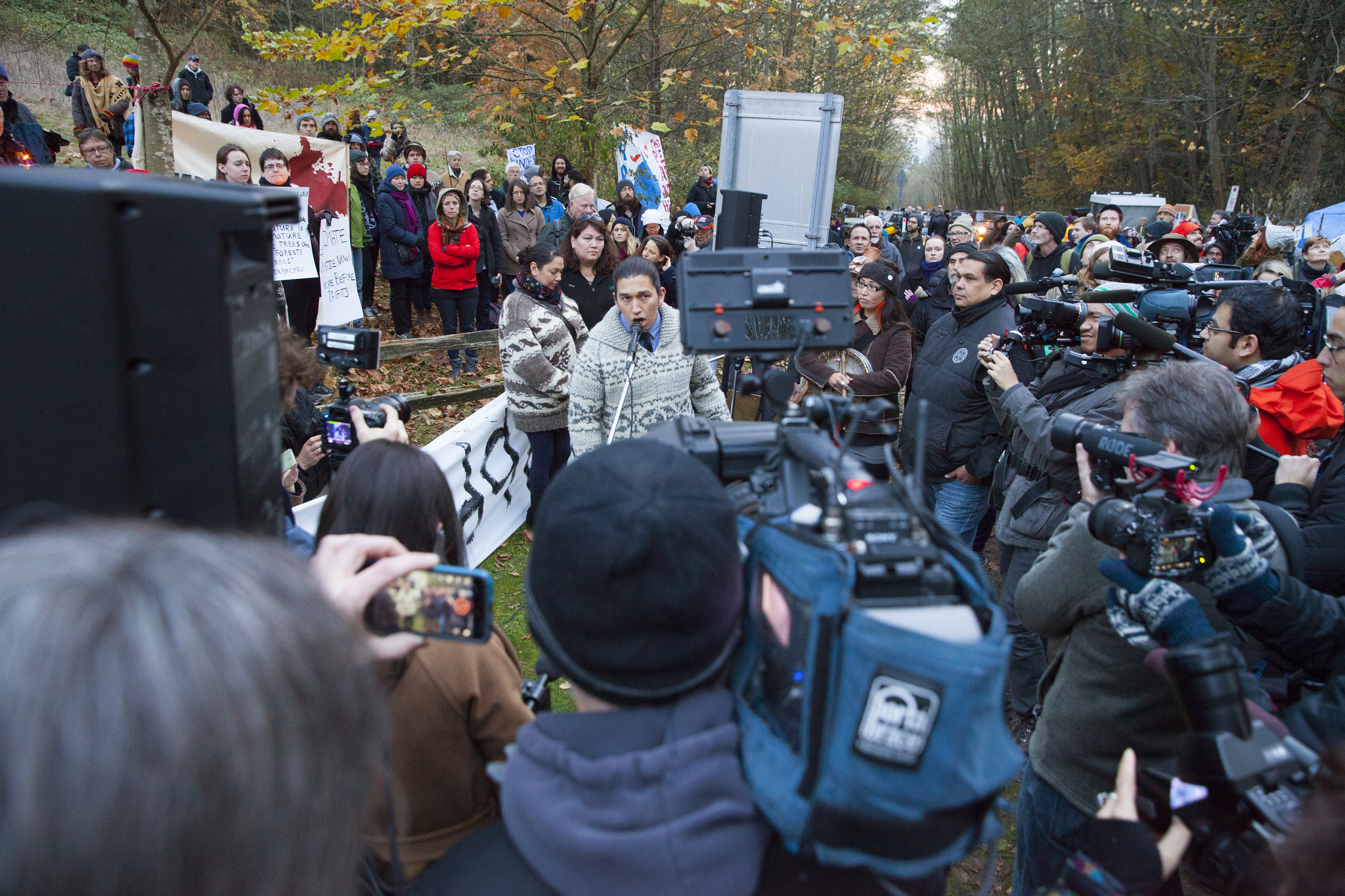 The National Energy Board (NEB) has recommended approval of the controversial Kinder Morgan Trans Mountain expansion project, subject to a whopping 157 environmental, financial and technical conditions.

The 533-page submission, released Thursday, determined the project would not likely cause significant adverse environmental effects or result in a catastrophic spill, as long as the Texas-based oil giant implements its own environmental procedures, and follows the NEB’s stipulations closely.

“When companies follow our rules… pipelines provide a safe and reliable way to move oil and gas products,” Iain Colquhoun, the NEB's chief engineer, told reporters in a technical briefing. “These requirements touch on everything from the type of materials used to build the pipeline to the steps that must be taken to protect people and environment.”

If approved by the federal government later this year, the Trans Mountain expansion would add 987 kilometres of brand new pipeline to triple the capacity of a system that currently transports 300,000 barrels of oil per day from Alberta’s tar sands to ports and refineries in Vancouver and Washington.

Prime Minister Justin Trudeau's government has previously announced that the project would undergo an additional review, including new consultations with local communities and a climate change test to determine whether it should proceed.

The 157 conditions placed on the expansion include requirements for project engineering and safety, marine shipping, emergency preparedness and response, environmental protection, people, communities and lands, financial responsibility. Overall, 58 of these conditions pertain to the environment, including nine for air quality and greenhouse gas emissions.

In its submission, the NEB wrote that it considered all arguments for and against the project from Indigenous communities, academics, scientists, and local politicians over more than a year of review.

It did not however, consider the upstream and downstream greenhouse gas emissions of the expansion — emissions related to the extraction and production of oil shipped in the pipeline — when it determined the project would generate more than 1 million tonnes of emissions annually.

As a result, the NEB has required Trans Mountain to quantify the total direct greenhouse gas emissions after construction and develop an offset plan for those emissions. This is the first time the NEB has required a proponent to offset its emissions, but environmental organizations weren't satisfied with the stipulation.

"It ignores the much larger emissions upstream and downstream of the project, which is the real climate impact," Sven Biggs, campaigner for Stand, told National Observer. "That’s the kind of climate assessment that environmentalists and communities have been asking for. Of course we’re disappointed that was something the board did not look at, and it's not something the new ministerial panel would look at either."

The project is controversial in British Columbia, with a slim majority of respondents opposed to the pipeline in 2016, according to a survey by Insights West.

The board’s panelists appeared confident in their assessment, but stuck to formulaic, pre-packaged responses when answering questions from press.

When asked how it concluded that the project was in the best interests of the public, despite overwhelming opposition from at least 17 Indigenous communities, the NEB's chief environment officer Robert Steedman responded that the NEB had fulfilled its consultation “requirements.”

Rueben George, spokesperson for the Tsleil-Waututh Nation, said he wasn't impressed with the NEB's findings. The Tsleil-Wauthuth Nation has taken the panel to court to challenge whether it fulfilled the government's duty to consult them regarding the Trans Mountain project.

“Our concerns for the potential negative impact of an oil spill on the local economy and the irreparable damage to our traditional lands and water is simply a risk too great to accept,” he said in a press release Thursday morning. “That is why we have already rejected the Kinder Morgan pipeline proposal based on our own review process.”

Construction could begin next year

The panel’s recommendations were submitted to the Minister of Natural Resources, and the federal cabinet will make a final decision by December this year on whether the expansion should proceed.

The government could either dismiss the application, approve it, or request that the NEB reconsider its recommendation. If approved, construction could begin in 2017, and would likely be completed by 2019.

The NEB's assessment had been dogged by accusations of bias and controversy, including a temporary disruption that suspended the process after the former Conservative government announced last summer that it was appointing a former Kinder Morgan consultant, Steven Kelly, as a new member of the NEB, right before the fall federal election campaign. The controversial appointment forced the regulator to put the review on hold as it took steps to ensure that Kelly's appointment wouldn't create a conflict of interest.

The NEB was also criticized for declining to consider a report from the National Academy of Sciences that found diluted bitumen sinks in water. The federal process has also failed to consider the effects of burning the heavy crude blend, which would account for 90 per cent of the project’s global climate impact.

“The fact that we’re still in a position where we have to fight this pipeline angers me," said Lynne Quarmby, the head of Simon Fraser University's biochemistry and molecular biology department and a former Green Party candidate. "There’s a lot of personal and financial resources being invested in fighting this pipeline when we could be taking the next step and building the transition.”

She said she was expecting that the NEB would approve the project since it has a reputation of being captured by industry.

- with files from Chris Adams