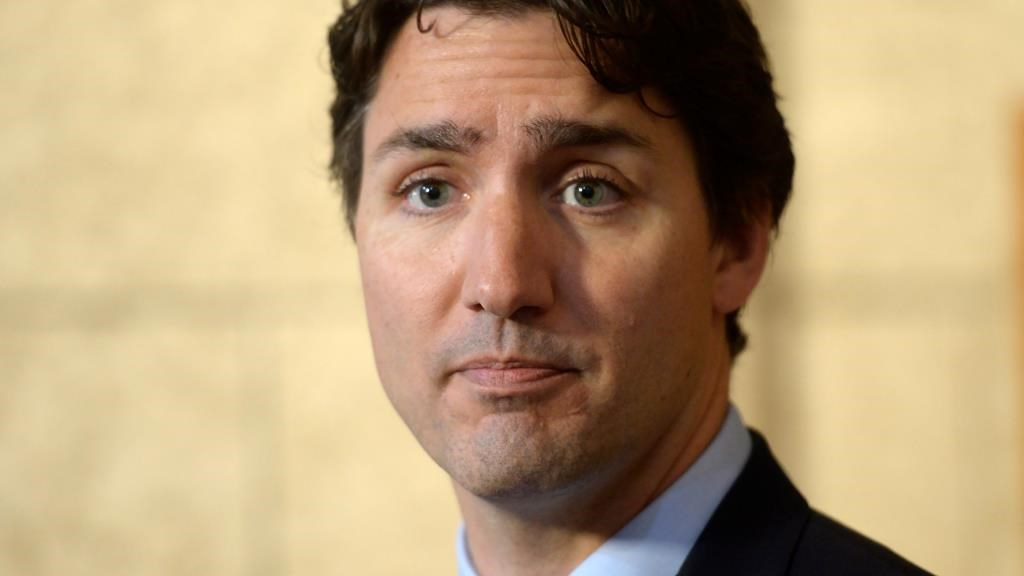 Prime Minister Justin Trudeau said that Tootoo's decision to leave was his own to press on June 1, 2016. Photo by The Canadian Press.
Previous story
Next story

Hunter Tootoo likely "hit a brick wall" before deciding to step down from his Liberal cabinet post in order to get help for a drinking problem — a struggle that's all too familiar to members of his family, his aunt said Wednesday.

"He has made his decision to get help, get treatment; he knows he has hit a brick wall," Rose Tootoo, 65, said in an interview with The Canadian Press.

"Hunter definitely is ... a very intelligent guy and I am so happy for him that he's decided that he should go for treatment ... Canada is watching."

The Tootoos, a prominent family in Nunavut, are far from alone in their struggles with alcohol, but their battles have been very public as a result of both fame and tragedy.

Rose's son Terence, a rising hockey star, was just 22 when he died by suicide in Brandon, Man., 14 years ago in the wake of a drunk driving incident.

His brother, 33-year-old NHL forward Jordin Tootoo, also documented his battle with alcohol — including a stint in rehab — in his 2014 book "All The Way: My Life On Ice."

On Wednesday, the New Jersey Devils winger surfaced on Twitter to acknowledge and congratulate his cousin for his show of courage.

It takes blood sweat and tears to stand up and ask for help from a real man. @HunterTootoo admitting is the 1st step. You got this cuz.

"It takes blood sweat and tears to stand up and ask for help," he tweeted, adding that "admitting is the first step. You got this cuz."

Rose said Jordin suggested she should get help for alcohol addiction but she was able to go "cold turkey" on her own.

"A year and some later, I'm still going strong," she said. "I ... can say that alcohol is not the answer in anybody's life ... it will kill you in the end. Alcohol is no answer to anybody."

In his statement Tuesday, the MP said he would resign both from his post as fisheries minister and from the Liberal caucus to avoid becoming a distraction from "the important work" of his colleagues.

"I have decided to seek treatment for addiction issues and ask for privacy at this time," said Tootoo, 52.

Dominic LeBlanc, the government's House leader, has assumed Tootoo's cabinet responsibilities as fisheries and oceans minister, including oversight of the Canadian Coast Guard.

Speaking outside of the Liberal caucus meeting Wednesday, Trudeau said Tootoo's decision was his and his alone, and that it followed "a very difficult situation."

"This was his own choice," Trudeau said. "We will have nothing further to say on this matter."

The prime minister's remarks, however, did not stop widespread speculation about what prompted Tuesday's surprise announcement.

Sources familiar with Tootoo's career as a member of the territorial legislature in Nunavut say he has a history of alcohol problems.

Police in Winnipeg, where Tootoo attended the annual Liberal policy convention on the weekend, went so far Wednesday as to publicly deny that they were ever involved in any sort of incident involving the member of Parliament.

"Winnipeg Police Service has no record of any official police contact with this individual," said Const. Robert Carver, a public information officer with the force.

"I cannot be more clear about that — no record."

Carver said that while Winnipeg police don't normally comment on cases involving individuals unless charges are laid, they chose to speak out due to a preponderance of media inquiries.

Tootoo's decision to seek help was widely applauded Wednesday by both colleagues and indigenous leaders, including Perry Bellegarde, the national chief for the Assembly of First Nations.

Liberal MP Andrew Leslie, the government's whip, said he has the "utmost respect" for Tootoo.

"I admire him greatly for stepping forward and identifying his problem, and being willing to embrace treatment starting right away," Leslie said in an interview.

"That takes a huge amount of courage, and I suspect he feels relief because I know he is a good and honourable man."