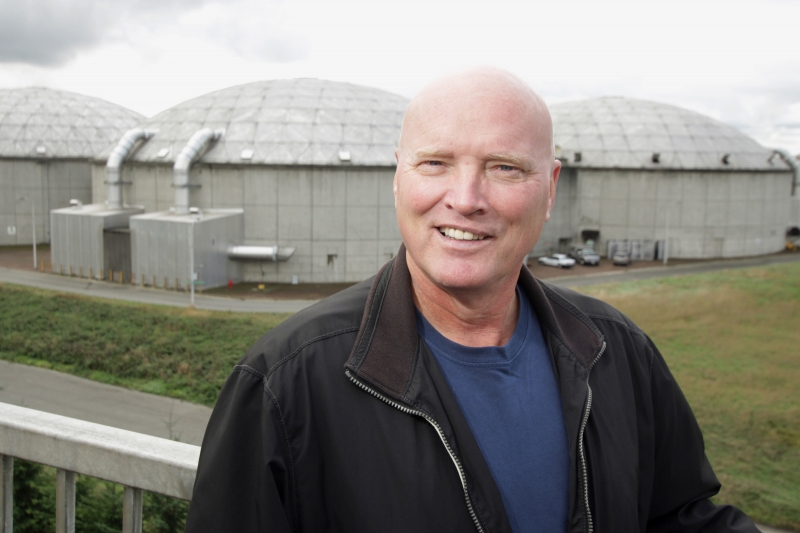 A British Columbia company has figured out how to get energy - and money - from raw sewage while reducing global warming.

International Wastewater Systems (IWS) takes “raw, black sewage,” filters out the solids, and passes the water through a heat exchanger. The latter extracts the heat from the water and sends it on to a building’s heat pump.

The now-cold sewage water rejoins the solid waste and continues on to the sewer system.

“The most sustainable energy in the world is ours because you use the same energy every day,” contends Lynn Mueller, IWS’s CEO.

“You use it, it goes down the drain and we recapture it and use it again.”

The heated water that the firm recovers comes from such every day uses as showering, laundry and dishwashing.

Mueller says all the wasted heat would end up in the rivers and oceans, but his company’s technology puts it to use instead.

“The world is warming up. It really is a major step forward in the fight to slow down global warming.”

As it turns out, a lot of energy just goes down the drain.

Mueller cites a study from the U.S. Department of Energy in 2009 that says 350 billion kilowatt hours annually of energy from American residences flows out of the homes.

That’s approximately 25 to 30 per cent of all the energy used in residential buildings across the U.S., according to Mueller.

That same energy adds up to a pile of money.

If energy is worth 10 cents a kilowatt for electricity, then tapping that wastewater means the market is potentially worth $35-billion in the U.S. alone.

Currently, IWS has installed its technology in some 15 or 16 buildings world-wide. Most are in Vancouver, but the company also sold one of its SHARC systems to a university in Scotland and is in the process of putting one in place for a wool processing plant in Australia.

The technology is meant for buildings. Right now the smallest footprint the system can serve is a 25-unit building, but Mueller says they’re trying to make the system smaller still.

The systems don’t come cheap. The smaller Piranha system meant for 25 to 200-unit buildings runs between $60,000 and $70,000 and is expected to pay for itself in heating savings within three to four years.

The SHARC system for larger buildings or district heating can cost anywhere from $300,000 to millions of dollars, depending on the size. Mueller says the system will pay itself off within three to seven years.

Selling the systems to buildings isn’t where the real money is, though.

IWS’s installation for the Borders College at Galashiels, Scotland, let the firm show how its technology could be used for district heating. They connected five utility rooms with a one-kilometre underground heat distribution network and linked the system to the town’s sewage facilities.

Mueller says the company is in the process of signing some major agreements in Europe with utility companies.

“Now utilities are recognizing there’s an opportunity to have a cash flow from sewage that they’ve never had before.”

The way it works is that International Wastewater System enters into a power purchase agreement with an institution, such as the Scottish university they supplied with a system.

The company sells them their energy and splits the proceeds with the water company (in this instance, Scottish Water), who puts up the money for the project.

At the same time, the U.K. has a renewable heat incentive that pays out 10 to 12 Canadian cents per kilowatt hour over 20 years.

“It’s a wonderful business model for us,” Mueller says. “It gives us a residual income for 20 years for a system. Normally, we’d just sell it and not get any more income.”

Because energy is so much more abundant in Canada, the market isn’t as promising in the short-term for sales to utilities.

Mueller laughs when asked what led him into the business in the first place. “Bad luck,” he replies.

As it turns out, the engineer comes from a long line of blacksmiths. Growing up on a farm in Rimby, Alberta, Mueller says they were so poor that the mice starved to death in their house.

As a child, Mueller didn’t have much - except for a natural aptitude for fixing things. He used to steal the gas engine from his mother’s washing machine and use it to build things like go-carts and lawn mowers. “If I needed something, I’d make it.”

While Mueller likes to come across in an “aw shucks” sort of farmer way, it’s clear that he’s a clever businessman.

He’s been involved in the heating and air conditioning business in one way or another for the last 40 years. In the 1990s, he ran a company called WaterFurnace, which at the time was largest manufacturer of geo-thermal heat pumps globally.

Mueller’s no less ambitious when it comes to his latest venture. The company posted $2-million in sales in 2015 and is on target to reach $10-million this year. The year after, Mueller wants to double that.

IWS began as a research and development company six years ago. Mueller and a partner put $4-million of their own money into the start-up. It took them four years to move the initial idea of heat recovery from concept to commercialization.

Originally, the plan was to build a local product around a local market - Vancouver - but as word got out about their technology they began to receive calls from outside of Canada. Two years later IWS has a staff of 20 and is doing business world-wide, Mueller says.

At the same time, the push to grow the firm is obviously placing financial pressure on it. In March, the company took out a $400,000 bridge loan from a private lender. Mueller says IWS is “solidifying” its financial position ahead of a private placement it will announce in the next few weeks.

Still, Mueller maintains his biggest challenge is continuing to educate the public about IWS’s technology.

“With the Paris Accord and with the emphasis now on reducing carbon emissions, we just need to get the word out that we’re in business.”