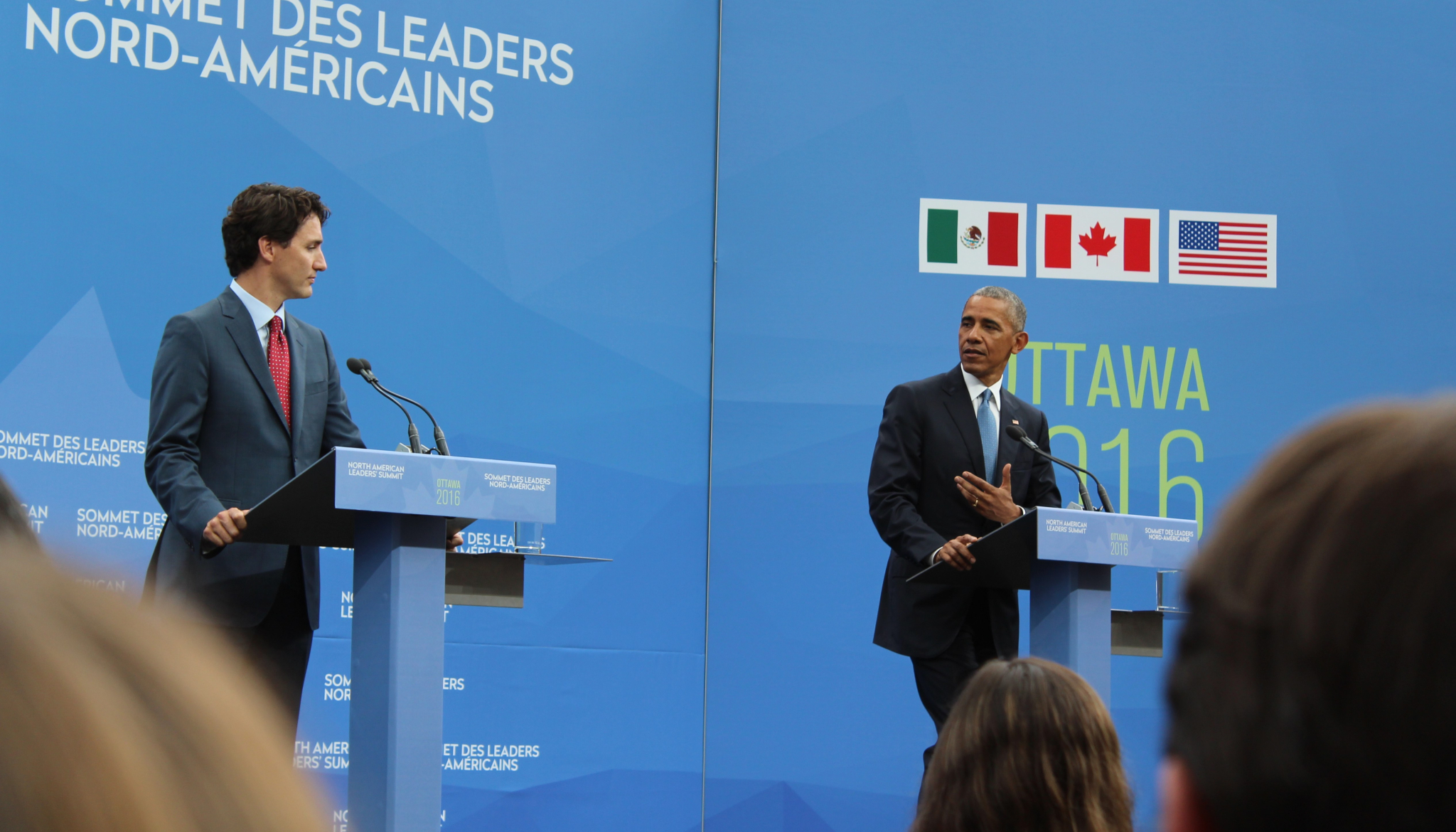 U.S. President Barack Obama scolded the doubters and praised the climate leaders in Canada's House of Commons on Wednesday as he called for urgent action on global warming, making it one of his key messages in a special address to Parliament.

With several premiers, including Alberta's Rachel Notley, Ontario's Kathleen Wynne, and Quebec's Philippe Couillard in attendance, Obama provided a powerful political endorsement for Canada and the rest of the world to rapidly bring the recently signed Paris climate change agreement into force in 2016.

The speech, which followed a warm introduction from Prime Minister Justin Trudeau, covered a wide range of topics including trade, inequality, international security and justice. It's the first address by a U.S. president to the Canadian Parliament in nearly 20 years.

U.S. President Barack Obama spent about four minutes of his address to the Canadian Parliament on June 29, 2016 to address the threat of climate change. House of Commons video.

President Obama spent about four minutes of the address highlighting the risks of climate change, while also praising Canada's largest oil-producing province, Alberta and its New Democratic government, for taking the issue seriously.

"This is not just a moral issue, not just an economic issue, it is also a matter of our national security," Obama said, drawing applause and ovations from politicians and invited guests of all political stripes. "For too long we’ve heard that confronting climate change means destroying our own economies. But let me just say, carbon emissions in the United States are back to where they were two decades ago, even as we’ve grown our own economy dramatically over the same period.

"Alberta, the oil country of Canada, is working hard to reduce emissions while still promoting growth. So if Canada can do it and the United States can do it, the whole world can unleash economic growth, and protect our planet. We can do this. We can do it.”

Alberta's premier welcomed the praise from the president.

I'm proud of our work to combat climate change in Alberta. Honoured to be recognized by @POTUS in his speech today. #NAS2016 #abclimate

"I'm very proud of the Alberta Climate Leadership Plan, led by (Environment Minister Shannon Phillips), Thanks for the shout-out today," she told Obama on Twitter.

The endorsement is significant because Alberta's New Democrats have been relentlessly attacked by the opposition Wildrose party, which has blamed Notley's government for the province's economic woes as the fossil-fuel dependent region region suffers from slumping global oil prices that have eliminated tens of thousands of jobs.

At times, the Wildrose has taken its criticism to extreme lengths and was even forced to apologize when some of its members compared the NDP government's new carbon tax to a 1930s drought in the former Soviet Union that killed millions of people in Ukraine.

This is the only planet we've got, Obama says

Obama, who is in the last year of his term as president, also told the Commons that climate change is the one threat that the planet will not be able to solve through military action.

"Glaciers, like Canada’s Athabasca Glacier, are melting at alarming rates," he said. "Tundra is burning, permafrost is thawing. This is not a conspiracy. It’s happening. Within a generation, Arctic sea ice, may all but disappear in the summer. And so skeptics and cynics can deny what’s right in front of our eyes. But the Alaska natives that I met, whose ancestral villages are sliding into the sea, they don't have that luxury.

"They know climate change is real. They know it is not a hoax. And from Bangladesh to the Pacific Islands, rising seas are swallowing land and forcing people from their homes. Around the world, stronger storms and more intense droughts will create humanitarian crises and risk more conflict."

Obama also said that the world needs to build and draw inspiration from the Montreal Protocol, signed in 1987 to reduce ozone-depleting substances in the atmosphere, in order to move forward.