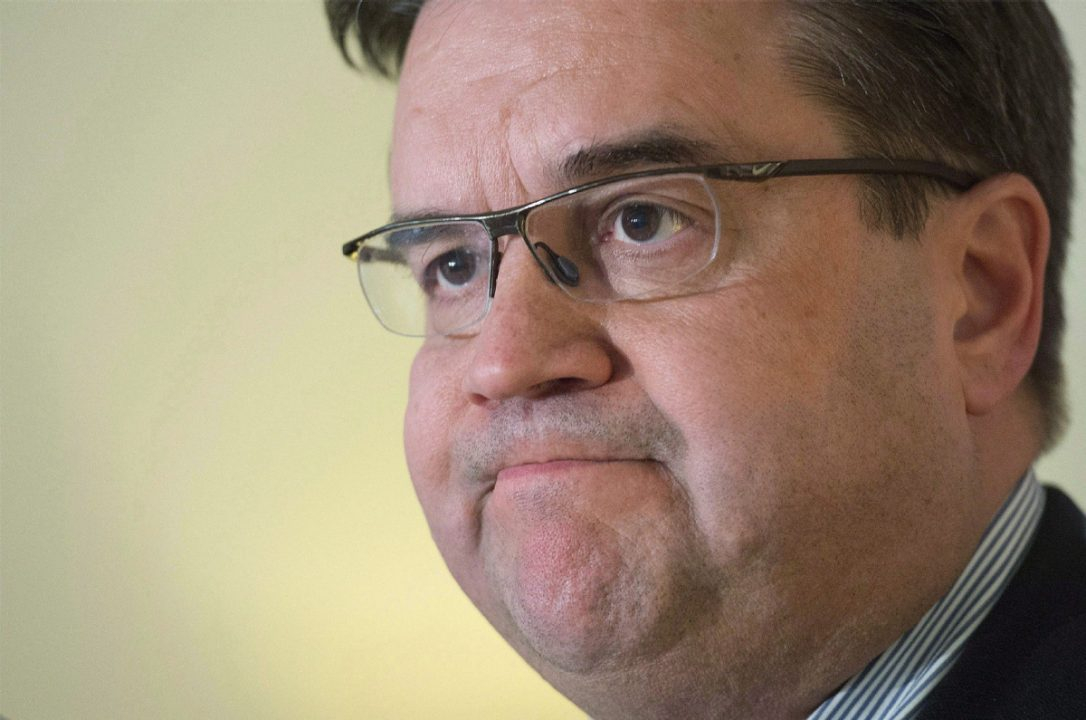 Mayors from 82 cities around Montreal and the Mohawks of Kahnawake have united with environmental groups in criticizing the credibility of Canada's pipeline regulator in the wake of the Charest affair. Montreal mayor Denis Coderre has criticized the regulator in the past but for the first time has now called for panelists to be replaced.

The regulator, Canada's National Energy Board, has maintained it did nothing wrong. But critics from the cities, First Nations communities, environmentalists and other stakeholders have found common cause calling for replacement of panel members reviewing the Energy East pipeline project.

NEB members Lyne Mercier and Jacques Gauthier are part of a three-member panel reviewing TransCanada Corp.'s proposal to build a 4,500 kilometre crude oil pipeline running from Alberta to New Brunswick. But the critics argue they should be removed for holding private meetings to discuss the project with several stakeholders, including former Quebec premier Jean Charest, while he was under contract with the Calgary-based pipeline company. The NEB rules require reviews to be fair, transparent and on the record, and critics say the meeting was inappropriate.

Last week, the National Energy Board's hearings on Energy East in Montreal were abruptly cancelled due to public uproar and protests, then suspended for the rest of the week.

The demands by the Mohawks and mayors were posted on the NEB website after the regulator solicited public comments on legal motions requesting that the panel members recuse themselves due to appearance of bias. Anyone who wished to participate in the review had until Wednesday to submit their comments.

Jocelyn Stacey, a professor of law at the University of British Columbia says that the NEB's request for submissions was a reasonable step but that "any review of the independence of panel members will have to be conducted by an external third party ... the classic rule-of-law maxim on bias is that no man should be a judge in his own cause."

Stacey noted in an email interview that the NEB's credibility problems have been accumulating, "The NEB's lack of independence from industry and government has been a repeated and escalating concern with each interprovincial pipeline review. My sense is that, because this is only a symptom of a larger problem, there is nothing the NEB can do in response to the most recent allegations of bias that can redeem the Energy East hearing."

Questions about credibility of pipeline regulator

By failing to address the questions about bias immediately, the Communauté Métropolitain de Montréal - which represents the 82 cities in the Montreal region - said the NEB called into question the overall credibility of its review of the Energy East pipeline.

"Therefore, there must be steps taken, as soon as possible, to ensure that the process led by the panel is free from any doubt that could call into question its objectivity or its impartiality," said the CMM in a Sept. 1, 2016 letter signed by Montreal mayor Denis Coderre and Suzanne Roy, the mayor of Sainte-Julie and president ex officio of the Union des municipalités du Québec. "In this context, we are asking that new panel members be named, before the NEB resumes its work in the review of the Energy East pipeline project. This is the only way to restore public confidence in the review of Energy East pipeline, and, in particular, regarding the objectivity and impartiality of the panel."

The Mohawk Council of Kahnewake, representing a First Nations community near Montreal, agreed.

"More specifically, the MCK submits that the facts outlined... demonstrate that Member Gauthier and Member Mercier did not comply with the NEB's Code of Conduct requirements and that their conduct gives rise to a reasonable apprehension of bias," said the council in a Sept. 7, 2016 letter signed by Francis Walsh, its legal counsel.

In a letter to the NEB, also dated Sept. 7, the Timiskaming First Nation wrote:

"TFN is deeply concerned about the actions of Board Members Gauthier and Mercier. The reviewing panel Members have created a dangerous precedent that if not addressed, will allow panel Members to use their respective influence to secretly address any issue that it sees fit [...] TFN is concerned that this practice will permit other panel members to wield their unfettered influence in future matters."

Équiterre wrote that it was especially concerned about Gauthier's possible bias, referencing an earlier letter from Nature Canada pointing to Gauthier's history as the CEO of LVM, a company that did contract work for TransCanada. Keith Stewart, writing on behalf of Greenpeace, said the "legitimacy of the NEB’s current regulatory review process has also been questioned by the current prime minister" and recounted the Trudeau government's promise to obtain "free, prior and informed consent" from First Nations on projects that affect them. He argued this consent would be impossible given the current state of the federal pipeline hearings.

TransCanada, meanwhile, told National Observer it did not make any submission to the National Energy Board about the panelists.

"As the developer of a project under review, our job is to abide by the directives issued by the NEB, including participation in panel sessions which means listening to questions and issues that are raised by interveners, and to address those questions to the best of our ability," TransCanada spokesperson Tim Duboyce said.

"It is not our job to cast judgment over the process."

Last week, Natural Resources Minister Jim Carr noted that the government was in the process of "modernizing" the National Energy Board, while adding that Canadians expected answers about what had happened.

"Independence and neutrality are fundamental principles for all of Canada's regulatory institutions, including those reviewing major projects such as the National Energy Board (NEB)," Carr had said in a statement on Sept. 1. "Canadians expect all regulatory institutions to address claims that the principles of independence and neutrality are not being respected."

"...We hope the situation involving the Energy East hearings will be resolved immediately to allow the process to continue so Canadians can voice their point of view on this important national topic."

The NEB seemed unaware that

The NEB seemed unaware that when its panel members showed up for a meeting with somwone in th mpluy of the proponent, they were in a perceived conflict of interest even before a word was spoken. As it turned out, the project was discussed although NEB spokespeople lied about yhis until the information was extracted through an access to informati0n request.

These facts and events suggest that the entire management cadre of the NEB should be replaced before any further “reviews” are completed or initiated.