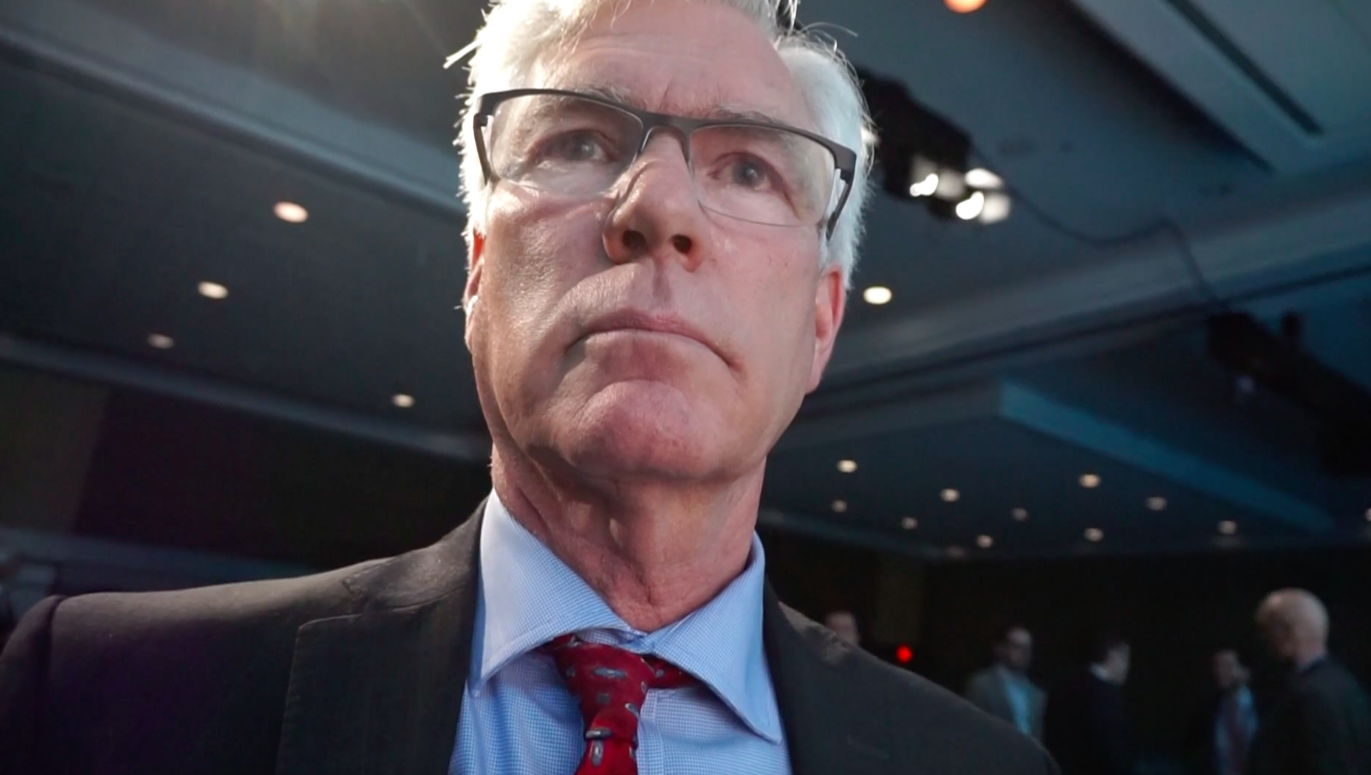 Natural Resources Minister Jim Carr says it is up to the embattled National Energy Board to sort out allegations that its hearings on the proposed Energy East pipeline have been compromised.

Public hearings into TransCanada's proposed 4,600-kilometre oil pipeline from Alberta to New Brunswick have been suspended following protests in Montreal and revelations that a TransCanada (TSX:TRP) representative met privately last year with two of the three panelists examining the pipeline bid.

Carr, speaking to Canadian reporters in a conference call from Mumbai, India, would not offer an opinion on the NEB panelists or the appearance of insider influence.

The Liberal minister says that under the existing law it is up to the National Energy Board to govern itself, adding he expects an announcement on the panelist complaint soon.

However the government continues to promise a broad overhaul of the national energy regulator in the longer term, including looking at the board's mandate and corporate governance.

Carr says there's plenty of time for the NEB to get the Energy East hearings back on track and said ultimately the decision whether to approve the pipeline will be up to the Liberal cabinet, based on what's in the national interest.