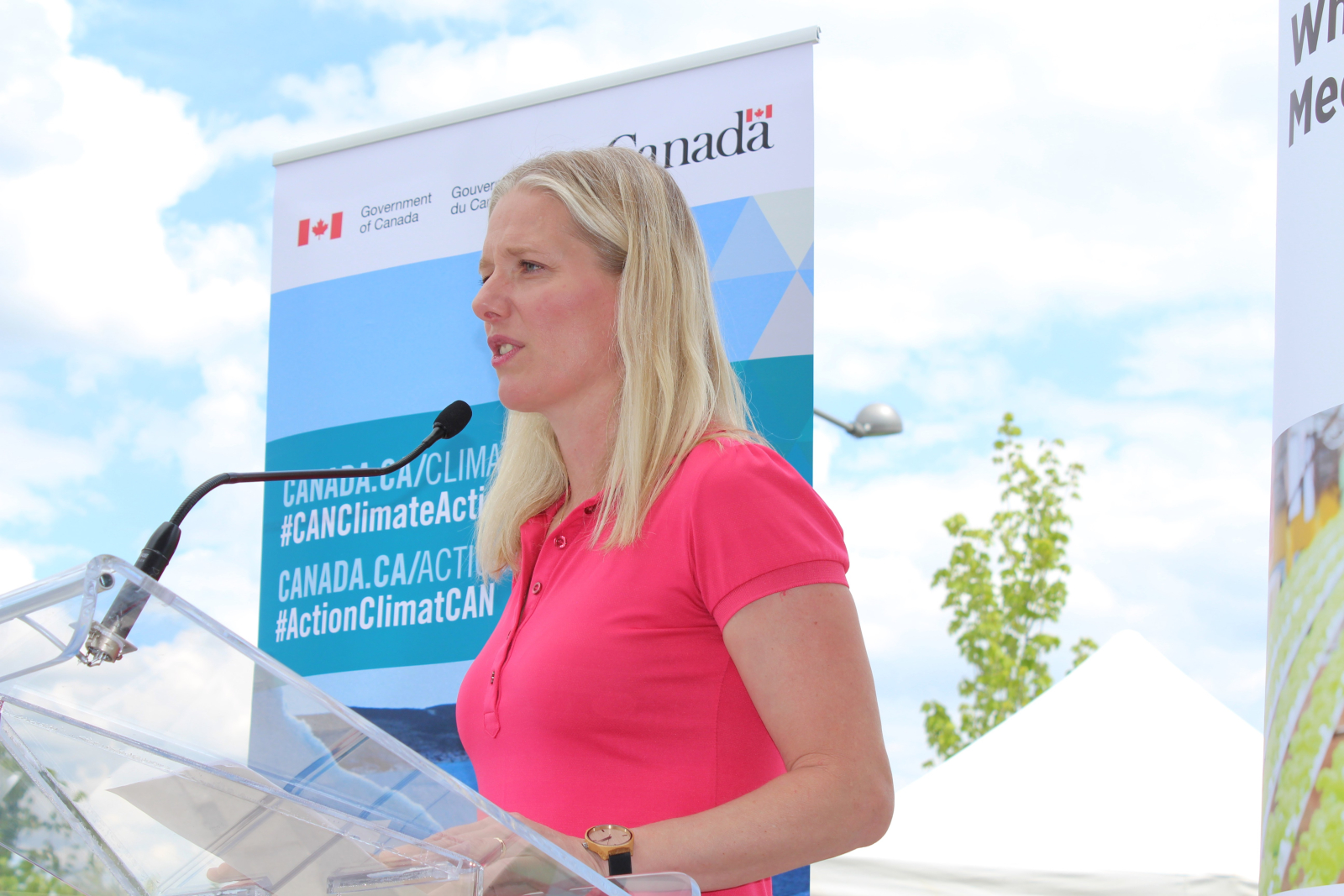 The Liberal government will ratify the international Paris climate accord this fall even before it reaches a deal with the provinces and territories on how to meet the country's 2030 emissions target.

Senior government sources told The Canadian Press that Canada will deposit its ratification at the United Nations before Prime Minister Justin Trudeau meets the premiers for a promised first ministers meeting on a climate plan that's been under discussion for months.

UN Secretary-General Ban Ki-moon has been lobbying countries to ratify the Paris agreement before the Nov. 8 U.S. presidential election in hopes of locking in the accord's provisions for at least four years. The landmark pact, which calls for limiting global temperature increases this century to well below two degrees Celsius, only comes into legal force after 55 countries representing 55 per cent of global greenhouse gas emissions formally ratify.

The timing of Trudeau's meeting with premiers is in flux but it does not appear likely to take place before Canadian representatives are back at a UN climate conference in Marrakech, Morocco, Nov. 7-18, to discuss implementation of the Paris accord.

The Marrakech meeting, known as COP22, is not considered a leader-level summit and Trudeau will not attend, said the sources.

Canada has a consistent history under successive Liberal and Conservative governments of making international carbon-cutting promises that it fails to honour, first under the 1997 Kyoto Protocol and then again under the 2009 Copenhagen agreement.

The Liberal government of Jean Chretien ratified the original Kyoto climate accord despite having no idea how to meet Canada's emissions-cutting pledges, a fact later publicly acknowledged by Chretien's former chief of staff Eddie Goldenberg.

That history provides opposition parties plenty of material to hammer the Liberal government.

Conservative environment critic Ed Fast said in an email that Trudeau is not respecting federal-provincial relations.

"Prime Minister Trudeau, in signing the Paris Agreement before finalizing his pan-Canadian framework on climate change, is making the same mistake Jean Chretien made with the Kyoto accord: acting alone without the support of the provinces and territories," said Fast.

She said the Liberals are still using the old Conservative emissions target, which won't get Canada to its previous Copenhagen commitment let alone the more stringent Paris promise. And Duncan also noted that ratification of Paris is supposed to be accompanied by a credible plan for achieving national targets.

Environmentalists are wary, but see the logic of early ratification.

"Ratification by Canada will help build the global momentum for action on climate change," said Keith Stewart of Greenpeace Canada.

"To be taken seriously, however, we need a plan to actually turn those lovely words into deeds. We don't want to repeat the Kyoto Protocol experience."

The Liberals won a majority mandate last fall on a platform that pledged swift and serious climate action, saying "We'll meet the provinces within 90 days of the UN Climate Change Conference this December to develop a carbon pricing policy."

Trudeau did indeed meet the premiers last March in Vancouver, where they agreed to a negotiation process on a suite of climate policies, including an examination of carbon pricing. Four working groups on policy options are expected to file final reports soon, having missed their Sept. 2 deadline for completion.

The government argues that the provinces effectively signed on to Paris through the Vancouver Declaration and Ottawa can now ratify the accord even without detailed plans in place.

Federal Environment Minister Catherine McKenna, who has been criss-crossing the country all summer in quiet deliberations, is to meet her provincial and territorial counterparts Oct. 3 in Montreal to discuss the working group options. Both federal and provincial sources suggest there's a great deal of work yet to be done, with carbon pricing a particular sticking point.

The previous Conservative government set a target of reducing Canada's emissions 30 per cent from 2005 levels by 2030, a target adopted "as a floor" by the incoming Liberals. That 2030 target won't be lowered in this round of climate planning, said McKenna's spokeswoman Caitlin Workman.

"Canada has a target right now," said Workman. "It's already going to be, quite frankly, very challenging to meet that target."