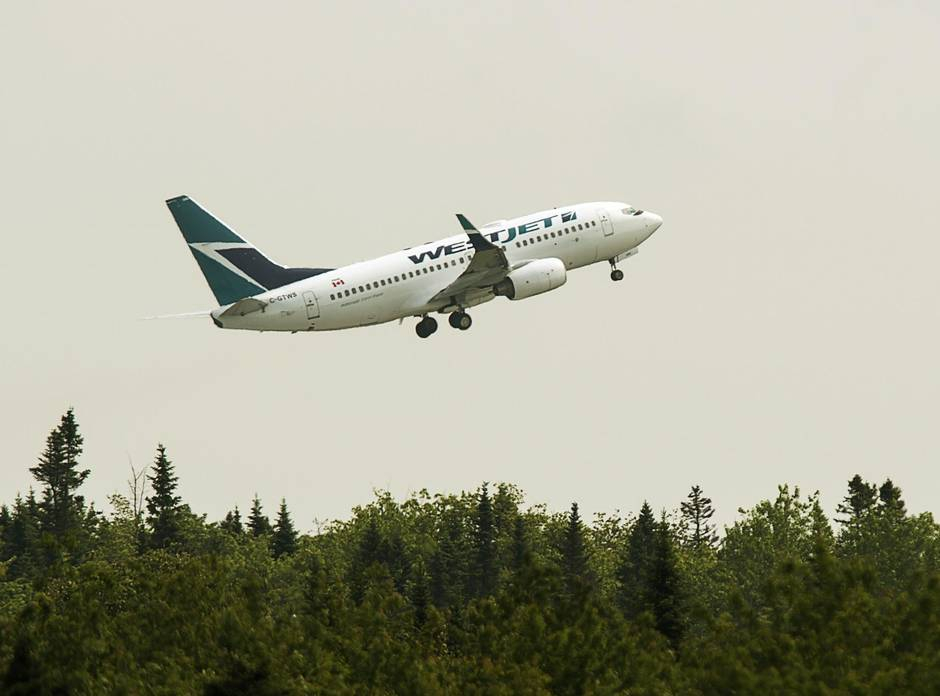 International aviation currently accounts for over 2 per cent of global emissions, more than countries such as South Korea and Canada. Photo by The Canadian Press.
Previous story
Next story

It will require more than 85 per cent of all civil aviation to offset any growth in CO2 emissions beyond 2020, Canada's Transport Minister Marc Garneau said on Thursday.

He made the comments in Ottawa after all 191 member states of the International Civil Aviation Organization agreed in Montreal to cap emissions at 2020 levels using what they call a “global market-based mechanism.”

“The eyes of the world were upon us at ICAO this week. Your announcement has answered their expectations which makes air transport the first major industry sector to take action at the global sector on international emissions,” ICAO Secretary General Fang Liu said.

Emissions growth beyond 2020 would require airline companies to offset by investing in environmental initiatives. The U.S.-based Enviromental Defence Fund called the agreement "historic," saying in a statement that the aviation industry would need to cut or offset 2.5 billion tonnes of carbon pollution in order to cap emissions at 2020 levels.

Garneau said the deal could result in small increases in ticket prices for air travellers in the range of about 1.5 per cent, but he said he was "delighted" that the Canadian industry was on board and taking responsibility for their carbon pollution.

“It sets the scene for further improvements with respect to all other emissions that were agreed to at the Paris (climate change) conference,” said Garneau, also an astronaut who was Canada's first man in space. “It’s a major announcement. Canada played a leadership role. We’ve been working for months in the back rooms to try to bring as many countries on board. Eighty-five per cent of civil aviation will conform starting in 2021 and over 90 per cent by 2027.”

ICAO reached the deal at its 39th Assembly held in Montreal from Sept. 27 to Oct. 7. Over 2,000 delegates from 185 member states attended the assembly.

“We can be proud to be the first to adopt such a carbon offset scheme. With the upcoming ratification of the Paris agreement, we are on a better path to protecting our planet. The spirit of Paris has made itself felt here in Montreal over the past few weeks,” a delegate from France told the assembly.

Canada's transport minister added that other parts of the Canadian industry are also developing new solutions to help airlines meet the targets.

“Canadian airlines have all indicated very clearly that they are onside with this measure," Garneau said. "They recognize that they have a responsibility. The good news is that companies like Bombardier are making more efficient airplanes that use less fuel, so that’s good news. We’re turning our minds toward biofuels. We’re also being more efficient in airports. Less sort of running of engines when it isn’t necessary.”

Calgary-based WestJet congratulated Garneau for his work on the deal, saying it was looking forward to working with the government on implementation.

"WestJet is committed to responsible growth," Mike McNaney, vice-president of industry and corporate affairs told National Observer in a statement. "Over the past several years we have invested billions of dollars in new, fuel-efficient aircraft, achieving a 45 per cent improvement in fleet fuel efficiency since 2000. Our investment continues in 2017 when we begin taking delivery of our newest aircraft, the Boeing 737 MAX, which is 13 per cent more fuel efficient than our 737 Next Generation series."

Emissions curve in a safe and downward position

Over 83 per cent of international aviation operations will be covered by the GMBM by 2021. Liu said the deal will serve as “an important new tool to complement emissions reduction progress already being achieved in air transport.”

​States can choose to opt-in to a three-year pilot phase between 2021–2023, or a voluntary first-phase from 2024-2026. States whose individual share of international aviation — measured in revenue-tonne-kilometres — are above 0.5 per cent of the global total in 2018 would be automatically subjected to the agreement in 2027.

States who qualify for exemption are those that are least-developed, developing land-locked countries, and small-island developing countries. Among those exempt are Afghanistan, Lebanon, and the Solomon Islands.

Schallert mentioned that the President of the ICAO Assembly signalled during the meetings that some sections of the text would be modified to remove reference to the Paris Agreement temperature goals and carbon budget. Under the Paris Agreement, countries agreed to limit global temperature rise to two degrees Celsius.

Not off the ground just yet

Environmental Defence Fund Vice-President of Global Climate Nathaniel Keohane called carbon-neutral growth in the aviation sector beyond 2020 a significant step. He said that, through worldwide market linkages, other emitting sectors can used the aviation sector's market-based measure to "springboard to greater ambition."

Keohane said that while the agreement isn't perfect, it does provide "a vital basis for moving forward" and called for the development of standards to ensure transparency, environmental integrity, and broader participation.

"Capacity-building for implementing the (market-based mechanism) needs to begin right away, in parallel with the finalization of technical standards, in order to ensure that the MBM secures even broader participation than the more than three-quarters of anticipated emissions growth that is currently set to be covered by the agreement,” Keohane said.

The International Coalition for Sustainable Aviation said in a statement that, in the same week that the Paris Agreement is being ratified around the world, key provisions were deleted from the aviation emission agreement that put it out of step with the Paris Agreement.

While the ICSA sees the agreement as a “hard-fought political compromise,” they said that “critical work remains to ensure environmental integrity and broad participation” and that the integrity of the agreement depends on rules “not yet in place.”

"ICSA welcomes that more than 60 states have so far stated their intent to participate in the measure from the beginning. However, it is critical to expand coverage of the measure given the shortfall between what was agreed to at the assembly and the goal of stabilizing emissions at a 2020 level and the need for further action," their statement said.

At least 65 countries have pledged to implement the deal in 2021, including the U.S., Canada and most European states. But India, Russia, Brazil, and others, have raised concerns that the deal would burden developing countries whose aviation sectors aren’t as developed as those in the West. Russia, India, and Brazil have all agreed to opt-in during the mandatory phase beginning in 2027.

ICAO estimates that the agreement could cost airlines between $5 billion to $23.9 billion by 2035.

But some countries eligible for exemption chose instead to opt-in to the voluntary portions of the scheme. Schallert said Burkina Faso, a land-locked developing country is one such state who helped embolden the agreement's voluntary phases when they didn't have to.

“There have been a lot of countries that have joined recently, such as Burkina Faso — who made an impassioned speech on the floor about how they’re being affected by climate change — who volunteered to opt-in for the beginning stages of the market-based measure," Schallert said. "They are a land-locked, developing country. They didn’t have to do that, but that shows quite a bit of leadership."