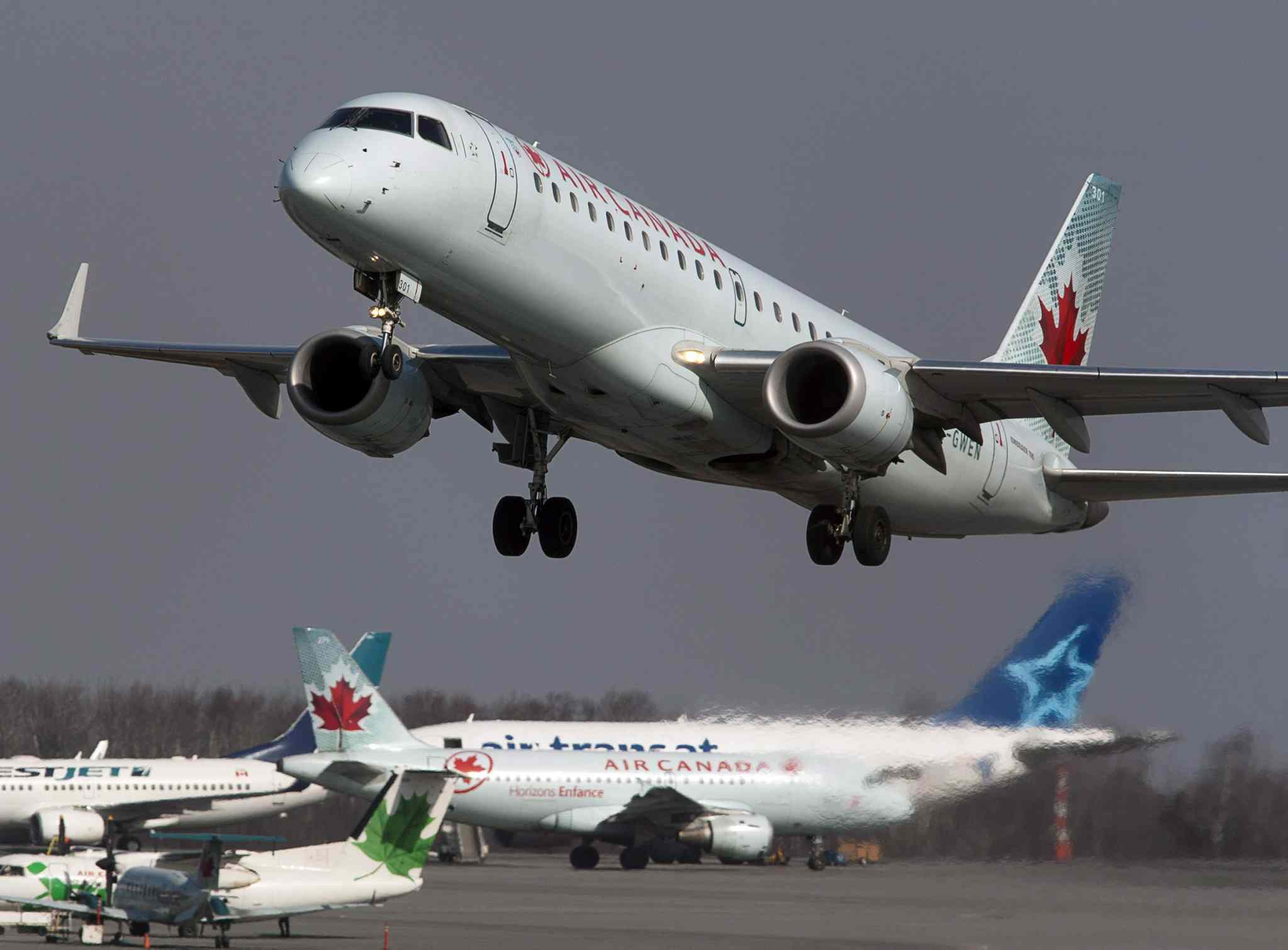 Transportation Minister Marc Garneau said that 85 per cent of Canada's aviation will have to offset any growth in CO2 emissions after 2020 in order to hit ICAO targets. Photo by The Canadian Press.
Previous story
Next story

Something important is missing from an “historic” climate change pact reached last week in Montreal to cap carbon pollution from airplanes.

All 191 member states of the International Civil Aviation Organization — the United Nations agency that oversees global air traffic — agreed that airlines will be allowed to increase CO2 emissions until 2020 but must offset any growth beyond that date. But World Wildlife Fund Deputy Director of International Climate Cooperation Brad Schallert said there are other climate-warming factors that the agreement failed to address.

“We’ve needed policy options in order to address non-CO2 impacts [since] yesterday,” Schallert said. “We cannot assume the market-based measure is the panacea and that it’s the deal that will save us. It is a single policy.”

An Intergovernmental Panel on Climate Change report on aviation emissions from 1999 found that while the principal emissions from aircraft are CO2 and water, aviation is also responsible for emissions like nitric oxide, nitrogen dioxide, sulfur oxide and soot — climate change-inducing emissions the ICAO’s market-based measure doesn’t cover.

Schallert said that while international air travel makes up around 2.6 per cent of global CO2 emissions — a greater global share than countries such as Canada or South Korea — its total global warming impact is nearly double that at 4.9 per cent. He said that’s largely due to aviation emissions, other than carbon pollution, emitted directly into the upper atmosphere.

He said while ICAO’s market-based measure is worth celebrating, the aviation industry can’t leave 2.3 per cent of its global warming impact “on the table” and that international organizations need to address all GHG emission to reach the 2015 Paris Agreement’s aim to limit global warming to 1.5 degrees Celsius this century.

But determining the entire climate warming impact of the aviation sector is difficult. There are non-CO2 emissions that trap heat like ozone and methane while aviation also triggers the formation of contrails and cirrus clouds — all of which contribute to climate change. (Contrails are trails of condensed water vapour created by aircraft, which aid the formation of cirrus clouds — thin and wispy clouds found at around 20,000 feet.)

Transport Canada's director of environmental policy, Ellen Burack also noted that it would be difficult to address the other climate-warming impacts of airplanes through the market-based deal reached by al of the member countries.

"It’s hard to imagine a scenario where you would single out particular parts of the emissions in order to add them into the global market-based measure,” Burack said in an interview with National Observer.

Research conducted by the National Oceanic and Atmospheric Administration’s David Fahey and Manchester Metropolitan University’s David Lee found that uncertainty about the effect of cirrus clouds and contrails on climate change may cause reluctance to “tackle this effect in the short term.”

Non-CO2 aviation emissions also tend to dissipate faster than CO2 and are located along flight routes, making it more difficult to measure their global impact. Fahey and Lee’s research found that “ideally, mitigation efforts regarding future aviation contributions to climate change would address both CO2 and non-CO2 terms to optimize climate benefits.”

ICAO’s 2016 environmental assessment also determined that “aviation’s present contribution as a sector to climate change cannot be usefully compared to that from another sector,” with CO2 as the exception. It also found that in order to reduce contrails’ impact on global climate change, “a comprehensive approach would be needed that combines policy choices with scientific, operational and cost considerations.”

They recommend airlines use flight routes that minimize “total climate cost” by balancing the climate change impact of non-CO2 aviation emissions with the effects from carbon dioxide.

Schallert said one of the reasons that ICAO and other stakeholders aren’t making a concerted effort to address non-CO2 emissions is because of the uncertainties surrounding their environmental impact. But he said those arguments have been made before, and often lead to inaction.

“I don’t think it’s the right approach to say, well, we can’t complete this because there’s so much uncertainty about non-CO2 impacts. There’s scientific uncertainty for many different issues. It’s been one way that climate skeptics have prevented action on global warming for decades and we have to recognize that that argument has its limits,” Schallert said.

He said the pathway to hitting Paris Agreement targets can’t end at carbon-neutral growth beyond 2020, and that one of the ways to address non-CO2 emissions would be to simply include them in the market-based measure that requires industry to offset their growth in carbon emissions beyond 2020 levels.

Burack from Transport Canada said that while aircraft do emit other pollutants that contribute to the greenhouse effect, “CO2, in the case of aviation, is far and away the most significant."

“That’s why the global market-based measure was designed to deal with the short to medium term gap in terms of the technological fuel improvements that could be made so that carbon dioxide emissions could be addressed,” Burack said.

She said the basis for the market-based measure to cap aviation’s CO2 emissions at 2020 levels is based on fuel-use. The hope is to reduce the use of traditional fuels and encourage the switch to alternative fuels, which will also lead to a reduction of non-CO2 aviation emissions.

And while the U.S.-based Environmental Defense Fund’s Annie Petsonk said that while she would have liked to see non-CO2 pollutants included the ICAO’s agreement, it would have been irresponsible to wait for the science to catch up when we can reduce CO2 emissions now.

Over 83 per cent of international aviation operations will be covered by the GMBM by 2021. States can choose to opt-in to a three-year pilot phase between 2021–2023, or a voluntary first-phase from 2024-2026. States whose individual share of international aviation — measured in revenue-tonne-kilometres — are above 0.5 per cent of the global total in 2018 would be automatically subjected to the agreement in 2027.

Sixty-six countries have pledged to implement the deal in 2021, including the U.S., Canada and most European states. But India, Russia, Brazil, and others, have raised concerns that the deal would burden developing countries whose aviation sectors aren’t as developed as those in the West. Russia, India, and Brazil have all agreed to opt-in during the mandatory phase beginning in 2027.

Garneau, the Canadian minister and also the country's first person in space, said last week that the ICAO agreement could result in small increases in ticket prices for air travellers in the range of about 1.5 per cent, but said he was "delighted" that the Canadian industry was on board and taking responsibility for their carbon pollution.

“It sets the scene for further improvements with respect to all other emissions that were agreed to at the Paris (climate change) conference,” Garneau said on Oct. 6. “It’s a major announcement. Canada played a leadership role. We’ve been working for months in the back rooms to try to bring as many countries on board. Eighty-five per cent of civil aviation will conform starting in 2021 and over 90 per cent by 2027.”

— With files from Mike De Souza.