Cut climate change funding for developing countries, use it in Canada: Wall 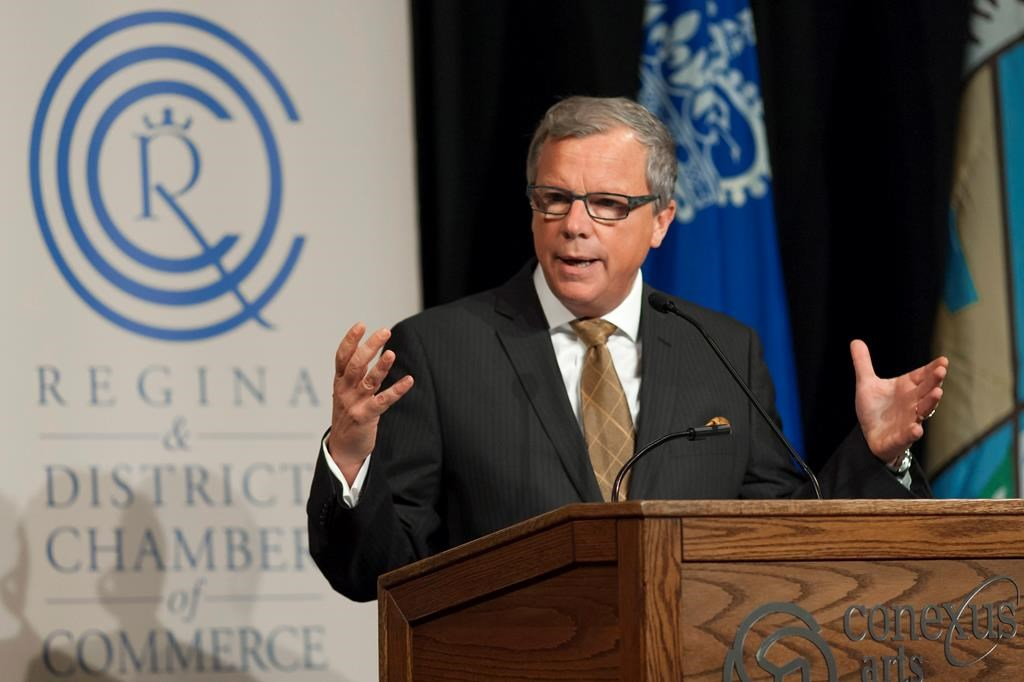 The premier says Saskatchewan has already laid the groundwork with a $1.5-billion carbon-capture facility to reduce greenhouse gas emissions at a coal-fired power plant.

"Let's develop the technology. We can do that here in Canada," Wall said Tuesday after releasing a policy proposal on climate change.

"We would be better to focus on developing the technologies here, where we already have those capacities, and make them available to the Third World."

Wall has pointed to a report released last December at the Paris climate-change summit which said there are more than 2,400 coal-fired plants planned or under construction globally.

Developing technology that can be used anywhere to reduce emissions "is the logical response if we actually want to solve the problem."

Keith Stewart of Greenpeace Canada said research shows carbon capture and storage is one of the most expensive ways to reduce emissions "and the only people who really like it are coal companies."

"Brad Wall is basically proposing to take action on climate change in the most expensive way possible," Stewart said in an interview.

Wall's proposal to cut money from developing countries "is a slap in the face" to anyone who wants a constructive debate on fighting climate change, Stewart added.

"He is now saying we should take back the money dedicated to protecting the most vulnerable people from the ravages of global climate change and hand it back to oil companies."

The Pembina Institute, which does research on climate change and other energy issues, called Wall "out of step with economists and business leaders" who it said support carbon pricing.

"In reality, an economy-wide carbon price is a critical tool for Saskatchewan — and for Canada — to support private-sector innovation and low-carbon economic development," Erin Flanagan, the institute's director of federal policy, said in a statement.

Wall has repeatedly criticized Prime Minister Justin Trudeau's plan to charge $10 per tonne of carbon starting in 2018 and increasing that to $50 by 2022.

Wall said a carbon tax would hurt the backbone of the province's economy — energy, mining, agriculture — while having the least impact on reducing emissions.

The policy paper makes 13 recommendations. It calls for Saskatchewan to work with the federal government to further develop carbon-capture technology.

It repeats the government's already-stated goal of having half of Saskatchewan's power come from renewable sources such as wind and solar by 2030.

The paper also says nuclear power is an essential part of the world's future energy mix and urges the federal government to take a leading role in developing a small reactor that could be used in Canada and around the world.

"That's part of the answer worldwide because it's zero emissions," said Wall.

Public Safety Minister Ralph Goodale, the lone Liberal member of Parliament from Saskatchewan, said the policy paper is useful in the climate-change discussion.

"As to whether or not this plan would actually get Saskatchewan to where it needs to be in terms of the issue of carbon emissions, we just don't have enough detail yet to say," Goodale said in Ottawa.

"But we'll look very carefully at what the premier has had to say and continue to make a number of very critical points under any arrangement we can expect to pollution pricing."