Opinion: Americans, if you care about the planet, vote Hillary Clinton 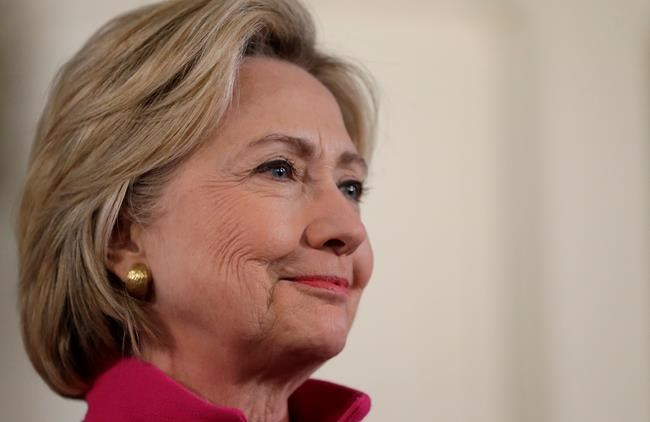 Donald Trump’s environmental policies, like most of his big ideas, can be summed up in a Tweet: “Smoke ‘em if you got ‘em.” There’s a litany of reasons for voting against both Donald Trump and Hillary Clinton, but if you love this planet you’re with her.

Republicans apparently decided climate change was a hoax the day Al Gore started warning people about it, but Trump takes their Apocalypse-inducing anti-reality rhetoric to a new level of insanity. For Trump, climate change is a scam created by those sneaky Chinese to steal American jobs.

The wacky lefties at Scientific American reported that one of the planet’s best-known “climate skeptics” would head up Trump’s transition plans for the Environmental Protection Agency. Likely the first change would be shuttering the EPA since Trump has promised to rescind their Clean Power Plan to woo coal miners and has proudly declared he’ll cancel all payments to international climate programs.

Clinton’s environmental policy isn’t winning the Greenpeace planet-keeping seal of approval, but she actually has an environmental policy that promises to deal with climate issues “on a scale not seen since World War II.” And chances are Clinton could be swayed to do the right thing on issues like fracking by science, the media and public protests.

If Trump is elected, does anyone think he’ll be swayed by science he doesn’t believe in, or a media he’s declared war on - never mind bypublic protests? That’s assuming protests are still legal and/or the Donald doesn’t encourage his supporters to beat up any protesters and pay their legal fees if they do.

British author JK Rowling was recently flamed on Twitter for weighing in on the US election and replied to the muggles: “When a man this ignorant & easy to manipulate gets within sniffing distance of the nuclear codes, it's everyone's business. #RestOfTheWorld"

As a Canadian who shares the same air, forests and oceans with the United States, it’s hard not to spend every second obsessing over whether the fate of our planet could end up in Trump’s tiny hands.

Some of my American friends are convinced the answer this election is to opt out by voting for a party that can’t win because “it’s a statement.” We just played that scene in Canada for a decade as the pettiest, most right-wing, anti-green, anti-science government in our history won three consecutive terms with a majority of Canadians splitting our votes between four other left to leftish parties.

But, hey, on the bright side, as our country’s most cherished values sank into the tar sands and we became a world leader in climate change denial, at least most of us could proudly say: "don't blame me, I didn't vote for Stephen Harper.”

Gary Johnson, who may not be able to find Canada on a map, is against all government interference so he’d be just as likely as Trump to end that pesky EPA. The Libertarian policy on the environment is to “free the market” — so unless we can put a price on clean water, the atmosphere and bio-diversity you’d better hope he legalizes some really high quality pot so you can enjoy Armageddon.

At least Johnson knows what it’s like to win an election. Stein-mania seems unlikely to sweep America since her last gubernatorial run in her home state of Wisconsin garnered a whopping 1.4% of the popular vote.

I’ve read a storm of stories claiming Green God Ralph Nader wasn’t the reason the planet ended up with eight years of buckling our seatbelts for eco-policies drafted by a Texas oilman instead of the guy who made An Inconvenient Truth. They all come down to rattling off other reasons Democrats lost ranging from gerrymandering to a candidate with all the charisma of a hanging chad and ignore the inconvenient math — Gore only lost by 537 votes. Nader scored 97,421 votes in Florida and Greens don’t draw heavily from the right.

It’s tough to imagine anything less green than the Greens unleashing TrumpenStein. Although, for sheer irony, it’s tough to beat citing Clinton’s defeat of a socialist Jew as the reason for not voting to stop a racist with the glowing support of the KKK.

And with an electoral system rigged to prevent non-white citizens from voting - and Trump urging goon squads to intimidate non-white voters - there’s no reason not to believe there won’t be at least one state where a few hundred ballots will make the difference.

The Centre for Whale Research in Washington just announced that the population of Southern Resident orcas (a species that doesn’t acknowledge the border between the US and Canada) has dropped to 80. They are urging all US citizens to call President Obama and demand the destruction of dams in Washington State to replenish the salmon supply and save the whales.

I don’t know how Clinton will react to a call like that, but I do believe someone in her office will answer the phone. Do you really think it would be worth Tweeting that plea to Trump? #screwedbigly

The American Humane Society doesn’t. For the first time in their history they formally endorsed a candidate – Clinton. They also declared Trump, ““a threat to animals everywhere.”

I’ve read complaints that Clinton isn’t speaking out on the Dakota pipeline, but Trump is in business with the company that operates it.

Both US Presidential candidates were sent a letter signed by over 100 experts on our oceans asking what they’d do to save our seas. Clinton’s team sent a two-page response, while Trump was too busy composing mean Tweets about former beauty queens.

Many Canadian pundits believe it was the nastiness of Harper's last campaign - which featured our Prime Minister demonizing Muslims and Syrian refugees - that caused voters to rally around the party most likely to beat him, which is how we ended up with Justin Trudeau.

Maybe racism isn’t a deal-breaker for American voters, but hopefully the fate of our oceans, forests, air and every other species on the planet is.

Please vote for Hillary Clinton, because we can’t.