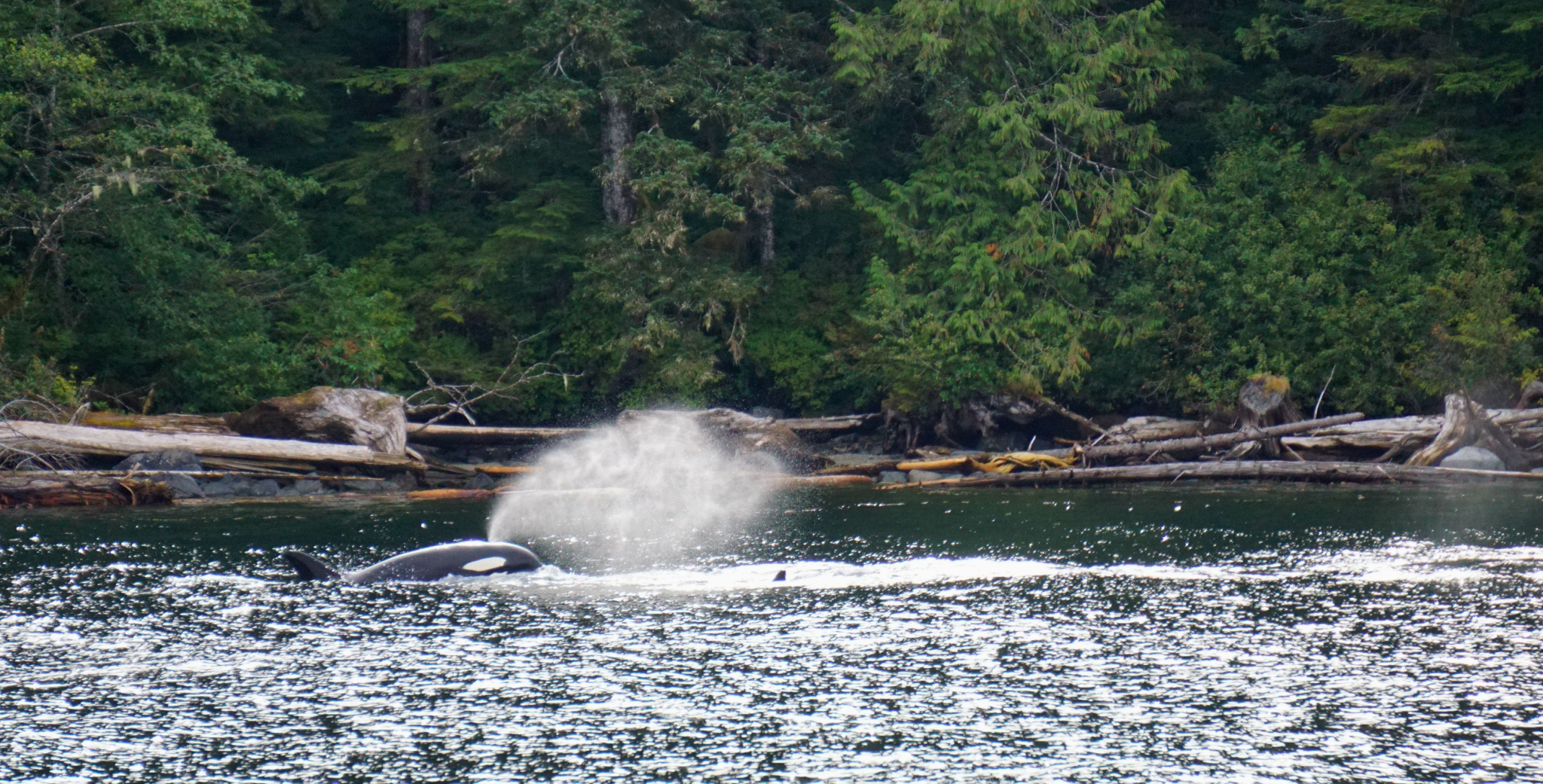 Ships off the West Coast could be forced to yield the right of way to killer whales as part of a federal ocean protection plan, says a Liberal MP.

Wilkinson, the parliamentary secretary for the minister of environment and climate change, said the southern resident killer whales are an iconic West Coast species that require habitat improvements to ensure plentiful salmon stocks as a food source and protection from shipping traffic.

He said the whale protection plan has nothing to do with the federal government’s decision due next month on approval of Kinder Morgan’s Trans Mountain pipeline expansion project. The project proposes to triple the bitumen−carrying capacity of the pipeline from near Edmonton to Burnaby, B.C., and increase the number of tankers leaving the Vancouver−area.

"The ocean protection plan needs to be put into place irrespective of any decision on a particular pipeline," Wilkinson said.

Environmental groups say studies confirm the proposed pipeline’s shipping traffic would harm whales and the way to protect them is to reject the project.

The federal government has earmarked $340 million over the next five years to fund programs to improve the habitat for southern resident orcas and introduce protection measures, he added.

A decade−long U.S. study published two years ago concluded the triple threats of pollution, vessel noise and the availability of food make it almost impossible for the West Coast’s southern resident orca population to increase beyond an estimated number of 80.

The National Oceanic and Atmospheric Administration said experts don’t consider the southern residents in recovery despite reports of an orca baby boom involving up to eight newborns in the past year.

Kate Moran, head of the University of Victoria’s Ocean Networks Canada, said her department has an underwater listening station gathering data in a shipping lane near the Port of Vancouver. The facility also has an agreement with the coast guard to capture movement data transmitted by large ships.

"So you can imagine, we know where a ship is and we know where the whales are," she said. "Once we test it and make sure it’s functioning we would send the (whale) alerts directly on board to pilots on vessels."

Wilkinson said the work done by the school makes it possible to give course advice to ships.

"They can be aware of where the whales are actually active and they can take that information and essentially transmit to the pilots on various ships who can actually course correct to ensure they avoid the whales," Wilkinson said.

Moran said some shipping lanes on the East Coast of the U.S. have already been changed to avoid whales.

By Mark Leiren-Young | Analysis, Energy | September 26th 2016
Reports from the Race to a Safer World