Our job now is to protect Canada 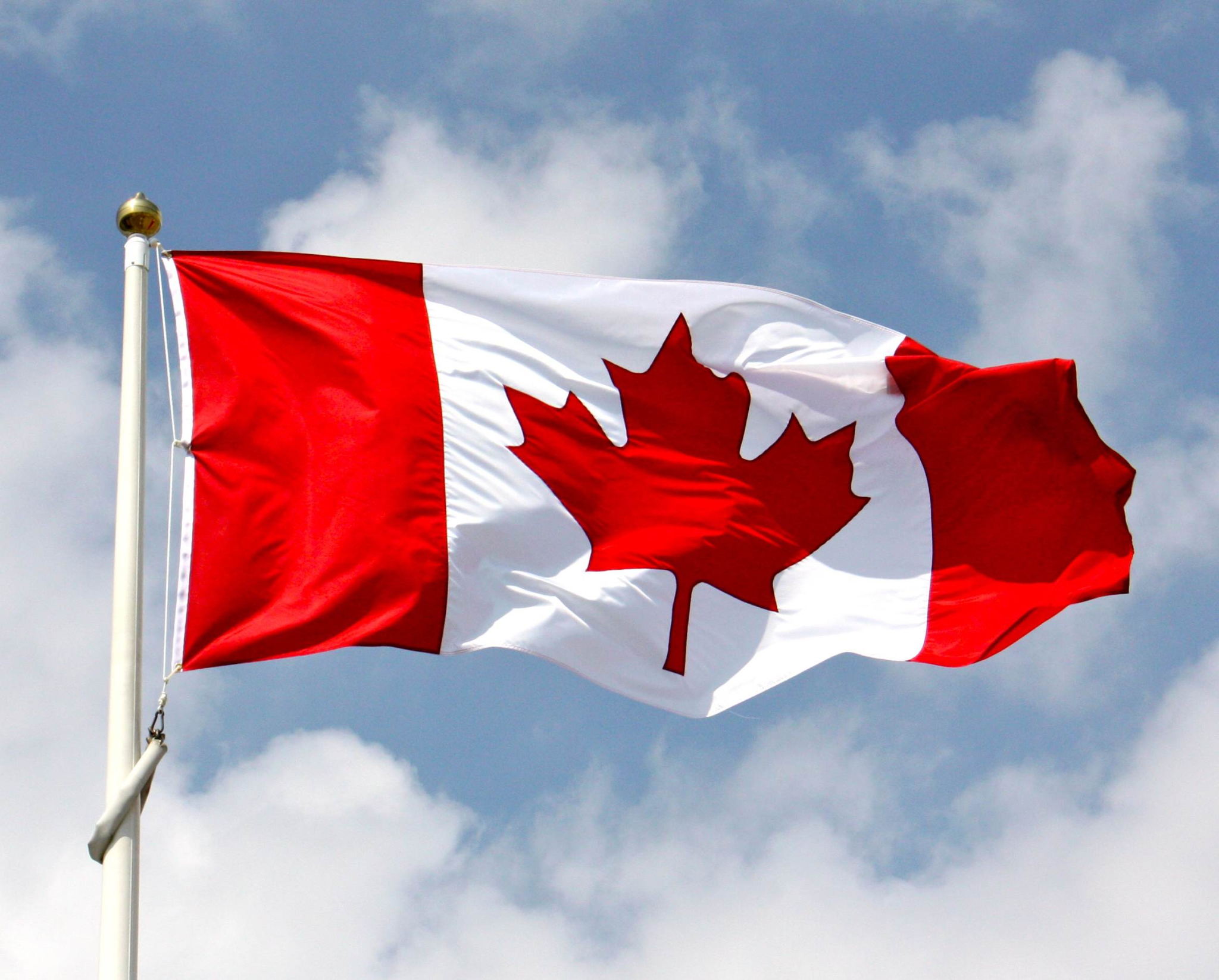 A big wave just rolled in south of our border. It's a wave that threatens freedom and democracy around the world.

But there's something we can do to stand in the way of that threat and defeat it.

Our job is to protect Canada.

Canada must remain a beacon of hope as one of the strongest democracies in the world. Through the Canadian Human Rights Act, we have the power to keep Canada moderate, inclusive and sane. We must embrace and vigorously defend a Constitution that promotes peace, tolerance and good governance.

Let's embrace this law and defend all of our legislation and values that make hate speech illegal.

Let's avoid tilting to extremes by keeping our education system strong and accessible.

Let's use the human rights act to protect Canadian institutions and values from the racism, misogyny, xenophobia, and hatred that fueled Trump's rise, even as those hateful words easily cross the border through the internet.

In Canada, immigrants are encouraged to bring their cultural traditions with them and share them with their fellow citizens. pic.twitter.com/MOuStZbSX7

And please, let's defeat any movement to provide the old media outlets with an even more unregulated environment in which to gluttonously pursue traffic generated by sexism, racism and hateful bluster

"Democracy cannot survive too much ignorance," Former U.S. Supreme Court Justice David Souter said in a prescient 2012 interview. How right he was.

Let's protect Canada's public schools and keep excellent universities affordable so we can remain a society smart about civics and world affairs.

Above all else, let's take care of our social safety net and cultivate the tolerance for which Canada is known and loved.

'You're our last hope,' a friend living in New York City wrote to me last night about Canada. Of course there are other great democracies in Europe, and there's Australia and others. But whether that's an idealized notion of Canada or not, it's how we're often perceived. Let's live up to it by engaging even more strongly in politics, not counting on others to do so.

At the end of the day, it's up to each individual to make a democracy work. We ALL need to be involved and to show up.

Let's not give in to complacency or existential despair. Yes, our votes still matter. It appears that only around 51% percent of eligible voters voted yesterday in the U.S. That's just wrong. Democracies depend on full participation.

We shape the future by participating in the present. Lean in. Run for office. Offer your skills to your community.

If you see something going off the rails, raise your voice. Write elected officials. Tell them about the kind of Canada you believe in. We have the tools.

I'll leave you with some words of hope from an American friend.

Terrence Meck writes to those in shock this morning, "There are many lessons to be learned from this journey. And until they become clear, we cannot afford to live in anger and fear. We must listen, breathe, heal and live fully. Don't sit back and sulk. Sit up, take notice and take action. With hearts open we must move on. The path looks uncertain this morning, but there is a path for all to dream, live and love. Don't lose sight of this, as we must move forward. Too much is at stake. Keep fighting for the world we want to live in. Love will win."

If you're considering leaving America, here are three options

I have had direct sharing

I have had direct sharing from 2 different retired engineers with experience working with the U.S. Army Corps colleagues and being informed of back-up plans in place to appropriate Candian river flows if climatic conditions require it, particularly with respect to power generation. Water and fossil fuel sources is our strategic value to the superpower next door.

Just what do you suggest we

Just what do you suggest we do, Andre, if the United States faces a shortage of oil, gas and water and decides it wants (needs) ours? This could happen well within the next 25 years, and certainly as pertains to water, even sooner than that.

There is absolutely nothing

There is absolutely nothing we could do but be nice and give them what they want before they just take it. Don't deceive yourself that global condemnation would prevent it. The US has a reputation for taking what it wants to feed the unstoppable need for energy consumption.
The risk of living next door to the sleeping elephant......is that it will wake up in a bad mood.

Why am I not surprised?

Why am I not surprised? Empires always figure there's an easy way to buy, bully or rob their way out of any predicaments caused by their own imperialistic policies. Donald can deny climate change, promise to shut down any mitigation/transition plans, leave the Paris agreement...........while at the same time, there are plans in place as to where to make up any shortfall for the empire....as the world burns.

But while we celebrate our great Canadian values, and policies, let's also consider protecting our watersheds, foodsheds and coastlines from the wanton excess of export pipelines for the junk fossil fuel that is guaranteed to keep us from making our reduction targets.

Evil engineers from the dark empire??? Actually, many of them are native born Canadians. We're too complacent by far in this great white north....considering the messes we haven't cleaned up, the new messes we are intent on creating. Lots of folks in my beautiful Alberta were rooting for the Trump....for reasons that should be patently obvious.

I respectfully differ from your opinion that Canada is one of the strongest democracies worldwide. In fact, our current voting system is not democratic at all. It produces short term dictatorships. Clark and Trudeau can do ' as they wish, when they wish ' on a minority of votes. Democracy? I don't think so.
The British Economist said ' the first past the post system of voting is undemocratic and for that reason alone should be replaced '.

But we are a democratic country even if our system of politics is not. And we should protect what we have.
Thank You for an excellent piece.

Agreed. And protecting what

Agreed. And protecting what we have will demand that we all step up. If there's one thing Trump's victory in the U.S. should tell us, is that we can't wait for others to save the earth. Trump's constituency is at least in part a constituency of the losers (I'm using neo-liberal yap here..".there will be winners and losers", they always told us). They are the people of the countryside, the heartland, the folks who do the work that keeps everything going.

A democracy doesn't abandon those people, or get off on itself while running with corporate wolves. A real democracy wants to hear from all the people, and wouldn't for long tolerate a first past the post system that lets' two mirror image parties take turns at pretending to have a majority.

The real question may be: is an oligarchy close enough for us???? Because if it is, we have no cause to feel superior to what has happened in the States.....as the Conservative leadership race may prove shortly.

Thank you for such a

Thank you for such a thoughtful article that reminds us of the need to protect our Canadian identity. Whatever our faults we have not lost faith to the point that we witness in America.

There is risk of a political change in US from a Republic to an Authoritarian government. It will be a big challenge for Canada to maintain economic independence. Climate change will bring stresses that may be a game changer in our future relations. Our strength in our values and identity will help us make the right decisions. All Canadians must involve themselves in choosing the path we take to Canadas future. We need to take the time to become educated in the issues we face so we can vote with intelligence instead of emotion.

For now my focus it to actively involve myself in social movement for climate awareness and for divestment of as much of fossil fuel extraction and shipment possible. We need to not be isolated in an information bubble that blinds us to options

It a bigger battle than it was a day ago. But to fail is not an option.

I couldn't agree more. The

I couldn't agree more. The biggest threat of the Trump presidency is what he may do to climate actions already underway in that country. We do not have another decade to throw away on Denialist Lies....the science of climate change is unforgiving, by which I mean its far quicker to rise the CO2 in the atmosphere than it will be to reduce it.

And so as of Tuesday evening, I am with the Pope. To do nothing about climate change now, is to commit a Sin. Not sure I believe in Sin in the Christian sense, but its crystal clear to me that opting out of political engagement and climate action now, is to be a big fat Sinner.

We've divested what savings we have. We've solarized. We drive hybrids. We've given up flying. We're on the list for a Tesla. And I don't think we're going to let our coastlines by trashed by globalist dreams of interantional oil deals, without a fight.

Not to brag, but its what we DO now and into the future, that will give us a chance of having a future.

To hell with Trump. We can't let the likes of him scare us.....we need to transition, NOW. So bless you for continuing. I don't think you are alone.

You forgot one important job

You forgot one important job we must do: Make sure Canadians have good paying jobs. Canadian workers have been suffering stagnant wage growth for years. Its at the heart of much anti-immigration sentiment.
http://www.theglobeandmail.com/report-on-business/top-business-stories/w...

Restricting free speech with tougher hate speech laws before addressing the economic needs of working class Canadians will backfire. It will drive them in to the waiting arms of right wing populists who can point to the restriction on speech as another attack on their way of life.

Canada has lost over 400,000 manufacturing jobs since 2006.
http://www.canadianbusiness.com/economy/can-any-party-turn-around-canada...

Unionization is plummeting. Unions historically led the charge for social justice and equality. The decrease in the unionization rate was most evident among men, falling from just over 42% in 1981 to 27% in 2014. No wonder men are resorting to alt-right doctrines - they are missing progressive left organizations that once supported their ability to earn a decent living.
http://www.statcan.gc.ca/pub/11-630-x/11-630-x2015005-eng.htm

It's long past time for Canada to stand up for itself and its citizens.