Opinion: Trump's Keystone XL approval frees Trudeau to call off our nation-dividing pipeline wars. Will he? 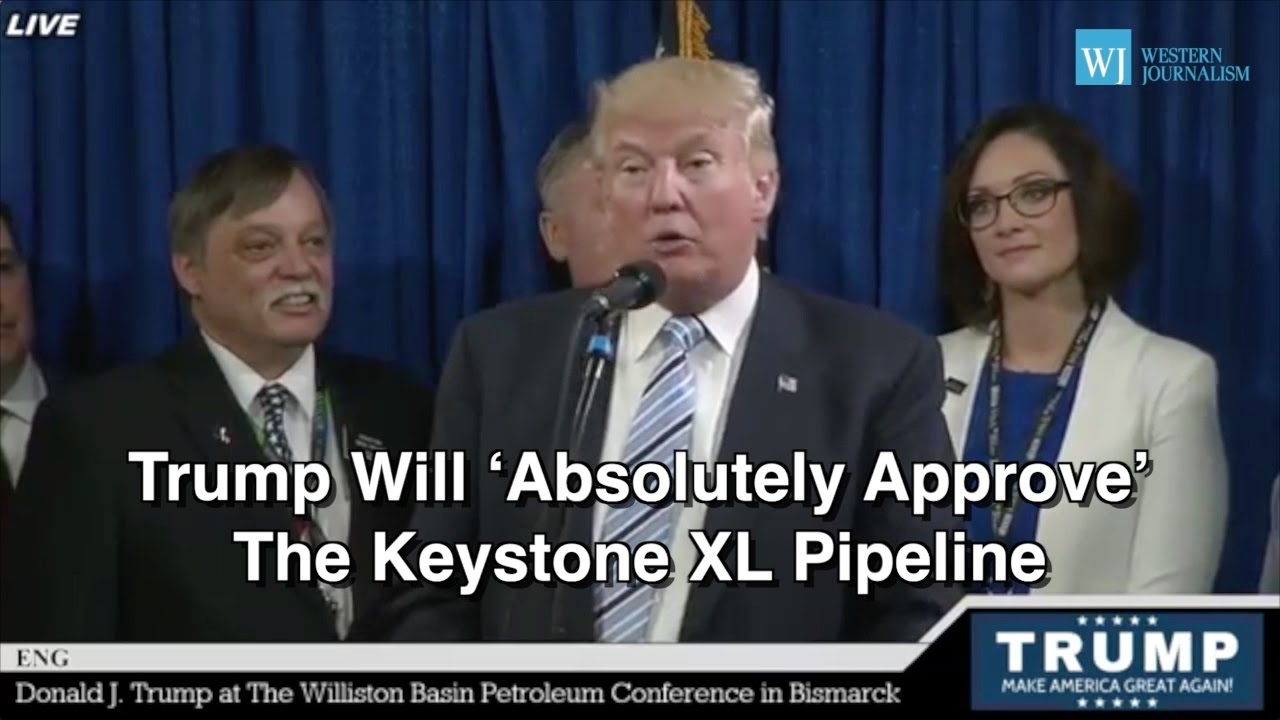 Oilsands companies are about to get the pipeline approval they wanted. Now it's time to call off the bitterly divisive pipeline wars.

Industry's own numbers show that Keystone XL is more than enough for a massive increase in their climate disrupting product. What they need is to find the decency to allow other Canadians to protect the values they cherish as well.

Prime Minister Justin Trudeau has supported approval of the gigantic Keystone XL pipeline for years. In his first trip to Washington DC he declared, "my support for Keystone is steadfast." U.S. President-elect Donald Trump promises "100 per cent" to approve Keystone XL in his first days in office.

The Keystone XL mega-project can easily handle Alberta's seemingly unslakable desire to pull ever more fossil carbon out of the ground. Just take a look at the chart below.

This is the oil industry's own chart showing their production plans through 2030. I've overlaid proposed pipelines and existing rail as red bars. As you can see, the industry's goal is to keep extracting ever greater quantities of fossil carbon, year after year. And as you can also see, piling the Keystone XL pipeline on top of all the other existing infrastructure is more than enough to handle even these plans.

Now call off the pipeline wars…

With Keystone XL approval in the bag, there's no need to force unnecessary pipelines down the throats of bitterly opposed Canadians.

Just how big is Keystone XL? Here are a few facts to put the gigantic scale into perspective:

Not bad for just one pipeline. XL indeed.

Can we call off the pipeline wars now?

Trudeau can now avoid the looming bitter and divisive fight over Kinder Morgan TMX. Will he?

We are about to learn the answer in a just few days when our Prime Minister shows his cards on Kinder Morgan's Trans Mountain pipeline proposal.

That pipeline would pump another 8.6 billion barrels of bitumen — releasing another 5.1 billion tonnes of CO2 — down the Fraser River and into the coastal waterways of British Columbia. It faces a fierce wall of opposition from Canadians worried about everything from accidental oil spills to intentional climate disruption. It's a divisive tinder box, pitting Canadians against each other.

And it's clear from the industry's own chart above, that it isn't needed anymore.

At a bare minimum, our Prime Minister owes it to British Columbians to put off his final decision of KinderMorgan's TMX pipeline until the fate of Keystone XL is made clear in just a few weeks. It would be a reckless, heartless, and legacy-defining act to set off such a divisive pipeline war unnecessarily. Canadians deserve better.

After all, what kind of leader would pit his own people and their cherished values against each other if he doesn't need to?

Mr. Saxifrage's pleadings fall far short of a vigorous approach to honoring the PM's preening promises at COP 21. To expect that the PM is concerned about dividing the country is a miscalculation. On the contrary, he seems determined to have his cake and eat it too. The dizzying contradictions in his announcements about minor emissions reductions against major pipeline and oil sands development is consistent with his unrealistic assumption that the world has time for his plans for fossilized economic growth and emissions reduction at the same time. He placates, Enbridge, Kinder Morgan, Notley, Wall, Clark, and Trump while pretending that empty words, promises, and intentions will placate the rest. He's clearly a captured PM who is, in many ways, worse for us and the world than was Harper. At least the latter was only a minor hypocrite who didn't mind being disliked.

No, Barry. "We" can't call off the pipeline "wars" until the Oil Companies and the politicians they employ all over the world stop creating the wars and the pipelines stringing them together. If you seriously think these Fossil Fuel Corporations will stop with the KXL and DAPL that Trump green lighted today you are sadly mistaken. Global Oil ties with Exxon and Putin are well known as are the 'Alt-Ukraine' pipelines planned under the Black Sea Turkey, Russian, & Iran etc. The Black Snake won't be content just destroying North America just like the uber wealthy 1% who can't be satisfied ~ they want it all