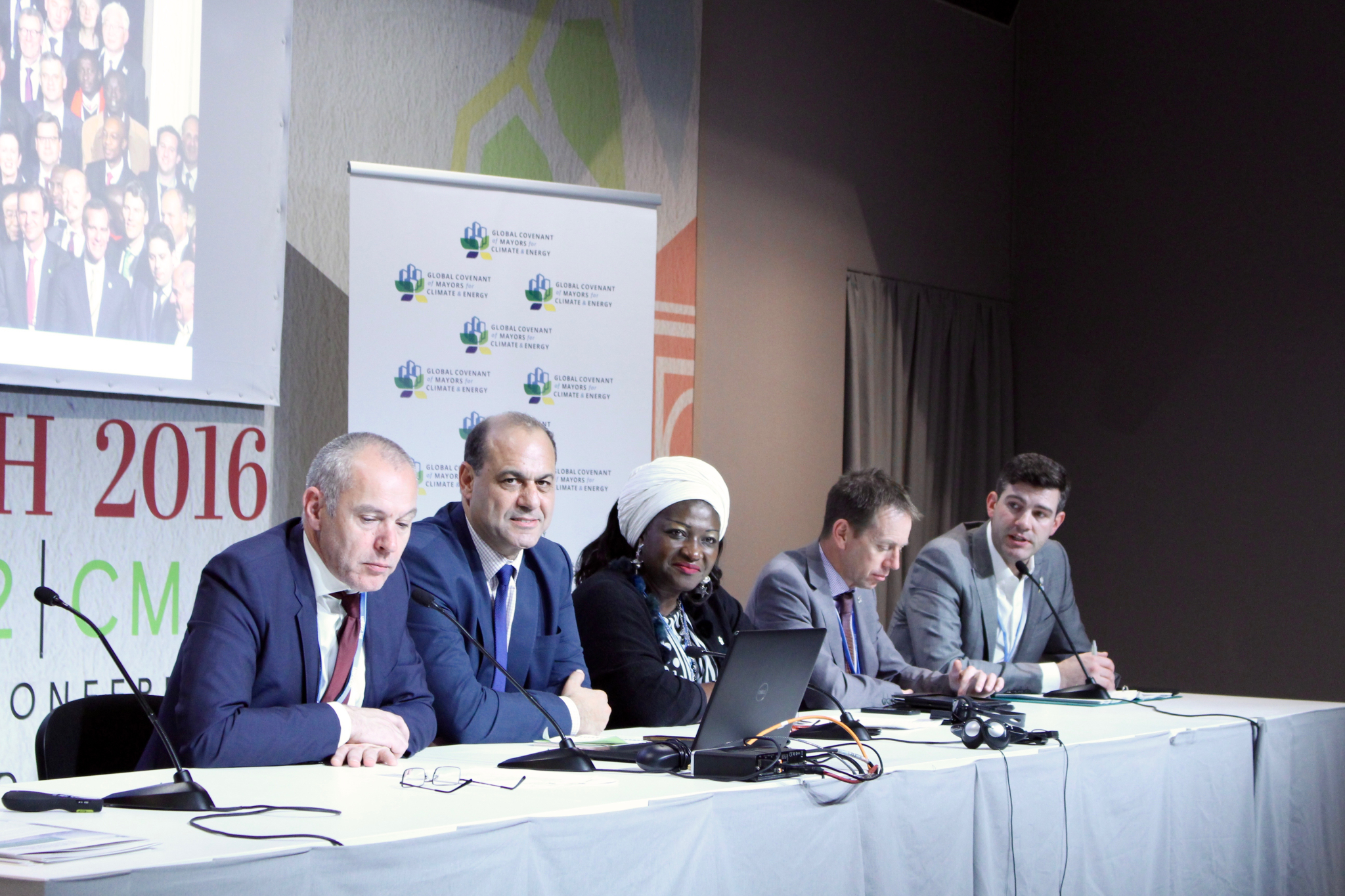 Edmonton Mayor Don Iveson joins mayors from around the world at the UN climate negotiations in Marrakech. Photo by Seble Samuel.
Previous story
Next story

The mayor of Alberta's capital city took centre stage at the UN climate change summit on Friday to promote an agreement that requires cities around the world to shift to a green economy.

Flanked by mayors from Cameroon, Italy, Australia and other countries, Don Iveson, the Mayor of Edmonton and chair of the Federation of Canadian Municipalities' Big City Mayors Caucus, explained the role of cities in the fight against climate change and the Global Covenant of Mayors for Climate and Energy.

"Not much happens without the participation of provinces and sub-national governments," said Iveson. "If I think about the order in which our discussion about climate change and in particular carbon pricing has proceeded, it started with advocacy from local governments."

Edmonton signed onto the Global Covenant in 2015, following the Local Governments for Sustainability World Congress in Seoul, Korea. The goals are to shift to a green economy using science and evidence-based policies, raise literacy levels around climate issues, increase climate resilience and minimize environmental damages, as well as to bolster a large increase in green jobs.

Cities can provide a significant boost to national and international efforts to fight climate change through targeted urban planning policies, such as efforts to improve public transit or encourage the development of buildings with low or zero climate pollution.

Other Canadian cities that have signed onto the initiative include Victoria, Halifax, Ottawa, Montreal, Canmore, Thunder Bay and Vancouver.

Over 300 Canadian municipalities have also signed on to Partners for Climate Protection to reduce carbon emissions through the use of inventories, targets and local action plans.

With rising urbanization, the role of cities in the climate movement is becoming increasingly important. "We know that two thirds of global emissions come from cities, but we also know that cities can be very vulnerable to the consequences of climate change," said Jos Delbeke, Director General for Climate Action at the European Commission. "So this is a real lever that can be exercised."

Mayors from around the world gathered at the United Nations climate negotiations in Marrakech following the launch of the Global Covenant of Mayors for Climate and Energy last June.

Cities from Porto Alegre to Monrovia, Berlin to Tegucigalpa, Harare to Wellington, and Gibraltar to Yaoundé have signed on to the global initiative in which cities commit to a lead role in fighting climate change. Seen as the largest global alliance of cities committed to climate action, the partnership spans six continents, 119 countries, 7100 cities and more than 600 million urban residents.

The initiative is a partnership between the European Union Covenant of Mayors and the Compact of Mayors. Launched in June 2016, it continues to gain momentum with growing numbers worldwide.

Way to show up Don Iveson and

Way to show up Don Iveson and Edmonton!!!

Would that our federal

Would that our federal government could be as motivated to fight this fight as the mayors. Federal government still seems to be in the petroleum pockets. Of note: the big protest march down Cambie Street in Vancouver was not even mentioned on the CBC web site today. What kind of communication do we have in this country when our public broadcaster doesn't even report on things like there mayors' initiatives and major climate protests in Canada. It is a dastardly type of censorship.