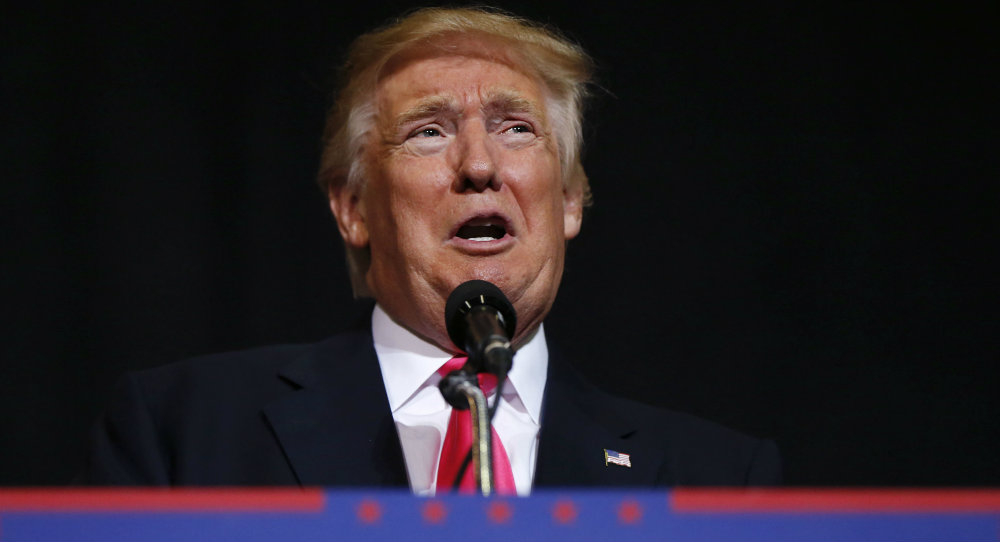 In a strange interview with the New York Times on Tuesday, Donald Trump appeared to retreat on some key promises. Photo by the Associated Press.
Previous story

U.S. Presidential-elect Donald Trump appeared to retreat on key campaign pledges on Tuesday to jail Hillary Clinton and pull out of the Paris climate change treaty, as he sat down for a strange interview with the New York Times.

Trump's comments contrasted sharply with his campaign rhetoric on these and other issues, including his earlier support for torturing terrorism suspects to get information.

The businessman had famously pledged to appoint a special prosecutor to investigate his Democratic rival's use of a private email server while she was U.S. Secretary of State. But in the interview with the newspaper, Trump said he "didn't want to hurt the Clintons," adding that Hillary Clinton had "suffered greatly in many different ways, and I am not looking to hurt them at all. The campaign was vicious.”

On climate change, Trump, who had previously suggested that global warming was a hoax invented by the Chinese to steal American jobs, said that it was linked to human activity and that he was "open" to remaining in the Paris climate treaty, despite campaigning to withdraw from the international agreement.

But he also rambled about some debunked conspiracy theories, including one urban legend, spread by climate doubters and based on stolen emails, alleging that some scientists were conspiring to manipulate evidence about global warming — an allegation that has been proven false by multiple investigations.

"I know... they say they have science on one side but then they also have those horrible emails that were sent between the scientists," Trump said in the interview. "Where was that, in Geneva or wherever five years ago? Terrible. Where they got caught, you know, so you see that and you say, what’s this all about. I absolutely have an open mind. I will tell you this: Clean air is vitally important. Clean water, crystal clean water is vitally important. Safety is vitally important."

Trump also made some pointed criticism toward racists who recently celebrated his victory with a Nazi salute.

Finally, on the issue of torture, he suggested in the interview that it would not make as much of a difference in getting information as some people expected.

The interview got off to a false start, one day, earlier, with Trump chirping at the newspaper, which he affectionately referred to as the "failing @nytimes" in a series of Tweets, and pulling out of the meeting.

I cancelled today's meeting with the failing @nytimes when the terms and conditions of the meeting were changed at the last moment. Not nice

Perhaps a new meeting will be set up with the @nytimes. In the meantime they continue to cover me inaccurately and with a nasty tone!

The failing @nytimes just announced that complaints about them are at a 15 year high. I can fully understand that - but why announce?

But one day later, he showed up to meet with the journalists, praising their newspaper as a "great, great American jewel," and expressing hope that "we can all get along."

The meeting with the @nytimes is back on at 12:30 today. Look forward to it!

It is not clear whether Trump set conditions for the interview, and a transcript released by the newspaper indicates that the journalists who participated did not press him on recent controversies about sexual assault and fraud allegations.

But in terms of his other comments, by the end of the interview, even members of the New York Times Editorial Board were scratching their heads:

It was, of course, hard to square all these statements with his record of spreading the birther lie about President Obama, calling climate change a “hoax,” promising he’d “bring back waterboarding” and describing The New York Times as “failing.”

But, hey, if President-elect Trump moderates his views, and then crystallizes those views in policies that, as he put it, “save our country,” we will commend him on growth in office. “I am awed by the job,” he said.

But the newspaper suggested that it still wasn't sure whether it believes anything coming out of Trump's mouth.

"Ronald Reagan used to say that in dealing with the Soviet Union, the right approach was to “trust, but verify.” For now, that’s also the right approach to take with Mr. Trump. Except, regrettably, for the trust part," the newspaper's editorial board said.