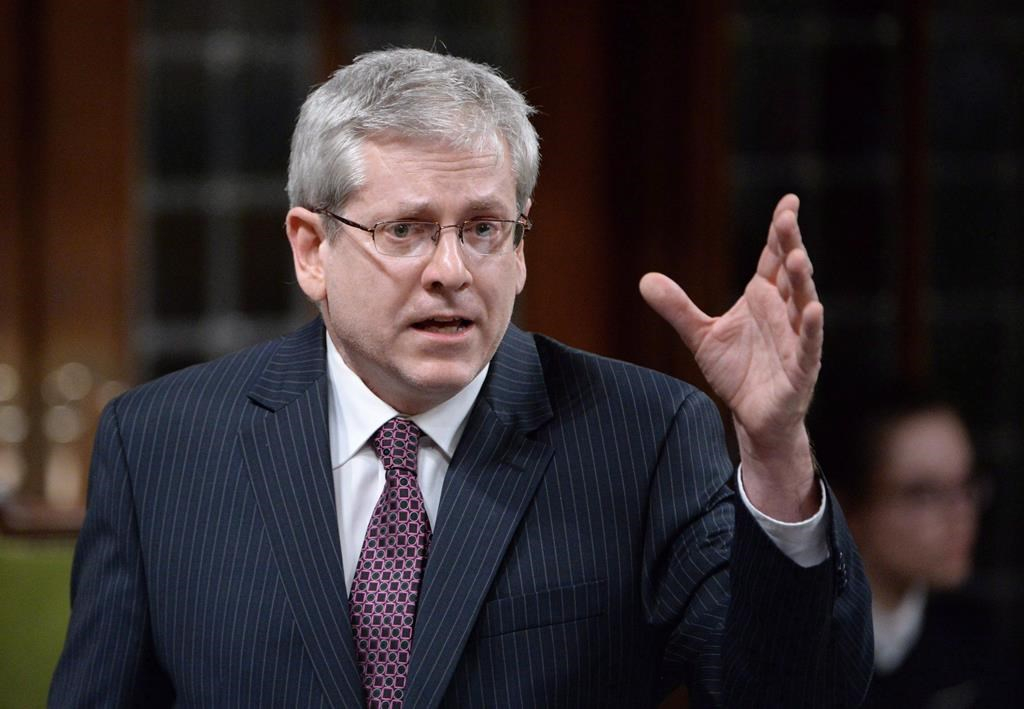 Charlie Angus has written to the Justice Minister, Jody Wilson-Raybould, urging her to honour the government's commitments. File photo by The Canadian Press.
Previous story
Next story

A prominent federal New Democrat says the Trudeau government needs to come clean on the legal advice it's getting about the impact of major energy and pipeline projects on Aboriginal treaty rights.

Charlie Angus, the NDP’s critic for Indigenous and northern issues, said he has been trying to get answers for months from Justice Minister and Attorney General Jody Wilson-Raybould on a series of major development projects.

Prime Minister Justin Trudeau had already agreed to do this when the federal Liberals agreed to implement recommendations made last year by an inquiry into Canada’s abusive treatment of Indigenous children in residential schools, Angus said. The Truth and Reconciliation Commission called on the government to publish all legal advice about decisions and policies that could impact Aboriginal treaty rights.

"We call upon the Government of Canada, as an obligation of its fiduciary responsibility, to develop a policy of transparency by publishing legal opinions it develops and upon which it acts or intends to act, in regard to the scope and extent of Aboriginal and Treaty rights." — Recommendation #51 from the Truth and Reconciliation Commission.

“The prime minister was emphatic that the government would immediately implement all the recommendations of the Truth and Reconciliation Commission," Angus said in an interview. "Call to action 51 (from the commission’s report) is clear.

“The Justice Department needs to start proactively disclosing documents relating to infringements and impacts on Aboriginal rights and title and they are not doing that.”

Wilson-Raybould's office was not able to respond to questions from National Observer, sent last Friday, about how the government planned to deliver on its commitments to implement the commission's recommendations.

Angus, who has been pondering a run for the leadership of the federal New Democrats, said he was troubled by the minister's silence.

“As a justice minister and attorney general of Canada, she’s accountable to Parliament," Angus said. "She needs to explain why they make decisions and she refuses to answer questions in Parliament. If she doesn’t bother to answer letters written about serious issues, then this is not a government that’s following through on the prime minister’s commitment to the Truth and Reconciliation Commission to be open and to make the reasons why they make these decisions and impact indigenous rights — make them known to Canadians.”

Angus said he sent a new letter to the minister on Nov. 17 after receiving no response from one that was sent about similar issues on Aug. 11, when he inquired about federal permits that were issued for the Site C hydroelectric project. The multi-billion dollar Site C dam would create an 83-kilometre long reservoir on the Peace River, flooding farmland along with traditional First Nations territory, affecting hunting, fishing and trapping rights. It has triggered a legal challenge by two First Nations in Federal Court.

Promise should apply to all projects, Angus says

In his latest letter, Angus said his calls for disclosure of legal advice should apply to all major projects under review by the federal government.

"This is true not only for the Site-C Dam but for all projects including the recent LNG Project (Pacific Northwest LNG) in British Columbia, the Muskrat Falls (hydroelectric) Dam in Newfoundland and Labrador, and the larger number of potential pipelines across Canada such as Kinder Morgan," said the Angus letter.

Minister Wilson-Raybould's office confirmed receipt of his letter and said in an email to National Observer that “a response to the letter is being prepared.”

In a speech to the Canadian Bar Association last August in Ottawa, Wilson-Raybould, a former crown prosecutor and also a former regional chief of the B.C. Assembly of First Nations, said she believed the government would soon make progress on a number of important files. She pointed to files that would improve the government's relationship with Indigenous peoples and its efforts to implement the United Nations Declaration on the Rights of Indigenous Peoples, a document designed to affirm the rights of Aboriginal people around the world.

“I’m extremely proud to have spent the vast amount of my career on Indigenous legal issues and now to be part of a government whose leader has made a firm commitment to fundamental change with a vision for true reconciliation with Indigenous peoples.”

Minister says agreeing to make changes was "the easy part"

But she noted that agreeing to make changes “was the easy part.” The challenge is how to implement policies such as the UN declaration, she said.

The Liberal government is expected to make decisions in the near future on three major pipeline projects: Enbridge's Northern Gateway and Line 3 replacement pipelines, as well as Kinder Morgan's Trans Mountain expansion project.

Wilson-Raybould represents a Vancouver-area riding where there is strong opposition to the Kinder Morgan project. Last weekend in Vancouver, several environmental groups, First Nations and local political leaders staged a major demonstration that drew a crowd of thousands urging the government to reject the project. Other demonstrations have been staged across the country.

Angus’s latest criticism follows an unusual response from the Justice Department. The response asked him to wait up to 960 days for the release of other documents he requested through access to information legislation. The requests are related to permits the government issued for the Site C hydroelectric project in B.C.

As National Observer reported earlier last week, Angus asked the information commissioner to investigate this delay, criticizing the department for showing bad faith. The department has said it cannot comment on the matter, but said that, in general, it tries to respond to access to information requests as soon as possible, while providing partial releases of information, when available, if it is dealing with a large file.

On Kinder Morgan’s proposed west coast Trans Mountain pipeline expansion, Angus said that this was another area where the federal Liberals need to be more transparent about the advice they are getting, in keeping with their promise to First Nations. A Trudeau-government appointed panel recently described this project as 'one of the most controversial projects on Earth.'

Texas-based Kinder Morgan proposes to triple the capacity of an existing oilsands pipeline linking Edmonton and Vancouver. This would dramatically increase tanker traffic in the port of Vancouver. The proposal has provoked fierce debate and opposition from several communities and First Nations who say the risks of oil spills are too great.

Industry leaders say the project is needed to promote jobs and growth for Alberta’s struggling oil sector that has been hammered by plummeting global commodity prices.