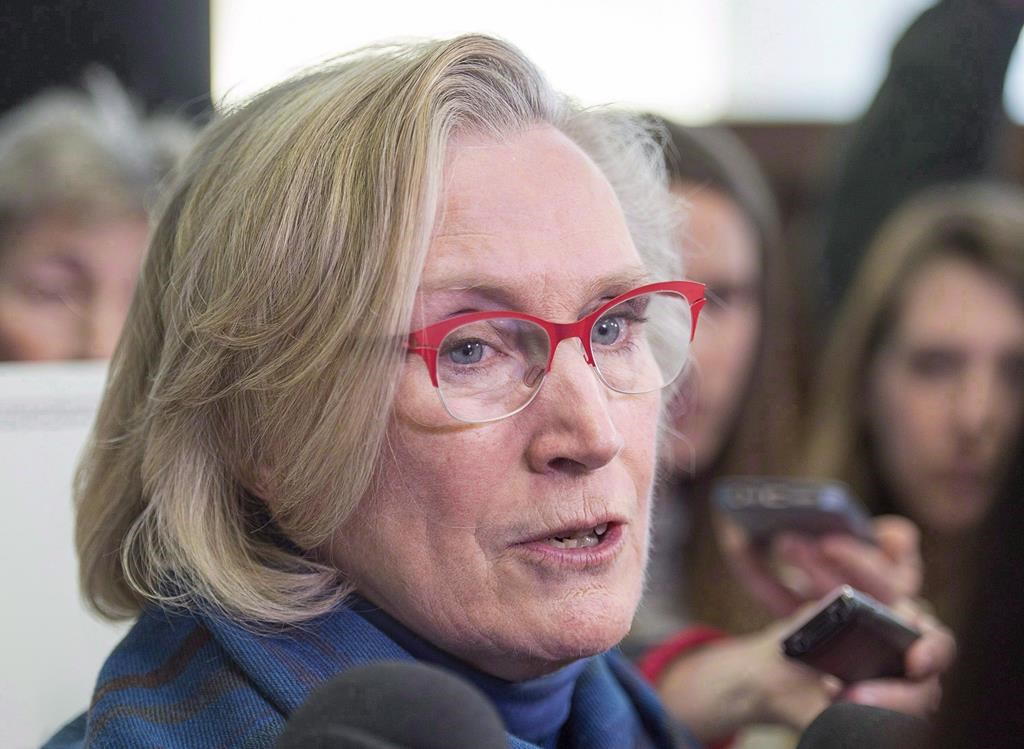 The office of Indigenous and Northern Affairs Minister Carolyn Bennett says it's still determining what to do with a consultant's recommendations on Canada's Arctic drilling law. File photo by The Canadian Press.
Previous story

After spending up to $134,660 for a prominent lawyer to review Canada’s Arctic drilling law, the Trudeau government says it’s still figuring out what to do with his report six months later.

Indigenous and Northern Affairs Minister Carolyn Bennett gave a green light last year for her department to pursue the consulting contract with Rowland Harrison, a former member of Canada’s energy and pipeline regulator, the National Energy Board (NEB). The contract awarded Harrison an hourly rate of $260 per hour up to a maximum of $2,600 for a 10-hour work day to complete his review.

His recommendations include a proposal from environmentalists to toughen requirements for Arctic drilling by forcing the government to assess potential environmental impacts before it opens competitions for new drilling licences. Harrison also accepted a key lobbying request from the oilpatch to extend the duration of exploratory drilling licences from nine to 16 years.

Environmentalists have called the latter proposal a major subsidy for the fossil fuel industry, since it could allow companies to retain existing licences without forfeiting hundreds of millions of dollars worth of fees.

Bureaucrats in Bennett’s department initially tried to withhold details about Harrison’s contract, requested by National Observer through access to information legislation, but eventually released some details following an investigation by the office of Canada’s information commissioner, Suzanne Legault. The investigation concluded after the department disclosed the total value of the contract online, as required under federal guidelines.

When asked about Harrison’s recommendations, initially submitted to her department last May and made public in September, Bennett’s office emailed National Observer a 15-word response a few days ago:

“The minister has reviewed the report and its recommendations and is determining the next steps,” said Bennett’s spokeswoman said in the email.

After this story was published, Bennett's department emailed National Observer a new statement on Friday:

"The Government of Canada is committed to demonstrating to Canadians and to the world that a clean environment and a strong economy go hand in hand," the department said in the statement. "This balance is no more apparent than in the North, which is home to both fragile ecosystems and tremendous economic potential.

Under the existing law, four major oil companies had collectively paid about $500 million in security deposits to obtain their licenses, which expire within five years. But with time running out, they will forfeit most of that money to Canadian taxpayers if the law isn't changed.

The oil companies have asked for extensions on their exploratory drilling licences to give them time to demonstrate to regulators that they can meet tighter safety rules imposed by the NEB, in the wake of BP's Deepwater Horizon offshore drilling disaster in the Gulf of Mexico in 2010. Without a green light from the regulator, they have been unable to begin any exploratory drilling, which is one of the early phases of offshore drilling.

Valcourt, who lost his seat in New Brunswick a few months later in the October 2015 election, then instructed his department to award the contract to Harrison, without an open competition, despite warnings from bureaucrats that it was inappropriate for him to do so.

The outgoing minister followed up with a letter to Harrison, dated July 10, 2015, and released to National Observer through access to information legislation, that awarded the lawyer the contract at an hourly rate of $260 up to a maximum of $2,600 per 10-hour day.

Bennett decided to proceed with Harrison's contract after she took over the indigenous and northern affairs portfolio, noting Harrison’s "extensive" expertise in natural resources law and Arctic exploration.

Environmentalists have warned that the extension of exploration licences could open the door to risky drilling and disastrous spills or blowouts in Canada’s pristine Arctic landscape. They have also cast doubt on expensive drilling projects at a time when the world is moving away from fossil fuels as part of efforts to tackle climate change.

Alex Speers-Roesch, an Arctic campaigner from Greenpeace Canada, told National Observer in an interview that he was concerned whether the money for Harrison's contract was well spent.

"Public money should be spent on serving the public interest, not on making legislative changes at the behest of the oil industry," he said.

U.S. President Barack Obama introduced a five-year ban last month on new offshore Arctic drilling projects. The Trudeau government also announced a deal with Royal Dutch Shell in June, that required the Dutch oil giant to walk away from 30 licences in the Arctic Ocean, opening the door to an announced expansion of protected areas in the region.

But this week in Canada, the federal government has been arguing at the Supreme Court to protect Arctic oil development against a challenge from the Inuit community of Clyde River, in Nunavut, who are trying to stop seismic testing, Speers-Roesch said.

"The contrast is pretty striking," said Speers-Roesch said. "What we see, just recently from the Obama administration is them taking most of the Arctic offshore off the table in Alaska and what we're seeing from the Trudeau government is they are actively in court defending oil exploration in the Canadian Arctic."

Reached by phone on Thursday, Harrison declined to comment on his recommendations or contract, explaining that he had submitted the report in May and that he had fulfilled his responsibilities to the government.

Editor's note: This story was updated at 1:30 pm ET on Friday, Dec. 2 with a new statement from Indigenous and Northern Affairs Canada.

Glad someone is still making

Glad someone is still making a six figure income spinning the oil company wheels.....without subsidies like this, how will we all survive????

Oh yes...and what is the new industry mantra? Climate change is a real concern, but we need to keep pumping that black stuff to solve the problems that black stuff is creating. So full steam ahead, Liberals....clean up those riches lurking in our Arctic. Mitigating climate change depends on it!!