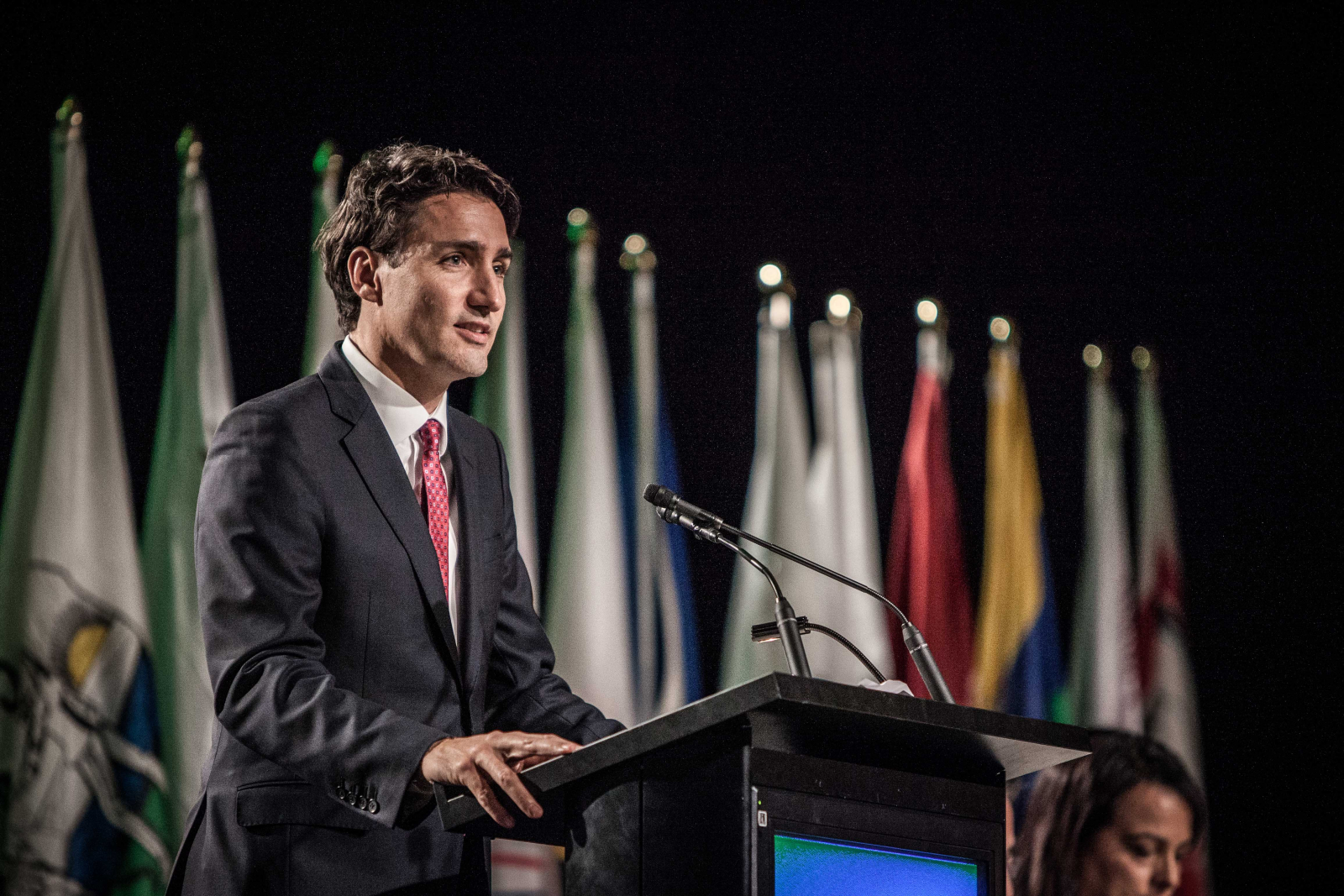 Canada's privacy watchdog intends to look into the Trudeau government's new online survey on electoral reform after concerns have been raised about invasion of privacy.

Canadians must be willing to disclose detailed personal information if they want their views on electoral reform to be included in the results of the online questionnaire.

The MyDemocracy.ca survey does not ask respondents to reveal their names but it does ask them to disclose gender, age, highest level of education attained, occupational work area, combined household income, first language learned, level of interest in politics and current events, and whether they identify as a member of a specific minority group.

Respondents are also asked to provide their postal codes so that their region of residence can be determined — a request that's particularly raising eyebrows.

In many instances, supplying a postal code would be enough to identify the individual, according to Ottawa University technology law expert Michael Geist, the Canada Research Chair in Internet and E-commerce law.

A spokeswoman for privacy commissioner Daniel Therrien said Tuesday that his office can't comment because it hasn't yet looked into the survey in detail.

"I can tell you, however, that we plan to follow up to learn more about the survey," said Valerie Lawton.

Vox Pop Labs, the company which designed and is operating the MyDemocracy website for the federal government, says the personal information is needed to ensure that the results of the survey are representative of the Canadian population.

The survey advises respondents that they don't have to volunteer the personal information but adds that "not answering these questions will result in your input not being included as part of the overall results of the study."

Geist said the survey is likely compliant with the Privacy Act but is nevertheless "inappropriate."

"I just think it's inappropriate in the context of a government consultation to link disclosure of so much demographic information to participation in a consultation," he said in an interview.

Geist questioned why an online consultation, intended to engage Canadians in the issue of electoral reform, is trying to ensure results are representative of the country's population as though it was a scientific poll.

"The problem is once you start drilling down into finer and finer detail and you're asking all these other pieces of information — including occupation, education and whether you're part of various different identifiable groups — the ability at that stage to begin to actually identify who this person is becomes that much more likely," he said.

"It's not clear to me why you would want to go there ... I do think there are potential privacy considerations here."

Democratic Institutions Minister Maryam Monsef dismissed privacy concerns Tuesday, telling the House of Commons that "providing demographic information is completely optional; it is not required to engage with MyDemocracy.ca."

"Responses will remain anonymous and any data collected will be protected by the federal Privacy Act."

She didn't mention that the views of those who refuse to divulge personal information will not be included in the results of the survey.

Privacy was just one concern raised about the survey one day after it was launched.

NDP democratic reform critic Nathan Cullen questioned why people who are not eligible voters appear to be eligible to take part in the survey. He noted that the survey cautions those under the age of 16 to get the approval of a parent or guardian before answering the questions.

One of the personal questions that asks respondents how often they vote, does provide an option of "not eligible to vote" but does not appear to preclude such people from being part of the results.

"Is there any adult supervision over this thing?" Cullen said in an interview.

At least one professional pollster, meanwhile, derided the survey's attempt to profile respondents, based on their responses, as either "innovators, co-operators, guardians, pragmatists or challengers."

"Sample size can be 10 million for all I care. Bad questionnaire on #MyDemocracy = Unusable data."

In the Commons, opposition MPs continued to question why the survey doesn't ask respondents whether they favour a proportional voting voting system or whether they want a referendum to approve any change to the current first-past-the-post voting system — as recommended last week by an all-party committee.

"I have a question for the minister, inspired by her own survey," said Cullen. "Does she believe seats in Parliament should be allocated based on popular vote or based on the outcome of rock, paper, scissors?"

Conservative democratic reform critic Scott Reid mocked the survey's attempt to profile respondents as "a guardian, a challenger, a co-operator, a fossil or a snowflake."

"I found out I am a unicorn," he joked. "The shared values of unicorns include rainbows, sparkles and ranked ballots."

Reid asked Monsef to reveal the identities of the academics "who advised the Liberals to model their survey on the sorting hat at Hogwarts."

Monsef said the government worked with "an advisory panel of prominent scholars in areas such as research design, survey methodology and electoral politics" to develop the questionnaire.

It would need to be Rock,

It would need to be Rock, Paper, Scissors, Lizard, Spock (credit to The Big Bang Theory for that!) to include Green's and BQ, but would give a far more diverse result and force collaberation in Parliament. Almost as if the 60%+ of voters who don't vote for the winning Party would actually get some representation and governments would be under heavy pressure to fulfill promises - or lose support of coalitions and risk a vote of no confidence. RPSLS would be like the jolt from a defibrillator to our dying democracy since most other systems are a vast improvement to FPTP.

This Government is inundating us with "opportunities to voice our opinions" on everything from pipelines, C-51, TFW, Water protections, neonicotinoids, and everything in between, all at the same time. It is being done quietly, at a busy season, the feedback sites are time-consuming and don't seem to be all that interested in actual feedback - just choosing from their pre-selected options and maybe prioritizing them. An extra box labelled "Other" is as close as the DFO's recent feedback forms got. As seen with the overwhelming (98%+ against) feedback given to the Kinder Morgan TransMountain Panel, it is a sham. Even when we refuse to participate in the voting survey to protest it's bias they will twist it into non-participation because we are so happy with FPTP and therefore fully support the current government. Every result manipulated to their benefit is criminal and there should be an investigation of all of the so-called feedback processes they have been using. Steven Harper had no interest in our opinions - he was straightforward about it and we knew where we stood. Trudeau jr is squandering tens of millions (we should be told what every one of these is costing taxpayers) in a PR exercise designed to deceive and manipulate. People are catching on and the token apologies do not change the massive fraud occurring.

The purpose of the Liberals

The purpose of the Liberals asking the personal and demographic information on the MyDemocracy site is that once they can see clusters of support for PR, either in geographic areas or among identifiable income levels, age groups, etc. they can then better design and target delivery of their propaganda campaigns to either win over or sideline those voices and opinions to stick with first-past-the-post or for a seeming alternative that equally favours the party in power, that is, the Liberal Party of Canada. If they find a cluster with a low level of support for PR or a high level of support for F-P-T-P, they know they don't have to spend a lot of resources in the areas where those clusters appear. This is all about messaging and winning both the public debate and the next federal election and the next, and the....