A look at details of framework agreement on climate change

By The Canadian Press | News, Energy, Politics | December 10th 2016
#613 of 1554 articles from the Special Report: Race Against Climate Change 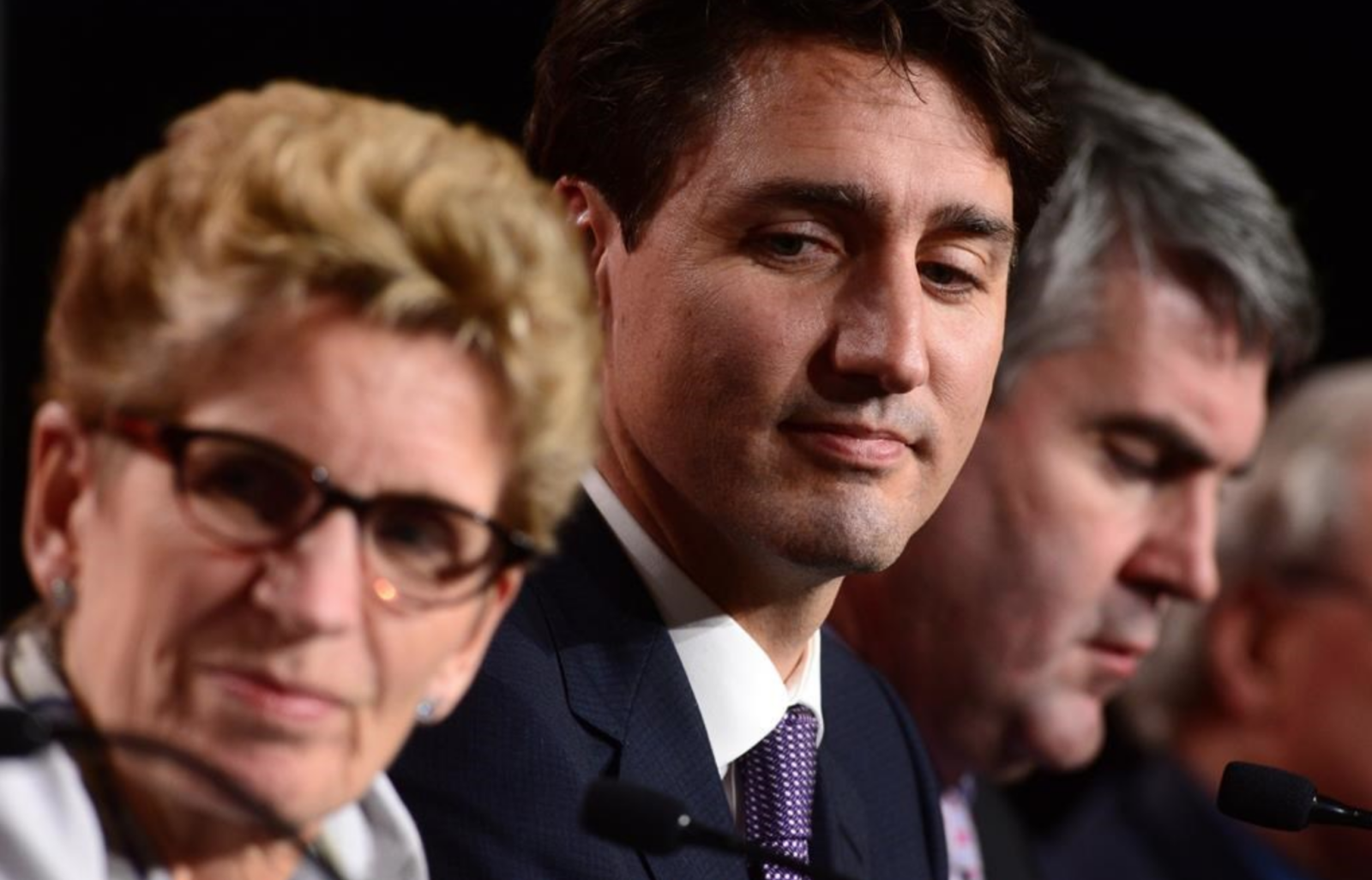 Prime Minister Justin Trudeau won the agreement Friday of eight provinces and all three territories for an "historic" pan−Canadian framework on clean growth and climate change.

The agreement is intended ensure Canada meets, or exceeds, the 2030 goal of reducing greenhouse gas emissions by 30 per cent below 2005 levels, as promised at last year’s U.N.−sponsored climate change summit.

The core measure is imposition of a national price on carbon, starting at $10 per tonne of carbon emissions in 2018, rising to $50 per tonne by 2022. The federal government will impose that price in provinces that refuse to adopt their own carbon pricing regimes.

In a concession to British Columbia Premier Christy Clark, outside experts will evaluate the effectiveness and comparability of different carbon pricing mechanisms, with an interim report due in 2020 and a final evaluation in early 2022.

Beyond that, the first ministers agreed to:

2030 is too late! NOW is the time -- don't keep messing with Mother Earth! We have had too many earthquakes from fracking, too many destroyed livelihoods from pipeline oilspill, too many destroying mountains, too many tailing ponds killing bird-life.... As man destroys Mother Eaarth she will reciprocate in kind. Be aware; and Beware!