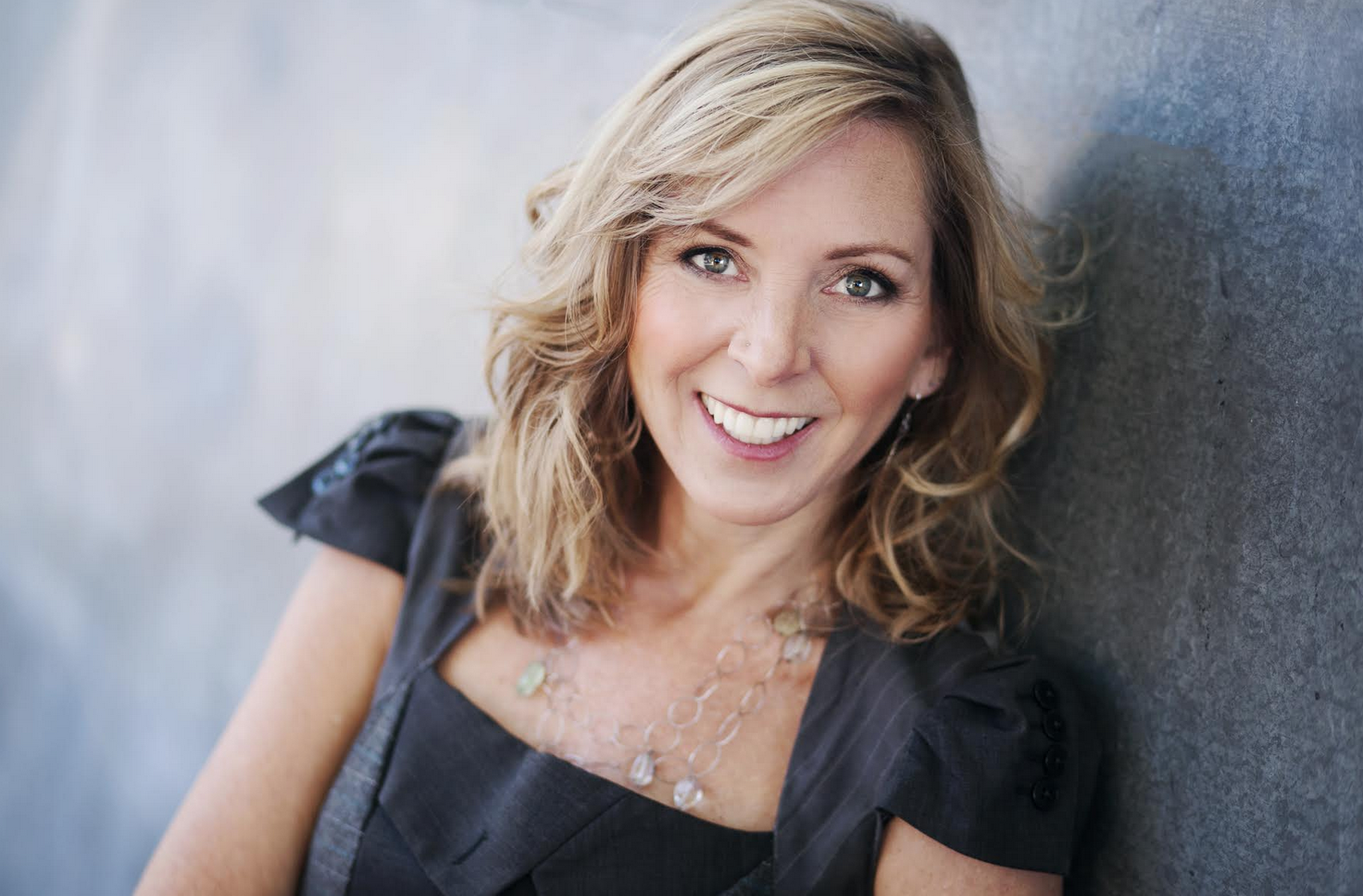 Millions of Americans are fed up with the sleazy reputation of Wall Street, including California-based impact investment guru, Kristin Hull. She’s the founder and CEO of a multimillion-dollar investment company and has a PhD in education, social and cultural studies from the University of California, Berkeley.

And while Hull is no New York City corporate big hitter, her work is proving on a smaller scale that you can shake up the Wall Street investment model and still profit at the end of the day.

Her secret is to invest in tomorrow’s economy, she says, an economy that includes women, people of colour, and climate-friendly enterprise.

“I think around a third of us might believe that we actually live on a planet with finite resources and your investments should reflect that,” the teacher-turned businesswoman tells National Observer. “It’s about having my money aligned with my values.”

“All I have time for is women and people of colour”

“I love seeing my city come alive with these businesses,” says Hull at a restaurant in San Francisco where the interview takes place. “And because my investment plot is so limited, that’s all I have time for is women and people of colour.”

Hull lives in Oakland with her two children, puppy, and four pet chickens. She was born in San Jose, but Oakland is the city where she grew up, co-founded a community school, and taught elementary as a young woman.

To the hardened, ruthless Wall Street bigwig, her investment model may sound idealistic and impractical. But it’s based on 21st centuries realities, she explains, rather than outdated financial theories developed at a time when people still believed they could burn fossil fuels into eternity without consequence.

“Basically the old school thinking that’s tried and tested is what gets invested in,” she says. “But now, there’s all sorts of fun statistics proving that diverse leadership is not only more inclusive, but it’s actually more innovative.”

Hull knows that investing in diversity is not only right thing to do, but the profitable thing to do as well. But it took her a while to figure this out, she says, like most investors who start out young.

Her financial career began at home in Oakland, where her mathematician father crunched market-predicting algorithms in their garage for the family trading business, while she worked on the company’s philanthropic investments. But she didn't grow up wealthy — an experience she says taught her the value of money.

"I think that if you grow up with money, there’s all sorts of language and culture about ways to live and money messages that would be different if I had grown up with it I think," she says. "But I grew up with a pretty exceptional father. His theory is that you buy low and sell high as frequently as you can, so I think I understood early on that the markets could be harnessed for profit.”

Hull was in her thirties when her father sold their trading business, and she ended up with more money than she could possibly ever need. She started networking with other wealthy young people who wanted to give back to the world, and eventually, started her own impact investment company.

Many of her early transactions were with a group she called the ‘Stanford Boys’ — young, eager entrepreneurs (primarily Ivy League business school graduates) who would petition her to support their renewable energy projects with her newly acquired millions. She learned a lot from these “wonderful white men” and their “white male prodigies,” she says, but eventually, she started to notice that her money was running out.

"When I became aware of the staggering numbers, that women in venture capital get only four per cent of the investment money, I wanted to be a part of shifting that," she explains. “That pattern wasn’t what I grew up with, it wasn’t the Oakland I wanted to see, and it wasn’t the world I wanted to see. So I stopped, made a shift and said, ‘This isn’t all impact investing — I want to see diverse leadership.’”

The realization gave birth to Nia Community Fund in 2010, and three years later, Nia Global Solutions, which took the high-impact investment lessons learned from its predecessor into publicly-traded markets. Today, Nia Global Solutions has at least 35 companies in its portfolio working on healthcare, food security, affordable housing, transportation, education, sustainability, and financial services around the world.

Having product in the publicly-traded market and a diverse portfolio of investments, says Hull, is how she plans on going after Wall Street.

“I really realized we have to meet people where they’re at to bring them this way,” she explains. “I realized that my own personal story of being 100 per cent invested with my values actually is effective, and that telling that story has been helpful in showing others that this type of investing is not only possible, it can be game changing for transforming our economy, fun and profitable as well."

Hull’s theory on investing is simple: if everyone’s money is out in the world, sitting in banks, or spinning the wheels of a company somewhere, why can’t the work it’s doing contribute to the greater good?

It’s a tough sell for Wall Street, she says, but slowly, more and more companies are starting to realize that the markets are increasingly supporting business that is green, lean, and inclusive.

It’s easier for new businesses to hop on board, she admits, but for those currently in operation, she recommends cleaning up the chain of operations step by step. While an oilsands company might have to make drastic changes, she says, a paper company, for example, could slowly starting going digital or commit to 100 per cent renewable materials.

“I think those are the kinds of changes we’re looking for,” says Hull. “Do the regular Wall Street people believe this? I think they’re coming around and I think the research is going to support it. But we’re going to need more journalistic stories about it, because people don’t really care so much about the statistics, they need to know more about the story.”

Hull has been asked to tell her own story time and time again, from private board rooms to the White House for a meeting on impact investment in clean energy and climate solutions. She says her investment portfolio has even formed part of government-commissioned research on the methods and results of impact investing.

And her presentation tactics for entrepreneurs and executives are unusual; she says she often paints and a red and gold bullseye target, writes the company’s values at the centre (social justice and environmental sustainability, for example), and traces how far its operations lie from the centre.

Arts and crafts are a regular part of her investment presentations, and when asked how a roomful of corporate head honchos respond to her colouring activity, the former elementary school teacher responds:

“Everybody loves it, but they’re looking for something different. That’s why they would come to me. It’s a good interactive way to do it — just making it more real and tangible.”

For Hull, impact investing is a deeply personal experience. She knows many of the men and woman involved in Nia Community Fund’s Oakland projects very well, despite the huge number of investments the company is involved in. It’s tough to balance everything, she says, but she always finds time one way or another.

“I end up saying, ‘I’m going on a dog walk on Saturday, can we manage that business meeting then?’” she laughs. “Or I invite people to my home a lot because I’m making dinner for the kids, and we can re-strategize your business together while we chop vegetables.”

It’s important to invest not only in the business, she explains, but the people as well.

“I don’t know that technology is going to save the planet,” she tells National Observer. “It might just be the corner cafe that’s going to come in first as a gathering spot…That’s where social movements are built, is at that local cafe.”

But it's not only millionaires, says Hull, who can become impact investors in gender equality, environmental sustainability, and social justice. Anyone with a bank account is technically an investor, she explains, and online aggregators like Investibule help individuals put their money into sustainable community ideas for as little as $200.

If you're not sure where to start however, Hull recommends the local bank. She encourages everyone from millennials with students loans to corporate executives to put their cash in community banks that support financial literacy, rather than those who loan cash out to unsustainable or unethical businesses.

“The banks that are too big too fail are part of our failed system,” she insists. "(Local banks) loan to entrepreneurs or people of colour — the people I want to see getting money, whereas the bigger banks, that’s not what they do. That’s not their business model. They fund these huge, catastrophically horrible things, like pipelines or mountain top removal."

Relatively speaking, Hull herself is a small-time investor (Nia Community Fund is worth roughly $10 million), but her investments are a living, breathing example that sometimes, a little goes a long way. Now that she's established, she says, she's also free to take more financial risks by betting on the little guy who would have a hard time getting investment anywhere else.

As always, she adds, she's particularly interested in betting on women.

“It's a great place to be and really explore how to lead in that way," she says. "Is it a completely male driven world? Yes. But impact investing — there’s a lot of room for women. There really is.”

She only hopes that eventually, Wall Street and white men will follow suit.