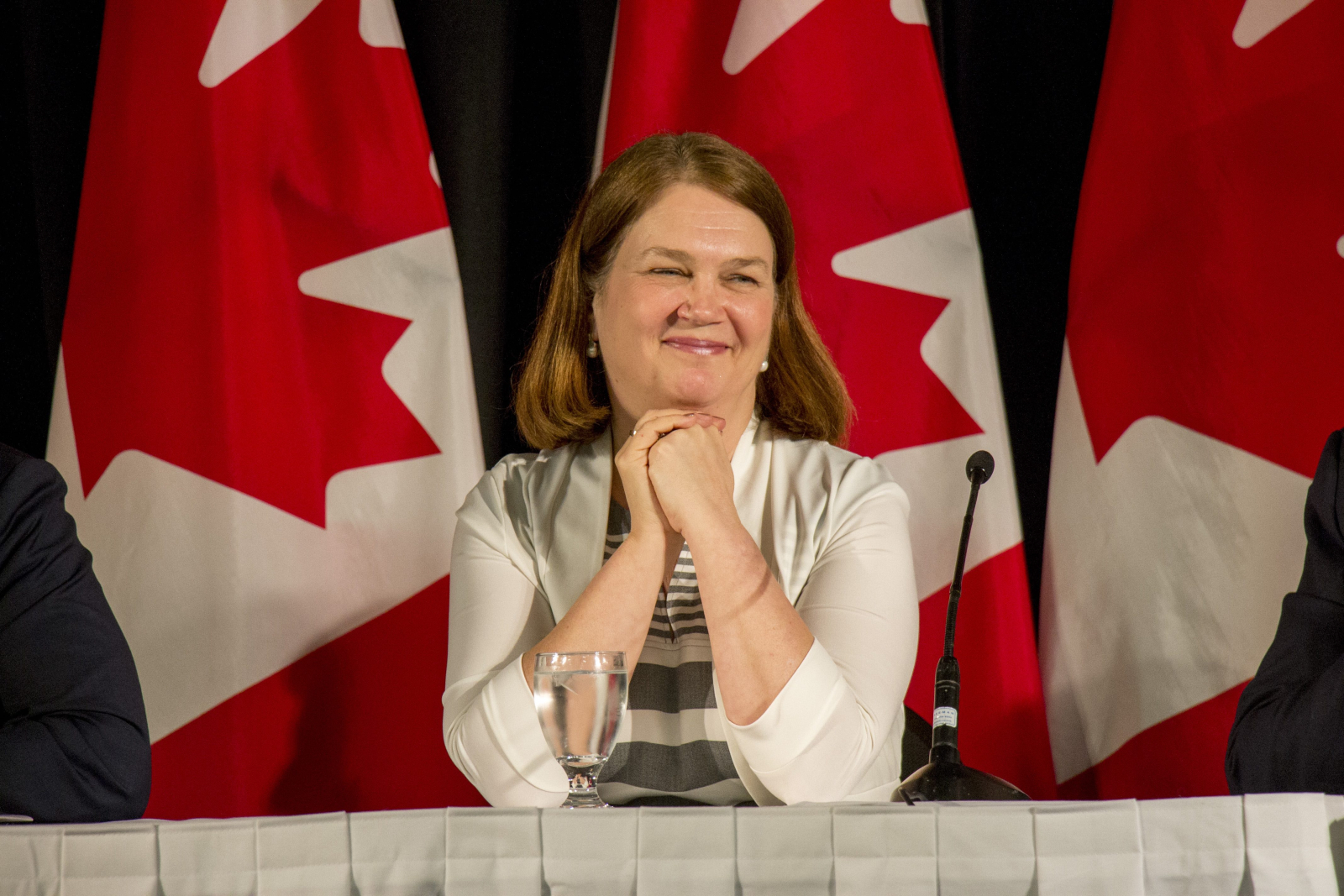 The federal government is making it easier to set up supervised drug injection sites in Canada while cracking down on illicit shipments of fentanyl and the import of equipment used to make pills and capsules.

Philpott is billing the changes as part of the Liberal government's overall effort to take Canada's drug strategy out of the realm of criminal justice and into the public health fold.

Canada currently has only two drug injection sites in Canada, both in Vancouver, and existing laws allow such sites to operate only in exceptional circumstances.

Philpott says the new law would make it easier for such sites to be established, provided they can demonstrate a compelling public health need and a lack of risk to public safety.

The new legislation would also lift a restriction that prevents border guards from inspecting packages that are under 30 grams in weight, provided they have reason to believe the packages contain illegal drugs.

Health officials and political leaders alike have been sounding the alarm about a dramatic spike in fatalities across Canada from overdoses of the deadly opioid fentanyl.

"This is a crisis that is complex," Philpott said during a news conference in Ottawa. "It’s multidimensional and as we make this announcement this afternoon the people who are foremost in my mind are family members, mothers in particular to whom I’ve spoken who have told me the stories of their sons or daughters who have lost their lives due to opioid overdose."

Goodale says an amount of fentanyl roughly the size of a grain of salt can cause a serious overdose.

"As little as 2 milligrams of fentanyl can kill," Goodale said. "In a 30 gram pack like this one that’s 15,000 deadly doses. For Carfentanyl, a tranquillizer for elephants, the figures are much worse. Safeguards of course will be in place, reasonable grounds to inspect the illicit product must exist as a matter of provable fact. But given those facts, border officers need this authority to help save Canadian lives."

In British Columbia alone, officials say there have been 622 drug overdose deaths between January and October, about 60 per cent of them involve fentanyl.