By The Canadian Press | News, Energy, Politics | December 15th 2016
#619 of 1421 articles from the Special Report: Race Against Climate Change 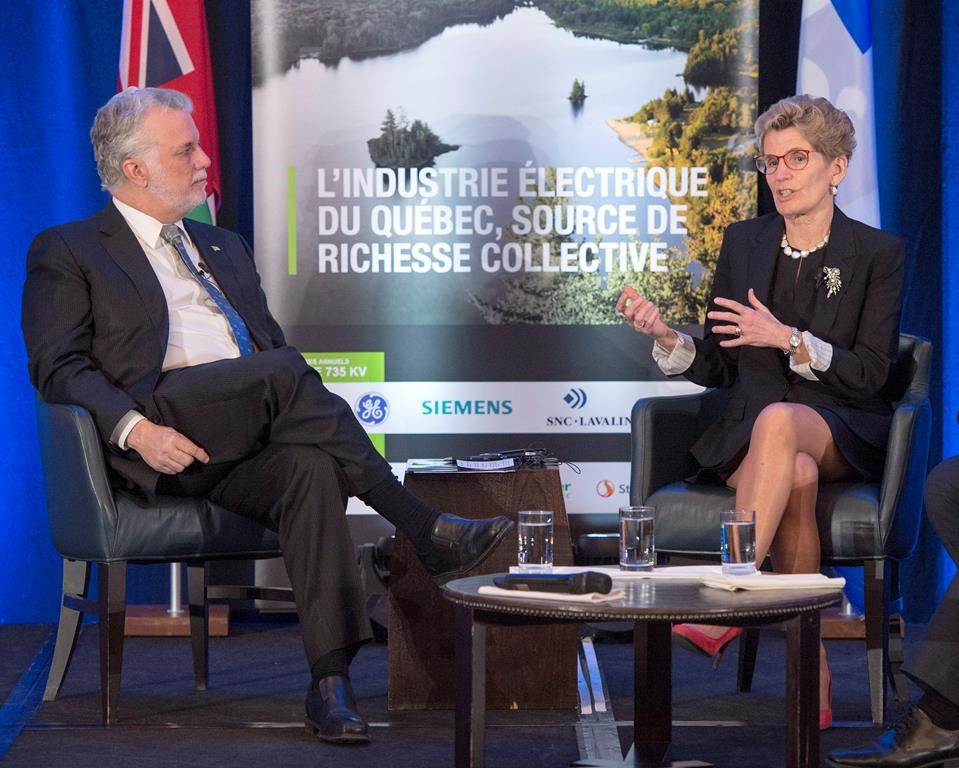 Quebec and Ontario officially signed a $1-billion hydroelectricity deal on Thursday that the premiers of both provinces said was historic and the beginning of an increased energy partnership in Central Canada.

Ontario Premier Kathleen Wynne and Quebec's Philippe Couillard took part in the official signing ceremony for the deal, the details of which were announced in October.

Over a seven-year period, Ontario will be allowed to import up to two terawatt hours of electricity annually from Quebec — or enough energy to power a city of roughly 200,000 people.

"This is a historic deal, the first of its kind and the continuation of the resurgence of the influence of Central Canada," Couillard said.

Ontario will save $70 million over the life of the deal versus previous energy cost forecasts, Wynne said, adding the province's annual greenhouse gas emissions will be reduced by about one million tonnes a year.

"Our understanding is that there is still capacity and we will be as ambitious as we can and at some point there may need to be some infrastructure investment," she said. "But there is still room to improve and expand the partnership."

The new agreement will also allow Ontario to keep up to 500 gigawatt hours of power behind Quebec's dams in what is called a "pump storage'' system, which will permit the province to reduce its surplus generation.

Couillard said that certain terms of the deal haven't been released because of ongoing negotiations with other potential hydro customers.

He said reports that Ontario will effectively be paying five cents a kilowatt hour for the electricity are inaccurate.