By Elizabeth McSheffrey | News, US News, Energy, Culture | December 21st 2016
#622 of 1524 articles from the Special Report: Race Against Climate Change 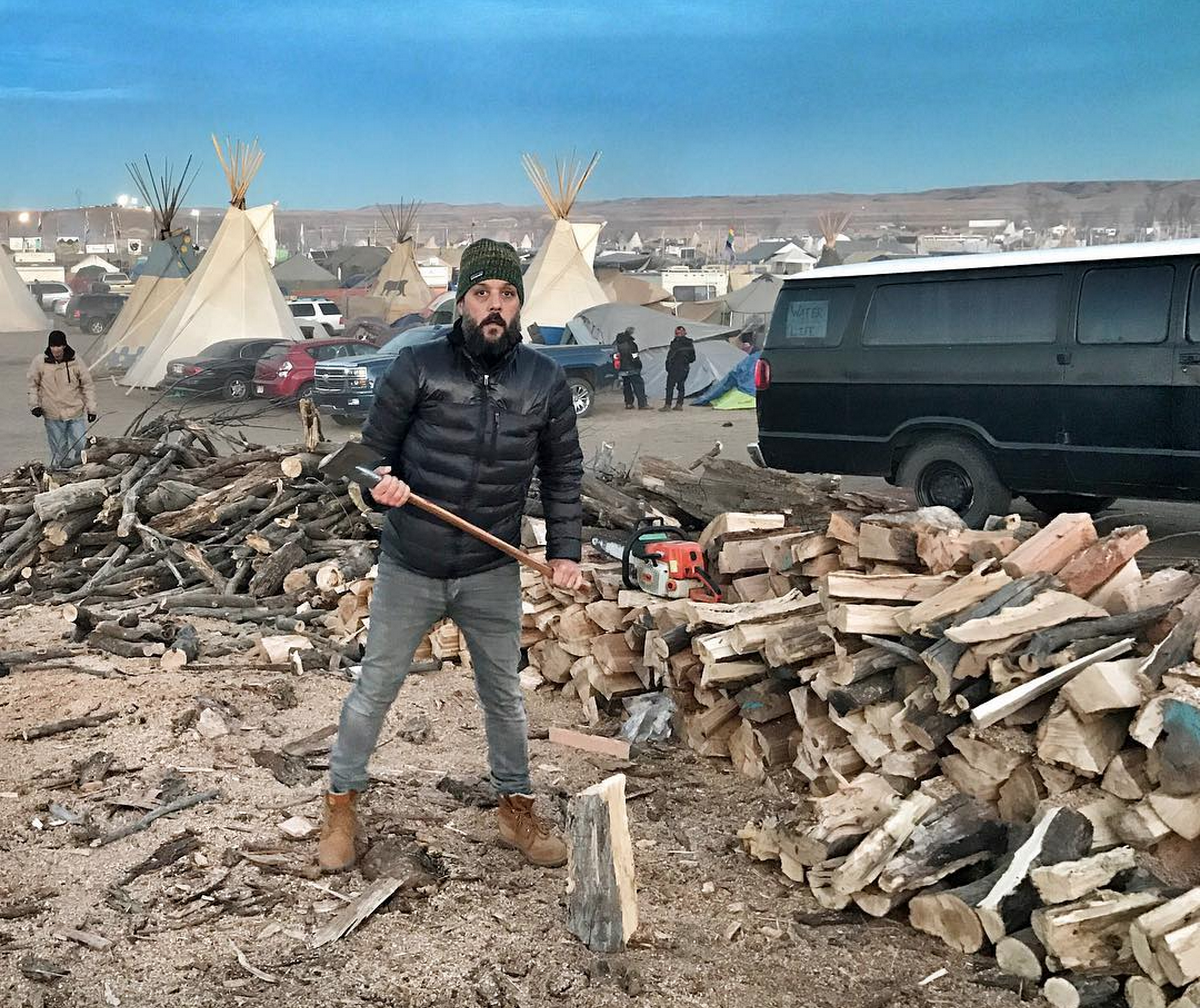 George Stroumboulopoulos was coming home from an anti-pipeline protest at Standing Rock in North Dakota when he heard how Canada was about to boost its own oil and gas industry.

And, as the gates close on 2016, Stroumboulopoulos sees a historic opportunity for Canada in its 150th anniversary year.

The title host of CBC’s The Strombo Show says he has clean energy, indigenous rights, and democracy on his mind.

“I think it’s a very strange time in Canada,” he tells National Observer. “We get to determine what kind of 150 years we have next. Do we have a better 150 or do we have the same 150?”

He says that the protest camps in North Dakota were already buzzing about Kinder Morgan’s Trans Mountain expansion and Enbridge’s Line 3 before the decision came down. The "water protectors" — as Standing Rock protesters describe themselves — are very aware that Canada has “its own fights” in the months to come, he adds.

Boiling it down to the rule of law

Demonstrations at the Standing Rock Indian Reservation — which attracted more than 8,000 people from around the world and halted construction of a US$3.8-billion pipeline — are proof of the power of peaceful protest, says Stroumboulopoulos. Canada now has the opportunity to listen to the voices against the pipelines and choose its next moves carefully, he says.

“Most of the so called ‘Global North’ is only what it is because of the rule of law,” the radio host explains. “That’s really what this boils down to. I don’t believe one country is better than the next… but I do believe that countries that have the rule of law are generally in a better position to grow and help their people grow. So if we have people and we have laws, honour them.”

While he self-identifies as an environmentalist, he says the trip was less about protesting an oil pipeline than it was supporting the right of indigenous people to land, culture, and self-determination. He spent most of his time in a pickup truck doing supply runs, he adds, and already has plans to return in the New Year.

The militarized police response to the movement along with the decision to move the pipeline away from a municipality's drinking water system and directly into the water source of a First Nation, cemented his resolve.

A flashlight into dark corners

Stroumboulopoulos, a former MuchMedia darling and Hockey Night in Canada host, is a well-known face in Canada’s social justice community. The six-time Gemini Award winner is the first Canadian National Ambassador Against Hunger for the UN World Food Programme, and one of three Canadians recognized as a Young Global Leader in 2012 by the World Economic Forum.

He was in Haiti just before his trip to Standing Rock, working with Artists for Peace to support education, justice, and dignity in disadvantaged communities. While he doesn’t consider himself a ‘celebrity’ per se, he says has a responsibility to use his voice in the media as a force for good whenever he can.

“I’m very lucky to be in a position where I’m able to reach an audience,” he says. “A celebrity or someone with a big profile, whatever — essentially has a big flashlight. The choice is, do you shine it on yourself or the corners of the room that need the light? That’s what I want to do.”

The show host draws his inspiration from artist-activists like Neil Young and Jane Fonda, both of whom have championed environmental causes for decades. And while he’s known Gord Downie of The Tragically Hip for years, he says the rocker’s recent efforts towards indigenous reconciliation in Canada are a “beautiful accomplishment.”

Prepping for the HIP30 concert

Downie’s latest graphic novel and album duo, The Secret Path, tells the story of a residential school student named Chanie Wenjack, who died more than 640 kilometres away from his home while fleeing northwestern Ontario's Cecilia Jeffrey Indian Residential School in 1966. While The Tragically Hip front man has been working towards indigenous reconciliation for years, his efforts have been hurled into the spotlight since his terminal cancer diagnosis in May.

“But there’s also that other part of you that wants to go to a bar and watch a band play wicked rock and roll tunes, and they feed that too. I think what’s amazing is how they’ve really mastered both crowds, or both parts of your brain.”

CBC listeners will be able to hear Stroumboulopoulos paying homage to the famous Canadian band on a taped show that will air on New Year's Day. He hosted the HIP30 concert in his living room. The special event, featuring special guests like Blue Rodeo, Rush, Sarah Harmer, and the Barenaked Ladies, will include covers of The Hip classics, an interview with Downie, and shared memories from more than 30 years of The Tragically Hip.

It’s not a eulogy for the band’s front man, Stroumboulopoulos emphasized, but a celebration that has been years in the making.

“Of course, we’re not naive, we know Gord’s health is front and centre in a lot of people’s minds, and we honour that, but this is about celebrating this band who has done something incredible," he explains.

The concert will air on The Strombo Show on Jan. 1 between 8 p.m. and midnight on CBC Radio 2.