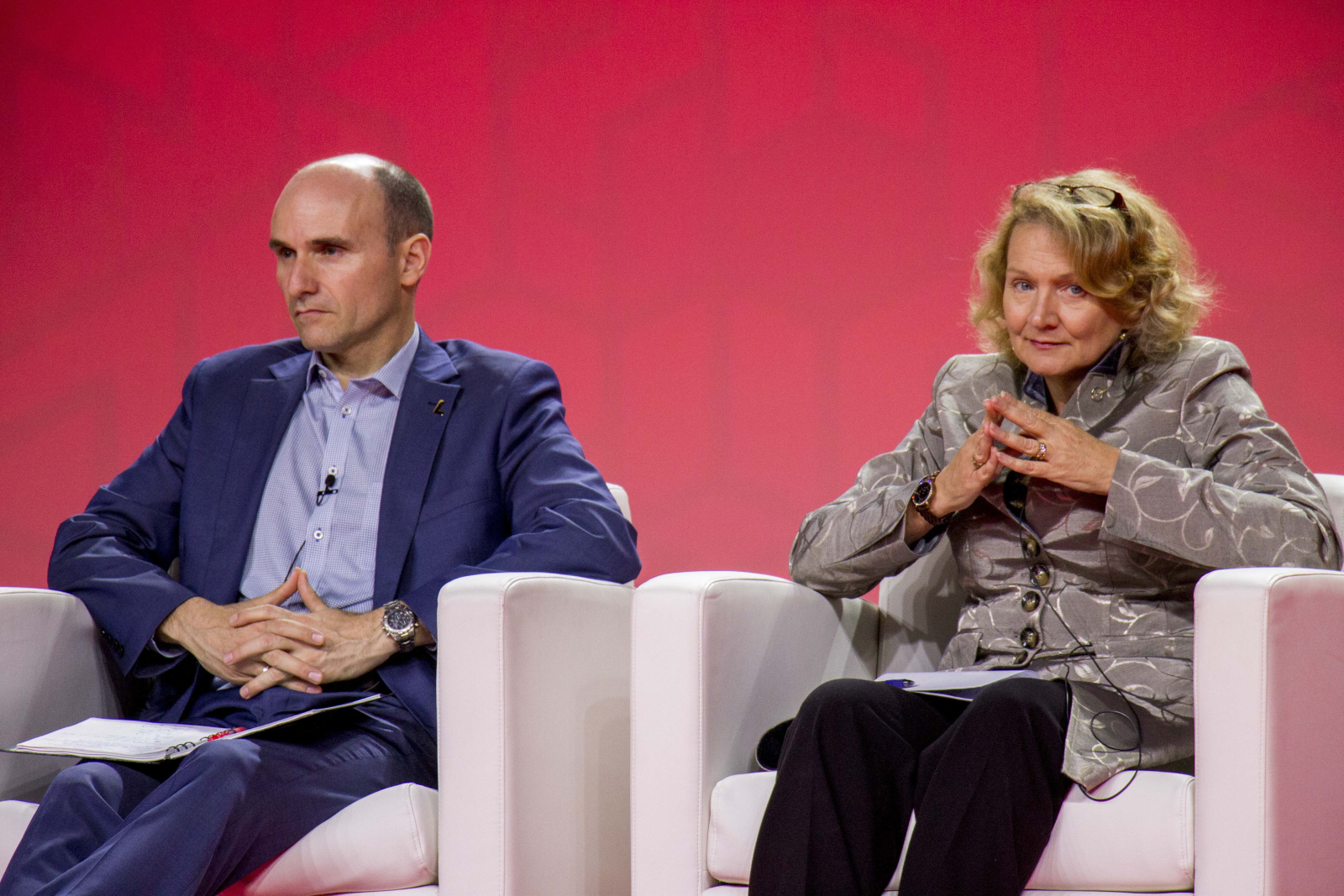 Family Minister Jean-Yves Duclos appears at a Liberal Party of Canada event in Winnipeg on May 27, 2016 with Liberal MP Karen McCrimmon. File photo by Bea Vongdouangchanh
Previous story
Next story

The federal Liberals are sticking by their claims of the ability of the Canada Child Benefit to lift children out of poverty as newly released documents raise questions about whether its effects are being oversold.

The government has repeatedly said the benefit would cut child poverty rates by 40 per cent from 2013 levels — a number Prime Minister Justin Trudeau referenced earlier this week in a year-end interview with The Canadian Press.

The claim has confounded anti-poverty activists for months, with few clear answers from the government about how it made the calculation.

Briefing notes to the minister in charge of the file — and obtained by The Canadian Press under the Access to Information Act — show the government has wrapped in drops in poverty rates from years when the Canada Child Benefit didn't exist to reach that figure.

That means the benefit could be credited for a 10 per cent drop in child poverty rates, or one-quarter of the impact the Liberals trumpet, said David Macdonald, senior economist at the Canadian Centre for Policy Alternatives.

"A 10-per-cent reduction in child poverty is nothing to sneeze at. I think that's quite positive and something that they can, I think, take credit for, but I think we need to be realistic about what the impact the CCB has," said Macdonald, who has questioned the government's calculations.

"If their goal is a reduction of 40 per cent of child poverty over the period that they're in office, I think that that's a great goal, but that's not what the CCB will achieve."

A spokesman for Social Development Minister Jean-Yves Duclos said Thursday that the government estimates that 292,000 fewer children will live in poverty by the end of next year, a 40 per cent decline from 2013 levels.

However, Duclos' department, Employment and Social Development Canada, said Thursday the child poverty reduction impact of the CCB "and of other economic developments" could be between 241,000 children and 415,000 children.

The department added that the actual number of children living under the low-income cut off, one measure of poverty in Canada, between 2015 and now is unknown, making it "premature to pass judgment on the estimate produced with the 2013 data (the 292,000 figure)." Official numbers won't be available until 2019.

The new non-taxable, income-tested child benefit rolled out in July with the average family receiving an additional $2,300 annually under a program that was a central plank of the Liberals' campaign platform.

Anti-poverty groups say the benefit will reduce poverty in Canada, noting that child benefits in Canada have been shown to be a powerful tool to help families across the country who struggle financially.

The issue the briefing note highlights is the need for the government to be transparent about its numbers, said Anita Khanna, national director of the anti-poverty group Campaign 2000. Clarity will be essential for the federal government as it crafts a national anti-poverty strategy so Canadians can hold government to account for the timelines and targets set in reducing poverty, she said.

"In order for us to maintain credibility in the fight against child and family poverty and poverty in this country, to maintain and beat back any cynicism Canadians might have about the impact that good social policies have, we need to have clarity, we need to have transparency," Khanna said.

Khanna said the July briefing note also points to shortcomings in the data that is available about child poverty.

In Toronto, officials overestimated the poverty-reduction impacts of the benefit by 30 per cent, revising the number of children affected downwards to 34,000 from 48,800. Calgary's numbers had to be revised downward to 2,000 from 15,200, a drop of 86 per cent.