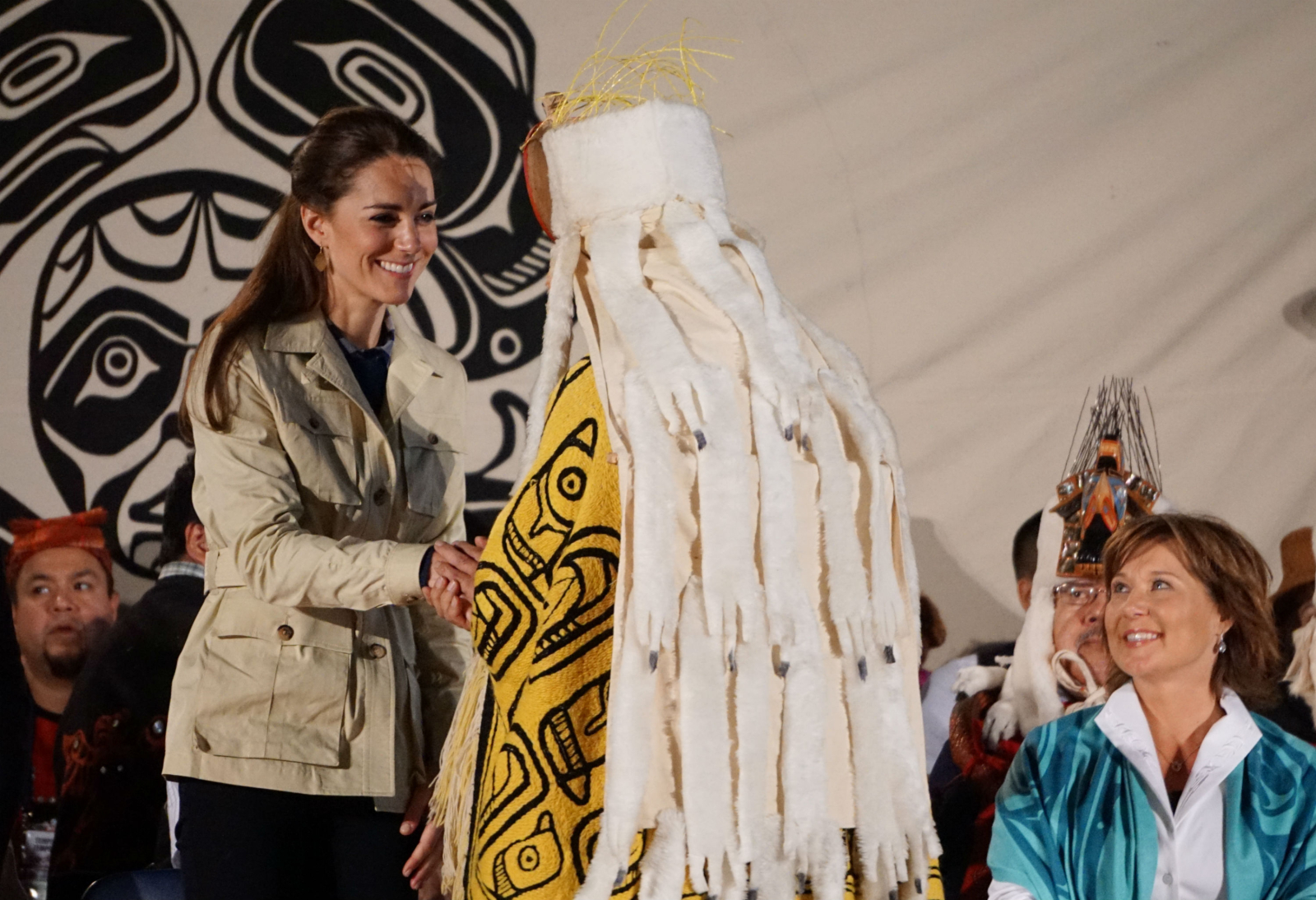 Resource development in Canada is so often mired in bitter conflict that it’s worth remembering there are shining examples of collaborative problem solving.

The 2016 Great Bear Rainforest agreement is a model that offers important lessons. It was one of the most complex multi-stakeholder negotiations ever undertaken in Canada. But its lessons are relevant to business, First Nations and environmental leaders engaged at all scales of resource conflict.

If there is one single lesson that stands out, it is surely that the sound and fury of public antagonism obscures more basic common interests. They may not be easy to find, but if they exist, and if they are artfully cultivated, they can become the basis for solutions that were unimaginable in the heat of battle.

The hardest part is often getting started. The first step is to plumb beneath the conflict, but this is not easy to do while tempers are high and is more difficult for some stakeholders than for others. This is an area where business and First Nations leaders have a catalytic role to play. Environmentalists are usually willing to join but reluctant to initiate dialogue for fear of alienating their base of support during a conflict.

In the Great Bear solutions process, and the earlier Clayoquot Sound conflict, the key starting point was off-the-record discussions, held without expectations or promises of future collaboration. There were simple one-on-one conversations to create open channels and later, more structured but still private brainstorming sessions.

Among the wise contributions by First Nations leaders was the exhortation to suspend “positions” and engage on “principles.” Even though conflict might continue in public, representatives can explore solutions behind the scenes.

There’s a paradox at this early stage. Common ground and creative solutions are most easily found above and below the scale of the conflict at hand. Participants can engage meaningfully on “blue sky” questions about the future of the resource in question. They may also surprise themselves by finding creative solutions to discrete problems within the larger conflict. But it is wise for all parties to agree to park the main conflict itself at the beginning.

It sounds a lot like negotiating an international agreement or a complex labour deal. And it is — it can be a complex series of interlocking discussions. All the parties to the Great Bear success credit a good mediator as a crucial ingredient.

It is often up to industry leaders to find and engage a good mediator who will carry out the process behind-the-scenes. This was the case in the Great Bear where industry leadership in retaining a mediator became an important step in building trust and catalyzing engagement by other stakeholders.

Perhaps it goes without saying, but the quality of the mediator is absolutely crucial. A skilled mediator or facilitator can produce miraculous results. A poorly chosen mediator can harden positions by creating feelings of bitterness and betrayal.

Engaging a mediator might be an early step in a very long process. (It took two decades of negotiations to land the Great Bear agreement.) But it might also be the single most important step a business leader takes. Hire the right mediator, tap a creative, open-minded executive as your company point person. Get out of the way and see where it leads.

The mediator will use their bag of tricks to reduce distrust among stakeholders, at least enough to carry out meaningful discussions. Many key negotiators in the Great Bear Rainforest — be they government, conservationists, forest industry, or First Nations — will tell you that no real progress was made until the mediator had them sit down, drink, and eat together.

"I've never been through one of these things where you can make a breakthrough until people create a personal connection," explained Dan Johnston, the Great Bear mediator. "It's only once they discover things that they share that they begin to feel confident they can take risks in conversations. To solve this stuff, you have to take risks."

You may well need to give some of your team new marching orders. Although public affairs staff are primed to look for areas of agreement, meaningful stakeholder discussions will require technical staff as well as decision-makers. If they have spent much time mired in public conflict, they probably view opposing stakeholders as opponents or enemies to be defeated.

“I had to spend a lot of time persuading my colleagues in the industry that this wasn’t about defeating the environmentalists, it was about resolving the conflict…” says Patrick Armstrong, who has represented forestry companies since the mid-1990s.

There may be solutions waiting beneath the conflict, but another lesson from the Great Bear is that no one will find them if they're locked in a defeat-the-enemy mindset. At least while they engage in stakeholder discussions, you need staff that are able to suspend their positions and get creative.

Once the difficult discussions are underway, participants often find themselves talking past each other, unable even to agree on the nature of the situation they’re talking about.

During the Great Bear Rainforest process, First Nations hired their own consultants to come up with financial figures for their educational, employment, and cultural needs; to assist with land-use planning and conservation science. Their study led to a “shared understanding” about what objectives had to be meet, and it was used as a starting point for forestry representatives and environmentalists.

In the end, all governments and stakeholders created the independent, multidisciplinary Coast Information Team, whose findings became the foundation for objective discussion and ultimately for the agreements themselves.

Get your side organized

Not all conflicts have as many stakeholders as the Great Bear where several companies had to coordinate among themselves in order to engage with multiple First Nations, environmental groups and levels of government.

But when there are multiple organizations, they need structured organization to be successful.

A major stepping stone for each negotiating group in the Great Bear Rainforest was the formation of coalitions. Industry had the Coast Forest Conservation Initiative, the environmental organizations had the Rainforest Solutions Project, and First Nations along B.C.’s coastline formed the Coastal First Nations and Nanwakolas Council.

The creation of these associations made it possible to navigate the solutions process. And once they had achieved agreement, government had a much harder time turning down a proposition that all three associations had signed off on.

You might be tempted to let the mediator to keep track of negotiations and points of agreement. But, just like any “normal” negotiation, it it vital for your team to keep its own record.

One of the most important lessons learned in the process, according to the timber industry’s Coast Forest Conservation Initiative, was to “clearly document agreements in writing in order to establish an institutional memory and reduce the likelihood of future conflicts.”

Proper documentation has already proven essential not only as a term of reference over 20 years of negotiation, but to others solving similar conflicts around the world as well. For example, similar conflict resolution models have been employed in Canada’s Boreal Forest and Chile’s native forests.

Hang in there. Even a royal pain can result in a crowning achievement

During the 20-year negotiation process for the Great Bear Rainforest, dozens of representatives came and went. Governments changed, new advocacy organizations were forged, and new chiefs were elected to lead First Nations. Just like any complex agreement, parties may walk out at various points and there will be impasses that appear insurmountable.

As Patrick Armstrong, advised in his report for the Coast Forest Conservative Initiative:

"Do not expect quick results. Be prepared to invest sufficient resources, both human and financial... Be prepared for changing personnel. Develop an effective and efficient means to transmit learning so that time is not lost in bringing new people up to date with what has already occurred."

If you do go the long haul, the reward could be a solution to conflict, and possibly even a visit from a princess.

This article is produced in partnership with Teck Resources Ltd., Tides Canada and Vancity Credit Union to highlight the stories, people, and history behind the Great Bear Rainforest conservation agreements. National Observer has full editorial control and responsibility to ensure stories meet its editorial standards.