'Have to spread the message:' Jane Fonda lends ear to First Nations on oilsands 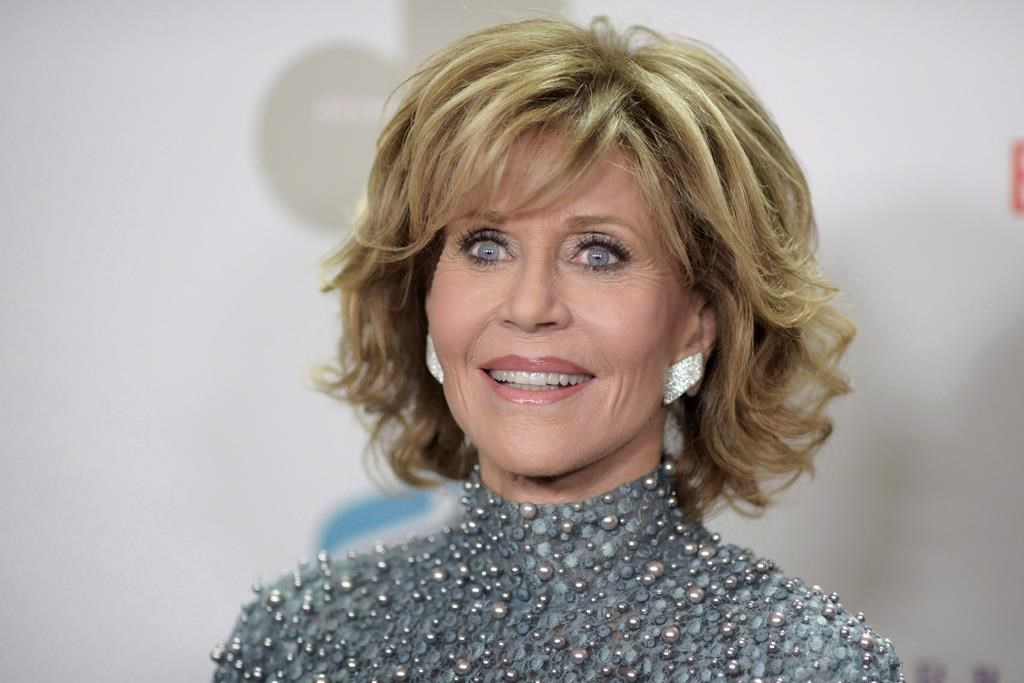 During a visit to Alberta on Jan. 10, actress Jane Fonda urged Canadians to listen to the concerns of indigenous people about resource development. Photo by The Canadian Press
Previous story
Next story

Actor and longtime environmental activist Jane Fonda says Canada should listen to the concerns of indigenous people about resource development.

"First Nations people are again telling us, 'You can't keep doing this, because it's going to destroy everything, not just human beings, all different species,'" Fonda said Tuesday during a visit to the oilsands hub of Fort McMurray in northern Alberta.

The U.S. film star and Oscar winner said she made the visit to learn about the impact of oilsands development on First Nations and to support their opposition to pipelines that would export bitumen to the United States or overseas.

Prime Minister Justin Trudeau's government recently approved the Kinder Morgan pipeline to move bitumen to the B.C. coast and hearings are about to resume on the Energy East proposal for a line heading the other way. And U.S. president-elect Donald Trump has said he will revisit an American decision against the Keystone XL pipeline that would go all the way to Texas.

"We don't want these two new pipelines (Kinder Morgan and Energy East) and we don't want any future agreements between Trump and Trudeau to go back into the issue of the Keystone XL," Fonda said. "It's not to the benefit of anyone except the oil companies."

Fonda said she's aware some First Nations support pipeline development and that many families depend on the industry for a livelihood.

"When people are very poor, they're very vulnerable," she said.

"I don't pretend to be an expert, but I do listen carefully. And I come here with tremendous compassion for people who work in the tar sands and who will be laid off when the work is done or when the price of oil drops even more.

"We have to reach across class lines and see what we have in common and see how we can work together to find a solution where everyone will win."

She suggested that renewable energy developments offer much greater economic spinoffs than what she calls a fossil fuel industry on its way out.

Fonda is the latest in a long string of prominent people who have visited the oilsands, including musician Neil Young, Hollywood director James Cameron, actor Leonardo DiCaprio and Archbishop Desmond Tutu. Each visit, including Fonda's, has been accompanied by a backlash on social media and political criticism.

It's still worth it, Fonda said.

"As a celebrity, there's always the contradictions — I flew here on an airplane — but our lives are rife with contradiction. Does my coming and speaking out outweigh the use of carbon to get me here? I feel that it does. We have to spread the message."

Fonda said the aboriginal pipeline protest at Standing Rock, N.D., had been almost completely ignored by mainstream media until she visited and did an interview.

"That interview went all over the country. That wouldn't have happened if I wasn't there."

Allan Adam, chief of the Athabasca Chipewyan First Nation downstream from the oilsands, joined Fonda on a helicopter tour of the area.

He said he is grateful for her support. His band can't get anybody's attention on issues such as environmental recommendations made for projects that include Shell's Jackpine mine expansion, he said.

"(We haven't) gotten anywhere over the last two years with this Alberta government or any movement within industry. If high-profile people want to come around and come and talk to me, my people say that'll be OK."

Alberta government spokespeople said Fonda's office had made no attempt to contact them, although the province has offered information on its new climate plan. Nor had Fonda reached out to the Canadian Association of Petroleum Producers, said spokeswoman Chelsie Klassen.

Klassen pointed out that Alberta's industry has spend hundreds of millions of dollars on environmental research and is required to consult with First Nations. Alberta has had some form of carbon tax for nearly a decade, she added.

It really does not matter

It really does not matter that the oil industry has spent millions of dollars on environmental impact as per "Klassen", the point is that the fossil fuel extraction is killing the planet . The only way is to wean ourselves off of fossil fuel.

Ms. Fonda is correct - nothing happens until these issues hit the news, and celebrities can help a lot with getting the message out. We need the same kind of publicity around the growing evidence of environmental devastation due to fracking.

At least she understands that

At least she understands that her flight to the oil sands in itself is pollution. So many people that I know are off on holidays all over the world, adding pollution as they go and they can't seem to get it through their thick heads as to what they are doing -- killing off our grandchildren and great grandchildren.
I applaud Fonda and her efforts to stop the endless pollution caused by oil extraction. If oil was not so abundantly available, and its end use was not so significantly dirty to our environment, Fonda wouldn't have to make trips like that.

If the chief of the Athabasca

If the chief of the Athabasca Chipewyan First Nation band "can't get anyone's attention", why would the Alberta government and CAPP think Jane Fonda would indulge them by listening to their doublespeak, rhetoric and lies?
Everyone gets enough of that already.