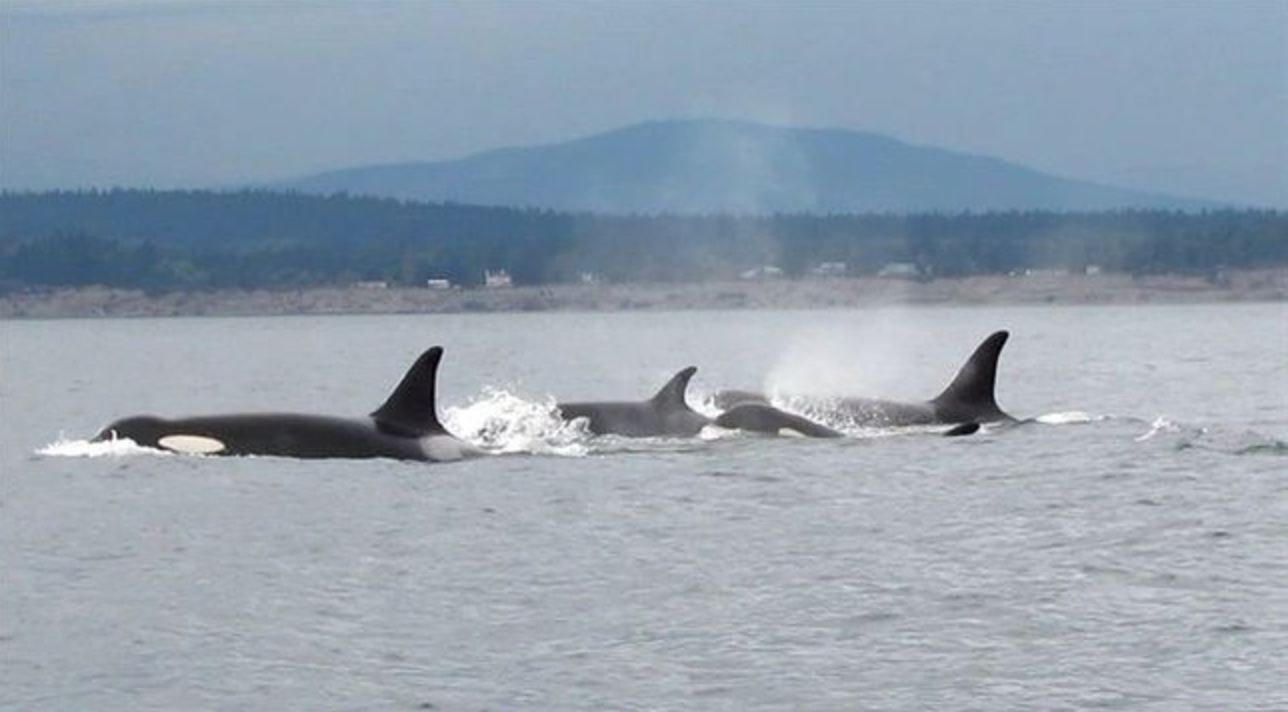 To marine conservationists across North America, the approval of a controversial pipeline proposal that includes heavy oil shipping along the West Coast sounds like the death knell for a population of endangered killer whales living in British Columbia waters.

Several prominent, international conservation organizations raised the alarm after the government of B.C. Premier Christy Clark issued an environmental assessment certificate for the hotly-contested Kinder Morgan Trans Mountain expansion on Tuesday afternoon. The project has already been green lighted by the federal government, which attached 157 technical, financial, and environmental conditions to the proposal last November.

“We are significantly concerned about this project and its impact on the Southern Resident killer whales,” said Kristen Monsell, a staff attorney with the Center for Biological Diversity in Oakland, Calif. “They are already teetering on the brink of extinction and the last thing they need is hundreds of loud oil tankers carrying millions of gallons of dirty oil through their habitat.”

Concerns for the safety of the remaining 78 Southern Resident killer whales off the B.C. coast not only include the spectre of disastrous diluted bitumen oil spills, but increased noise from an anticipated 600 per cent jump in tanker traffic used to export the oil from Alberta’s oilsands to Asian markets as well.

Misty MacDuffee, a biologist and wild salmon program director with the Raincoast Conservation Foundation in Sidney, B.C., said whales use echolocation to hunt their prey. This enables them to pinpoint where salmon are in the water as well as the size of their prey. They also communicate with other pod members while hunting.

The noise from ships can mask the frequencies the whales use for echolocation, decreasing their odds of catching anything.

MacDuffee said Kinder Morgan, a Texas-based oil giant, could execute its Trans Mountain project completely according to plan with no oil spills and no ship strikes to whales, and even so, the risk of extinction to the Southern Resident population still increases by almost 25 per cent.

“So regardless of the oil spill risks, noise alone really jeopardizes this population. And you look cumulatively, say, at one ship strike every five or 10 years and that risk of oil spill, it’s almost a certainty that this population will be extinct in 100 years,” she added.

A disastrous record of oil spills

The Trans Mountain pipeline expansion is a proposal to add roughly 980 kilometres of brand new pipeline to an existing system, tripling its carrying capacity from 300,000 barrels per day of crude oil and refined petroleum to 890,000 barrels per day. The current pipeline runs from the oilsands in Alberta to refineries and marketing terminals in Vancouver and Washington.

Trans Mountain did not respond to a National Observer request for an interview in time for publication of this story. However, in a statement, the company boasted that “for more than 60 years, the (original) 1,150-km Trans Mountain pipeline system has been safely and efficiently providing the only West Coast access for Canadian oil products.”

The statement fails to mention that in July 2007, the company's existing Trans Mountain pipeline ruptured, sending black sludge 40 feet in the air for at least 25 minutes, while Kinder Morgan mobilized a spill response. The oil covered homes, trees, wildlife and cars, forcing the evacuation of more than 220 Burnaby residents. It dumped nearly 78,000 litres of oil into Vancouver's Burrard Inlet, poisoning 15,000 metres of shoreline.

And in the U.S., the company's record is worse. Kinder Morgan has had at least 184 leaks and other pipeline occurrences caused by corrosion, ruptures and equipment failure since 2006, according to federal data accessed by Monsell of the Center for Biological Diversity. The incidents have resulted in over US$70 million in property damage and more than 27,000 barrels of hazardous materials spilled.

“The company’s track record in the U.S. highlights the real concern for the environment of Canada,” she told National Observer. “There are so many reasons why this pipeline is a bad idea.”

Conservationists fear that the expansion opens the doors to a catastrophic oil spill on par with that of Exxon Valdez. In 1989, that ship grounded at Bligh Reef off the coast of Alaska, rupturing eight of its 11 cargo tanks and spewing some 10.8 million gallons of crude oil into Prince William Sound, according to the Alaska Oil Spill Commission’s final report.

During that spill, two pods of orcas were present. One pod lost 14 of its 36 members, while another of 22 members lost nine immediately following the spill. Today, seven whales are left and they’re not expected to last much longer as the two remaining females are past the age of reproduction.

Monsell said, “We just can’t let what the Exxon Valdez spill did to killer whales in Alaska to happen to Southern Residents too. In our opinion there’s no way to mitigate the inherent harm of this project. Transporting oil via tanker is inherently dangerous and the only way to truly mitigate against harm is to prohibit it entirely.”

Scott West, executive director with the Orca Relief Citizen’s Alliance, a non-profit in Puget Sound, Wash., opined that it’s impossible to safeguard against every contingency that would result in an oil spill.

“We have a great deal of concern about this increased oil traffic.”

Another problem with the increase in traffic is the potential for ships striking and killing the whales. In late December, an approximately 18-year-old Southern Resident killer whale was found dead near Sechelt, B.C. after suffering blunt trauma on the dorsal side.

West called it a tragedy, noting that the whale was in its prime for breeding. He said while the official necropsy results haven’t been released yet, he understood that an interaction with another whale had been ruled out, leaving “only a vessel strike or a small boat strike as what killed him.”

Even the National Energy Board, Canada's embattled federal pipeline regulator, agreed that shipping from the Trans Mountain expansion posed a serious threat to whales in the form of collisions, noise, and risk of oil spills.

In contrast, within those provincial documents, the Joint Federal/Provincial Consultation and Accommodation Report for the Trans Mountain Expansion Project also says that “the Crown is of the view that the risk to Southern Resident Killer Whale and stellar sea lions from Project-related vessel collisions may be extremely low to negligible.”

Eugene Kung, a staff attorney with the West Coast Environmental Law Association, said the province has approved the project with a “toothless” set of environmental and financial conditions that do little for marine ecosystems, which aren't technically in its jurisdiction.

MacDuffee of the Raincoast Conservation Foundation noted that everyone knows the whale population is in peril, but pointed out that the reverse is true as well: That if the project wasn’t allowed to go ahead, and the government addressed noise and food supply problems, potential exists for the animals’ recovery.

“Everything is in our hands when it comes to this population.”

Construction on the Trans Mountain expansion could begin as early as September 2017.

Even without the expansion,

Even without the expansion, the existing pipeline is over SIXTY YEARS OLD. It is ripe for problems. Increasing the size and carrying capacity of the line only increases the pressure on the geriatric parts of the line. It is an ecological disaster-in-waiting. The NEB isn't capable, or even willing, to properly monitor or inspect the thousands of km of pipelines already built, and the explosive revelations by the NO show that even when problems are found or disasters occur, the NEB actively assists corporations in altering reports, hiding facts and worse. The public has seen that they cannot be trusted and are realizing that the NEB reflects the whole government. There is nobody looking out for cetaceans, waterways, or wild salmon at the federal level and that has to change. Nature is not a commodity and the greed that categorizes everything in nature as a "natural resource" with a price tag and someone wanting to destroy it for their own gain isn't just repulsive, it is destroying the planet. Every species has the right to healthy habitats and undisturbed existence. Humans need to get that and behave accordingly, before they destroy everyone else on the planet with their greed.