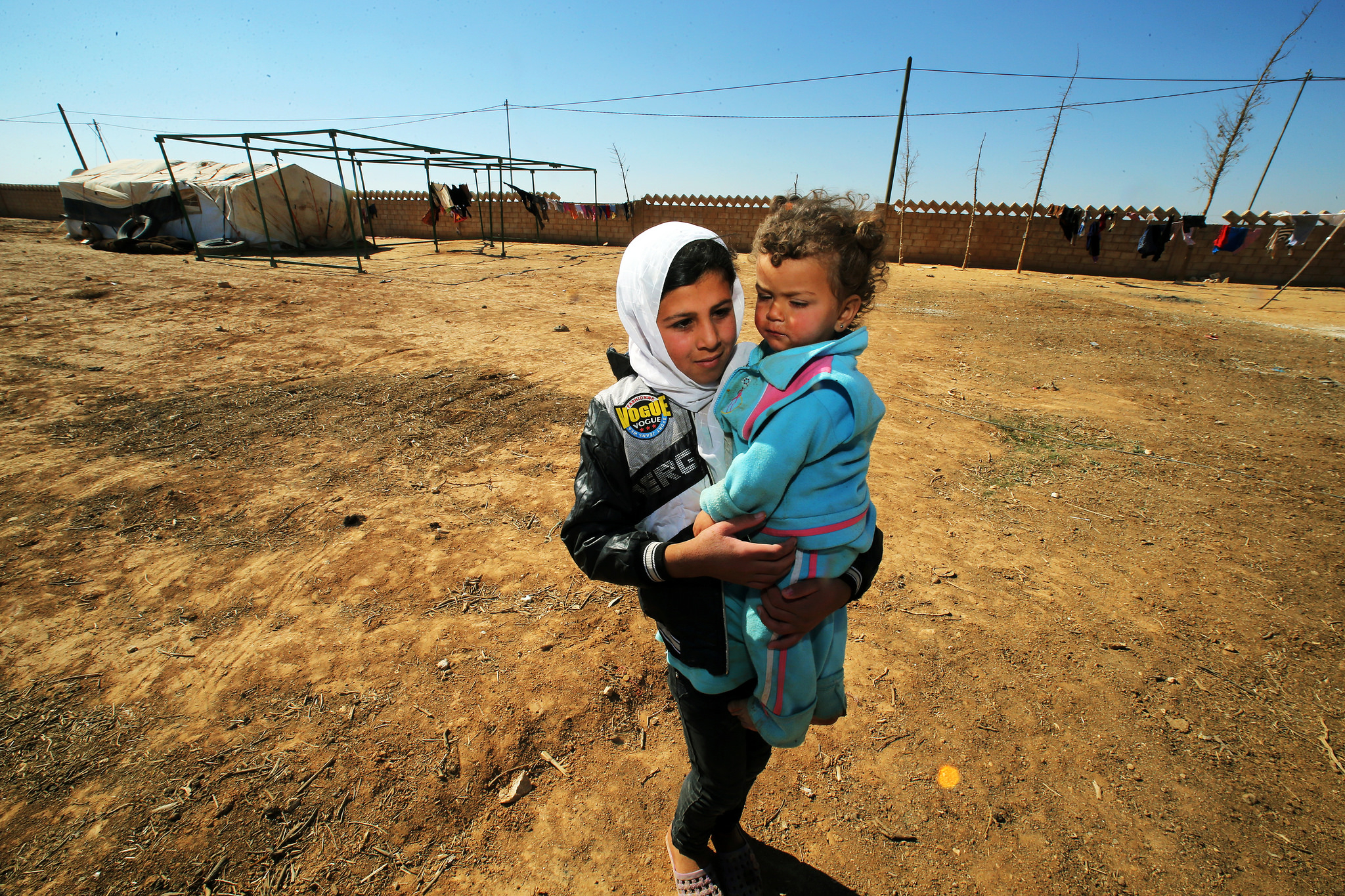 Picture this: a Syrian family walks for days from their war-torn country and arrives across the border in Jordan.

They're exhausted and need medical help, as one of the children is running a fever. The mother is pregnant and needs medical attention. But where can the family find a health clinic? Will they be accepted for treatment? What kind of ID will they have to show and how many hours will they have before the clinic closes?

Amid the largest refugee crisis since the Second World War, with 65 million (or one in 113 people in the world) forcibly displaced from their homes, a Vancouver-based tech firm and a humanitarian nonprofit organization are helping connect refugees to the services they need through an app that provides comprehensive information with the click of a button.

The app, called "Services Advisor," is being used not only by refugees, but also by humanitarian groups that want to refer people to other organizations that can help. 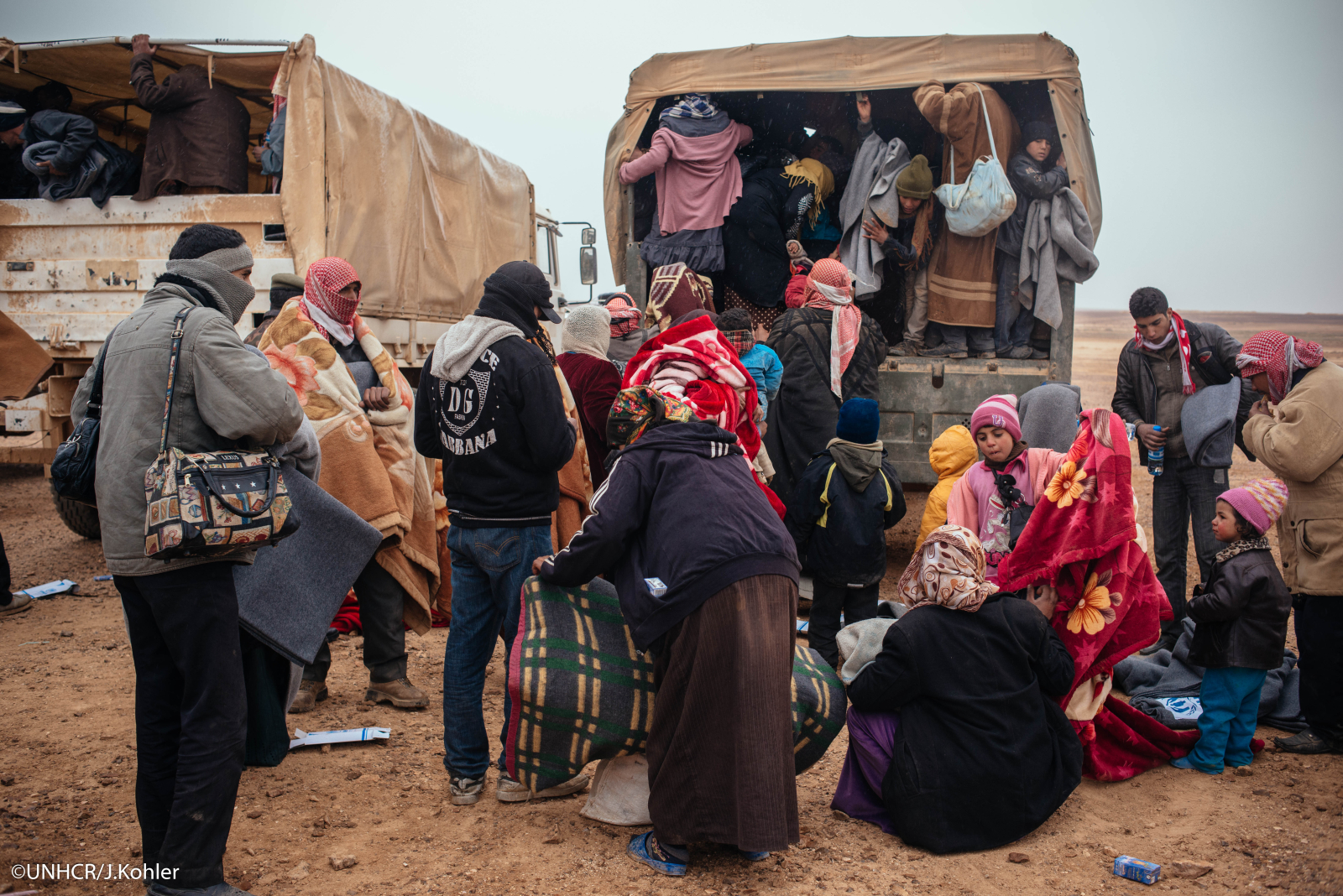 The tool helps cut frustration and time for both refugees and humanitarian workers, and since many refugees own cell phones (over 80 per cent of Syrian refugee youth have a smartphone, according to Penn State University research), Services Advisor is a digital solution many of them can access.

Some civilians fleeing Syria or Iraq have no choice but to leave with very few items; carrying a suitcase is a clear sign to soldiers that they're planning to make a break for it. What refugees do tend to bring are smartphones, both for navigation and to keep in touch with family.

According to a Quartz report from 2015, smartphones are "the most crucial item" that migrants and refugees carry with them. One Syrian refugee who safely reached Greece in August that year even told Agence France Presse that cell phones are "more important than food."

Affinity Bridge, a Vancouver-based web development company working for progressive social and environmental causes, has been working for the last two years with humanitarian nonprofit PeaceGeeks to create the app.

The app and its expansion was made possible through more than $150,000 in cash donations and gifts-in-kind from Affinity Bridge and PeaceGeeks, along with US$11,000 from the United Nations High Commissioner on Refugees (UNHCR) in Jordan, and US$23,000 from the UNHCR in Turkey. The Canada Fund for Local Initiatives also pitched in $20,000 for its deployment in Somalia, said PeaceGeeks co-founder and executive director Renee Black.

A "gift" for refugees

Refugees can the Services Advisor app to explore the categories of services needed in English or Arabic. If a displaced individual needs clean water, for example, he or she can click on the "water" category for a list of organizations offering clean water.

It prevents aid workers from scrambling for places refer refugees in need of specialized help, and thanks to work by Humanitarian OpenStreetMap volunteers, who map out roads and buildings in the world's poorest regions, it also shows service locations on maps in places that can't be found using Google.

Developers eventually aim to make Services Advisor accessible in non-wifi zones, according to Black. That system isn't in place just yet, but designers widely agree that making the app available in remote areas without Internet access is a top priority.

Mack Hardy, CEO of Affinity Bridge and technical director for PeaceGeeks, says the app was originally invented in 2014 over a weekend 'hackathon' — a gathering where programmers collaboratively code for a specific project over a short period of time.

"What we were finding is that we had a lot of Jordanian service providers who had outdated PDFs being emailed around," he told National Observer. "This app gives people real up-to-date instant search results. For example, an organization might say, 'We can't provide mental health services, but I can refer you to this other place.'"

Existing apps, such as Hospital Finder, show the locations of hospitals worldwide, but Services Advisor is unique in that it addresses not only urgent needs like food and water, but future needs as well: it includes places for people to find jobs and enroll children in school.

Mohammed Al Saleh, a Vancouver-based Syrian refugee, said Services Advisor is a "gift" for millions of displaced refugees who may not be able to access essential services because of factors such as language barriers.

After Jordan, expansion for Somalia and Turkey

After its launch for refugees in Jordan in 2015, Services Advisor plans to expand to Somalia and Turkey, where the need for the service is also high.

Somalia faces a new influx of people, as neighbouring Kenya announced last year it was closing its Dabaab refugee camp, which contains some 260,000 Somali refugees. Today, some of those Somali refugees are returning to their homeland, despite Somalia's current struggle with more than a million internally-displaced civilians, forced from their homes due to civil war.

Turkey, meanwhile, hosts more than three million registered refugees, including two million from Syria alone. The others hail predominantly from Iraq, Afghanistan, Iran, and Somalia. While training for humanitarian workers to use the Services Advisor app is underway in Somalia, it's a more complicated task to implement it in Turkey, where the app has to be in five different languages: Turkish, Kurdish, English, Arabic and Farsi.

Hardy said in Jordan, the Services Advisor app also includes information such as phone numbers, emails, and names of people at agencies who can be contacted in case refugees have questions. Black said the project is effective — provided that the information is kept current by workers on the ground.

"In order for this tool to work it has to be up to date, it has to have the most current data," he said. "The way this happens is that service providers will enter the data themselves, and keep it up to date."

The UNHCR is currently working to ensure that organizations are filling out information on clean water, health, schools, jobs, medical clinics and other topics that are useful for the app. Hardy added that "accurate, vetted data" is vital to the app's success.

"It's one thing to have a map with a map of every hospital on it," he told National Observer. "But to provide hours and information about what programs are available, when and who can access them, that's a whole other level of vetting and that's what we want. We want to get people to that point, where they can get really good information from this, all the way through."

The UNHCR did not respond to requests for comment on this story in time for publication.