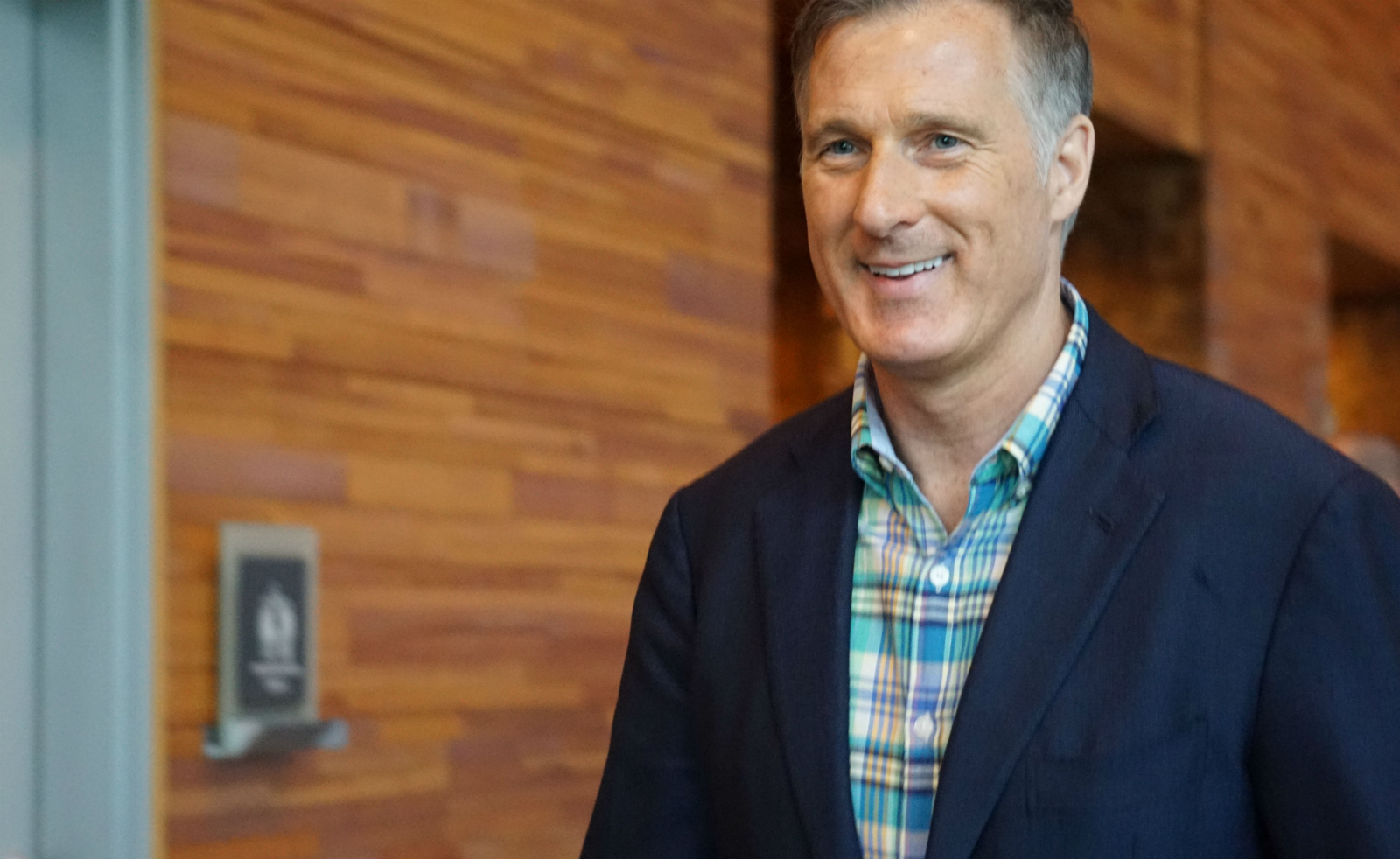 Tory leadership candidate Maxime Bernier has raked in the most donor cash so far in the race to replace Stephen Harper as head of the Conservatives. File photo by Elizabeth McSheffrey
Previous story

When it comes to fundraising in the Conservative leadership race, there’s Maxime Bernier and then there is everybody else.

The latest quarterly financial reports released today by Elections Canada show the Quebec MP raised more than $586,000 during the final three months of 2016, with Kellie Leitch, the next closest candidate, coming in at more than $355,000.

The numbers from the election watchdog show that about two−fifths of Andrew Saxton’s donations came from donors giving more than $1,000 each — himself included. Brad Trost, on the other hand, raised one−quarter of his funds from donations of $100 or less.

The candidates registered with Elections Canada raised a combined total of almost $2.78 million from 11,540 different donors during the last three months of 2016, pushing the overall amount raised last year for the leadership race to almost $3.9 million.

The numbers further cement Bernier and Leitch as the top financial draws in the campaign, with Bernier’s year−end total tipping over the $1 million mark thanks to his final quarter and Leitch sitting second at about $805,000 raised during 2016. Michael Chong is third at $442,702 raised in 2016, with Scheer coming up behind him after a single quarter as a candidate.

The fundraising figures could shift in the final few months before the leadership vote with businessman Kevin O’Leary entering the race in January. O’Leary’s fundraising numbers will be released in the next round of data from Elections Canada.

Canadaland, which searched the database via donor name, compiled a list of candidate contributions from Postmedia CEO Paul Godfrey, who appears to have given equal amounts to Leitch, Bernier, Chong, Scheer and Trost. He gave an additional $950 to the federal Conservative party, Elections Canada records show, which brings Godfrey's total contributions to just under the annual legal limit of $1,550.

The Conservative Party's quarterly financials are out today, so now we can see how much Postmedia's CEO gave to leadership candidates: pic.twitter.com/OVgVu1fpip

I don't want to be too

I don't want to be too sweeping in the generalization, but it appears that the amount of money each candidate brought in seems to cement their approximate position in the world of capitalistic ideology. I use the word "approximate" because I see Chong is running about third, which is contrary to my view of his philosophy. But perhaps I'm wrong about him. Another way of throwing mud into my generalization stream is using Paul Godfrey's technique of giving a lot to the party and then covering his bets on the leader by giving the same minor amount to 5 of the candidates he thinks may become leader. If he's right he's at least stroked one of them them favorably; if he's wrong he's only lost $500. But what else can you expect from a guy who's owned by the CPC.