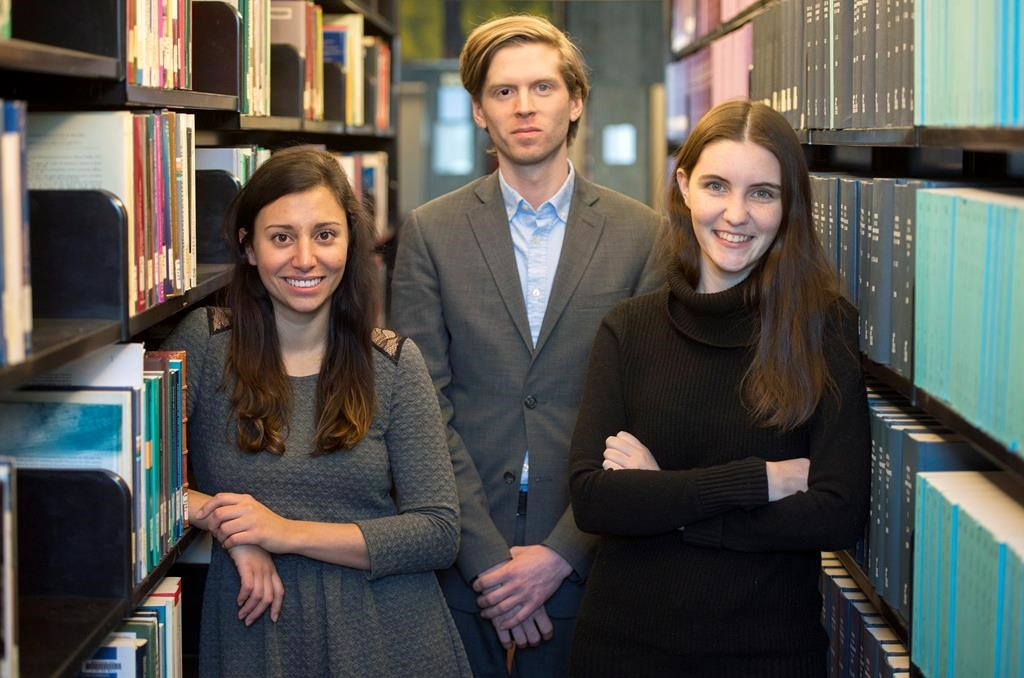 Between 300 and 500 students from all 22 of Canada's law schools have signed up for four-hour shifts where they'll conduct legal research relating to the recent travel bans in the United States and their impact in Canada, organizers say.

The largest group is likely to be in Montreal, where between 100 and 200 students from McGill, l'Université à Montréal and the University of Moncton are hosting a joint event.

Dubbed a "research-a-thon," it will focus on gathering information for the Canadian Council for Refugees to help support a potential legal challenge to the Canada-U.S. Safe Third Country Agreement.

It will also serve as a fundraiser for the refugee council.

Montreal law student Rachelle Bastarache said she orginally floated the idea of a study group for her fellow McGill students who wanted to help those affected by Trump's immigration policies.

But when 50 students signed on in the first two hours, she figured the idea could be worth expanding.

"I was laying in bed at night thinking, 'if we can get 50 people at McGill, how many could we get all across Canada?'" she said in an interview.

The Safe Third Country Agreement is based on the premise that Canada and the United States are generally safe countries for refugees and therefore asylum seekers must claim status in whichever of the two they reach first.

In general, it means Canada won't accept refugees who have already entered through the United States, according to Janet Dench of the Canadian Council for Refugees.

Dench said the new U.S. executive orders have brought about legal confusion that could lead to refugees being sent back to their home countries to face persecution.

"The U.S in our view was never completely safe, and in our view now it is even less safe," she said.

The Canadian law students will make sure the organization is up to speed on anything that has changed since the last unsuccessful attempt to overturn the agreement ended in 2009, as well as help make sense of the changes ushered in with the Trump presidency.

"There are a lot of questions we need to have researched, so we're very excited about this mass mobilization right across Canada and we're eager to see what they'll be able to do," Dench said.

In addition to the research event, Bastarache said students from McGill's legal information clinic have been going to Montreal's airport to offer advice to anyone affected by Trump's temporary entry ban on citizens from seven predominantly Muslim nations.

For Saturday's event, the students have also set up a Canada Helps fundraising page to benefit the refugee organization.

In addition to research and fundraising, Bastarache hopes the symbolism of the event will encourage the Canadian government to review the Safe Third Country Agreement.

"The united front of law students across the country banding together should send a message that we're not going to stand for legislation like this," she said.