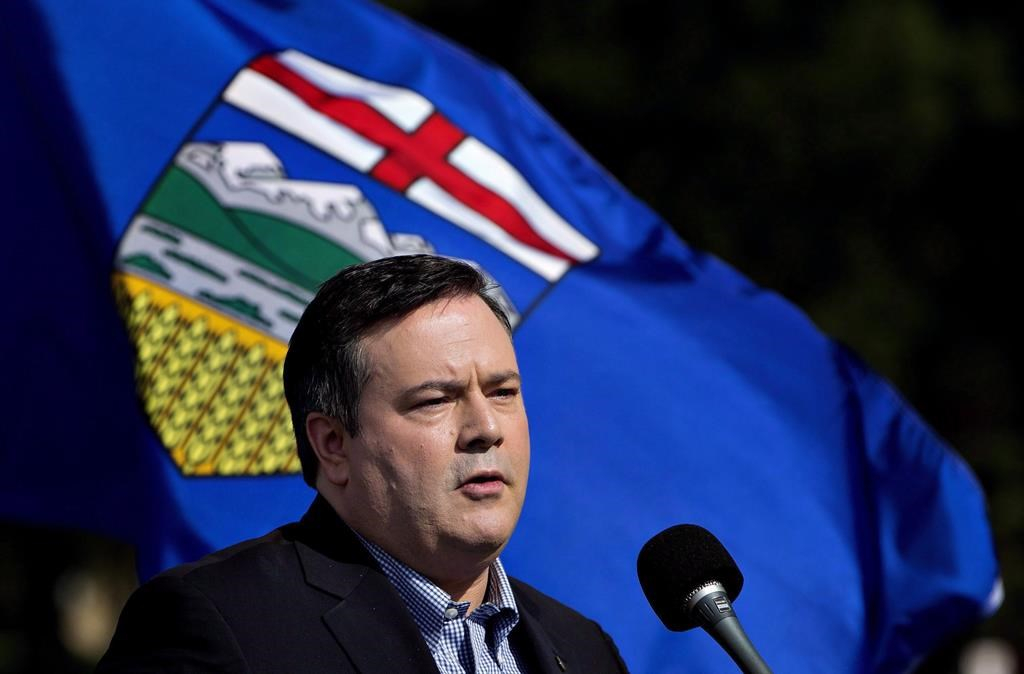 A Progressive Conservative party member seeking to have leadership candidate Jason Kenney turfed from the race says he is actively undermining the party to make it a more palatable takeover target.

Jeffrey Rath says Kenney is violating the party's constitution and the leadership contest's code of ethics, which forbids candidates from doing anything that harms or brings into disrepute the party or its brand.

Kenney appears to be planning to either destroy the party and create a one in its place or leave the party in such a state that the right can unite under the Opposition Wildrose party, Rath said.

"In one way or another, (Kenney) is going to leave nothing but devastation in his wake," Rath said in an interview Friday.

Rath has filed a formal complaint with the Tories.

Rath is volunteering for one of Kenney's leadership rivals, legislature member Richard Starke, but said he filed the complaint on his own without any discussion with or encouragement from Starke.

Janice Harrington, speaking for the party, said the issue will be discussed in a conference call Sunday by the leadership election committee.

Kenney called it an "outrageous" politically motivated move by an opponent trailing in the race.

"This is a direct attack on democracy," said Kenney in an interview.

"Eighty per cent of grassroots PCs have already voted in the leadership election. And it seems like those who can't win the support of the members are instead seeking to invalidate the whole election.

"I hope and expect the board will give this ridiculous complaint short shrift."

Starke, along with candidate Byron Nelson, is running to rejuvenate the PCs as a stand-alone party to take on Premier Rachel Notley's NDP in the next election. Starke has said he would entertain a joint working relationship with the Wildrose, but has not said what that would look like.

Kenney has promised that, should he win the delegate vote on March 18, he will seek to dissolve the party and join it with the Wildrose to form a conservative coalition he believes is critical to avoid vote splitting.

Provincial rules forbid parties from merging. They must first disband and surrender their finances.

Rath said a merger is already a dubious proposition when it comes to the rule forbidding a prospective leader from doing harm, but Kenney has crossed the line to deliberately undermine the party he wants to lead.

In a brief to the party, Rath points to comments Kenney made this week at a leadership debate in Calgary. He alleged the PCs were deep in the hole financially.

Answering a question about how dissolved parties would not be allowed to keep their assets, Kenney replied: "Zero dollars is a lot more than minus $750,000."

Party executive director Troy Wason said Friday the party took out a $1-million loan before the 2015 election, and still owes $750,000 on it, but has $1.5 million in the bank.

Kenney stood by his comments, saying Wason was improperly factoring in money from constituency associations.

Rath also said Kenney, in published quotes this week, disparaged party members who voted for former leader Alison Redford in the party's 2012 majority election win as "a lot of socialists and liberals."

With that comment, Rath said in his brief, "Jason Kenney has demonstrated profound contempt and complete disrespect for voters that the (party) could call upon in the future to achieve the goal of defeating the NDP."

He said it also violates the party's constitutional provision that it welcomes views of all who support "the principles of progressive conservatism."

Kenney said he's made it clear all along he wants to create a party that represents a broad spectrum of values with a focus on economic growth and grassroots democracy.

Ideology has been a flashpoint of angry debate and division in the leadership contest. Three candidates — Sandra Jansen, Donna Kennedy-Glans and Stephen Khan — dropped out, citing the party's shift towards social conservatism more associated with the Wildrose party.