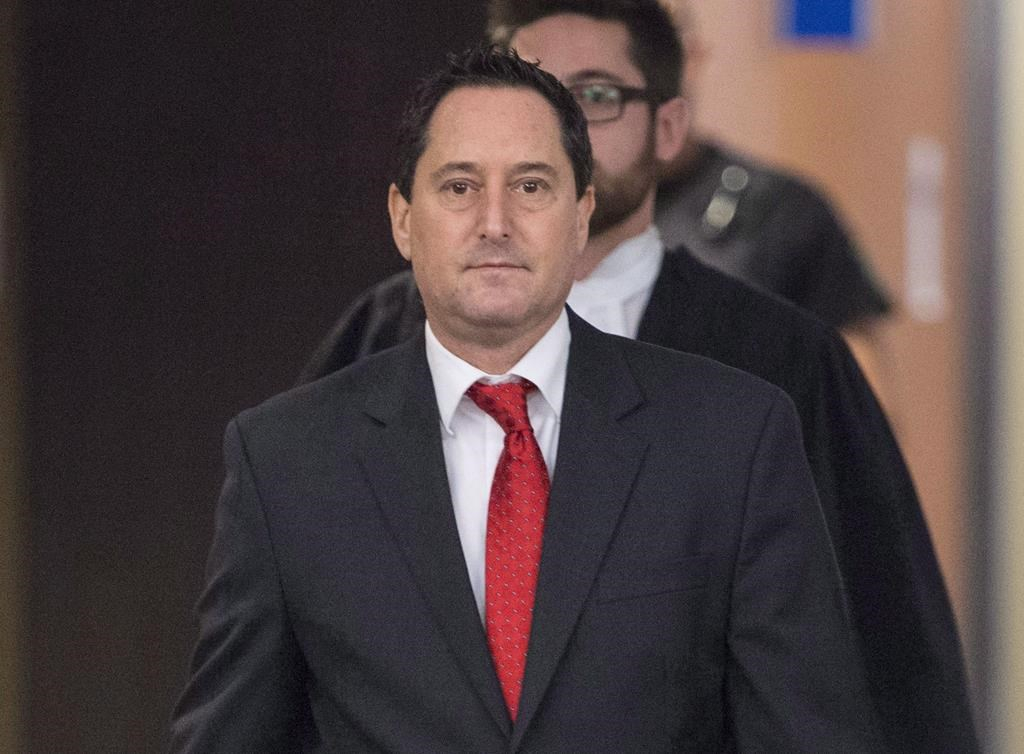 The Crown is seeking prison time for ex-Montreal mayor Michael ​Applebaum, who was found guilty in January 2017 on several corruption-related charges. Photo by The Canadian Press
Previous story
Next story

Prosecutor Nathalie Kleber says Applebaum should get a two-year sentence to be followed by two years' probation.

The defence will make its submissions this afternoon.

Applebaum, 54, is facing a maximum of five years in jail after a judge convicted him on eight of 14 charges.

During the sentencing arguments, Applebaum's 23-year-old son testified his father has endured tremendous hardship after living under the cloud of criminal charges for more than three years.

Dylan Applebaum says the entire family has been affected by the situation.

"The last couple of weeks, its been even more sad around the house, less joking, less laughter everywhere," he said. "It was not what we ever imagined for our family or the way we would be living."

A judge convicted Applebaum in late January of various charges including fraud against the government, breach of trust and conspiracy.

He was acquitted on two charges, while four others were conditionally stayed because of the guilty verdicts on the more serious charges.

The charges stemmed from two separate deals between 2007 and 2010 when he was mayor of Montreal's largest borough.

The maximum sentence for those crimes is five years behind bars. There is no minimum sentence.

The younger Applebaum said he worries about his father's health and that he seems defeated and sad, no longer the man who always appeared ready to accomplish great things.

"You can see that it has affected him, mentally and physically," he said in sometimes tearful testimony.

He said his entire family relies on his father, and defence lawyer Pierre Teasdale stopped him as he began to implore the judge to consider house arrest.

As during his trial, Applebaum did not take the stand himself Wednesday.

The family rabbi also expressed concern about Applebaum's health, sending a letter to the court pleading for leniency and telling the judge that Applebaum had considered ending his life.

"There were times over the past three years that he stood at the precipice; assured that suicide, the very permanent solution to a temporary problem, was the answer," wrote Rabbi Alan W. Bright.

"These were very dark times for his family, and I can assure you your Honor that it was not easy to pull him back from that point."

The younger Applebaum also said his father isn't able to work in real estate due to the notoriety of his case.

Salvatore Sansalone, a longtime friend who employed Applebaum as a realtor, testified that Applebaum had managed just one sale in the past three years and earned only $12,050.

Applebaum's real-estate licence was suspended in early February after the verdict was rendered.

In his letter to the court, Bright said Applebaum knows his public service record "is now for naught," including his stint as mayor in 2012-2013, and that he will more likely be remembered for his arrest on live TV.

"His public service to which so much of his life has been devoted is lost forever," Bright wrote. "The trust that so many bestowed upon him is impossible to recreate."