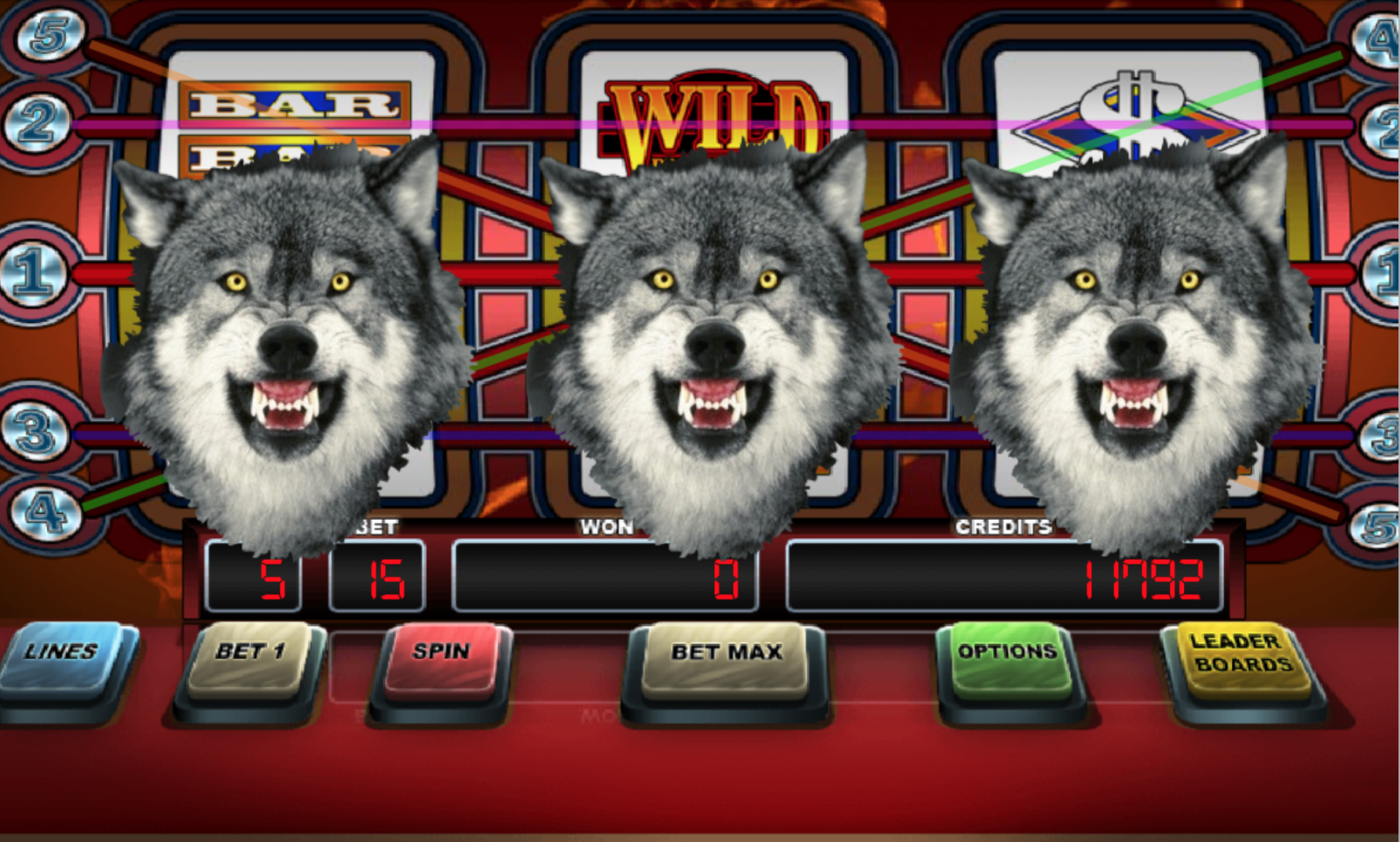 To many, BC Lottery Corporation is a predator. Graphic by National Observer
Previous story
Next story

Irene was on the line to CBC’s B.C. Almanac, calling in from Kamloops on Wednesday to talk to BC Lottery Corporation's Susan Dolinski and me. Her brother was a secret gambling addict, and she had some data she wanted to share.

Her brother’s addiction had cost him two wives, a house, his job, and had left him with lifelong debt. He was depressed and hopeless, and his family couldn’t help him anymore.

They’d already given him whatever they could, more than $10,000, and didn’t know if anyone else had lost their own money supporting his habit, too. It was too shameful a secret to talk about.

The stories just kept coming to Wednesday’s call-in show. In all these years I’ve heard hundreds, maybe thousands of them. People pouring out their hearts about what gambling addiction had done to their families.

The suicides and bankruptcies. The staggering financial devastation that radiates outward to ruin family and friends; the aching loneliness, the shame, guilt and despair.

Addiction shrouded in a bodyguard of lies

All shrouded in a bodyguard of lies, because this addiction is always secret. Our only portal is the anonymous radio call-in show.

To these callers, and scores more like them, the BC Lottery Corporation (BCLC) is a predator, a slavering wolf at their door. If there’s a game in this, it’s the Hunger Game.

(If you or a loved one are struggling with gambling, please visit the BC Responsible and Problem Gambling website for help.)

If some people learned everything they needed to know in life in kindergarten, I learned it putting myself through university slinging beer in a tough Alberta bar.

I loved that job. Every night I sold as much beer as I could as fast as I could. And the more and faster I sold, the more tips I made. And the later the hour and drunker everyone got, the better the tips. All the way up to last call.

Then I’d cash out and drive home on roads full of drunks. At first I was too young to notice the connection. Later I did, but I needed the money, so I looked the other way.

We, all of us, are doing that now.

This week BCLC showcased GameSense, its responsible gambling initiative with a big media blitz at its New Horizons conference. GameSense is a very light touch responsible gambling measure aimed at informing players of risks, encouraging them to recognize signs of problem gambling, and to seek help if they need it. GameSense workers are on-site in casinos as points of contact for information and to help provide referrals to counselling.

The GameSense website sports bromides like, "Play for fun, not to make money" and "Set a budget and stick to it." Reminds me of dieting tips.

Importantly, the site does link directly to the free counseling services offered above.

All well-intended enough and headed in the right direction, yet it oozes timidity and looks about as effective as day-old dishwater.

There remains a jarring disconnect between BCLC’s distinct “issues management” tone and the all-consuming trauma of gambling addiction in B.C. households.

For starters, despite the fact that they just hosted an entire conference devoted to the subject, BCLC can’t even spit out the word 'addiction.'

Or a problem paying the rent, heat, phone and grocery bill and the goddamn landlord won’t stop pounding on the door because he knows you’re in there because your kids are crying because they’re hungry because last night you lost all the money you “borrowed” from your mother, the last money she had, you needed it to make this torture all go away and you just needed one more chance just one win and then everything would be ok and now, now there will never be a hole deep enough to bury this.

As George Orwell says, euphemisms “fall upon the facts like soft snow, blurring the outline and covering up all the details.”

Euphemisms are the kind of language you serve up when, as Jack Nicholson famously shouted, “You can’t handle the truth!”

Euphemisms are a dead man talking.

Not coincidentally, the truth that lies most obscured beneath the snowy outline of casino debate is the central role addiction plays in the core business model itself.

BCLC tends to deflect this subject by citing figures showing that gambling addicts comprise a relatively small proportion of the general public.

As experts in probability, they know this is a mathematical head-fake. The issue isn’t the number of gambling addicts in the general population, but the number in casinos. We station lifeguards at public pools instead of department stores is because people drown in water, not the shoe department.

And here’s the rub: casinos need addicts as much as addicts need casinos. More, in fact.

According to Lower the Stakes, the report on gambling addiction by Dr. Perry Kendall, BC’s Chief Public Health Officer, problem gamblers account for an estimated 26 per cent of total provincial gambling revenues—more than seven times their incidence in the population (at page 45). That’s across all operations, including relatively benign lotteries.

Yet more recent research suggests the figure could be far higher for casinos.

National Observer has obtained an info-graphic detailing results of a soon-to-be-published study by the University of British Columbia’s Centre for Gambling Research, which examined BCLC’s online player data over a single month in 2015.

During that period, researchers found that over 41,000 users bet over $118 million in both lotteries and the e-Casino. Some 46 per cent of total e-Casino spending came from just a tiny fraction of users, just 619 players.

Based on UBC's numbers, those players bet, on average, some 420 times a day for a full month. What else can you call this than obsessive or addicted gambling?

If these numbers reflect overall gambling patterns, they tell a devastating story. BCLC’s e-Casino depends on addiction, full stop. Without them it would collapse.

We can’t yet know the extent to which these results are replicated in bricks and mortar casinos, but BCLC must. That it chooses not to volunteer this information speaks volumes.

In liquor establishments, it’s now illegal to serve a patron who’s drunk themselves into oblivion. But in a casino, the addict is the best customer, and no one will intervene to stop their play.

If the UBC data applies generally across all casino markets, it tells us that if we found a cure for gambling addiction, our casinos would fold almost overnight. Maybe the GameSense model is timid because BCLC can’t afford to beat addiction.

Meanwhile, as the Lottery Corporation seeks to expand casino operations in Victoria, North Vancouver and Delta, their mission depends on persuading prospective host communities and local governments that they’ve got a handle on addiction.

Fatal and inescapable conflict of interest

Even worse, the Lottery Corporation and even the provincial government have clearly miscalculated the depth and severity of their conflict of interest.

UBC’s data, if it’s verified and replicated across the industry, constitutes a moral crisis.

Before another shovel hits the ground on more casinos, the public needs clear and unambiguous answers from BCLC about the extent of its financial dependence on addiction.

The province’s chief gambling promoter should not frame and guide provincial addiction policy, as has been allowed to happen. BCLC should adapt its business model to public health imperatives, not the other way around.

BCLC has been the big dog of Crown corporations for a decade. Its leadership may be reforming, but its conflicts are as fatal as they are inescapable.

It’s time to halt expansion plans, take the gambling addiction file out of the hands of gambling promoters, and give this problem to experienced public health and finance experts.

We can pay now, or pay later. But we can’t afford to look away today.

SHAMELESS: The hidden private school tax haven for the rich

And of course the government

And of course the government doesn't want to tackle the problem because they "need" the revenue, much the way they can't "afford" measures to alleviate poverty or improve public health. But like public health measures, the cost of doing it right is an illusion, as is the money from doing it wrong. You get revenue from hooking the public on gambling, then you spend it, and then some, on the poor homeless alcoholic wrecks you created in the process, as they end up in emergency or the justice? system or detox or all of the above. It's shortsighted foolishness. The government should not be in the gambling business.
And private gambling is worse--just shoveling people's money into the Swiss bank accounts of rich foreigners; how does that benefit the province in any way?