The Populism Project: could the Conservative establishment be at risk? 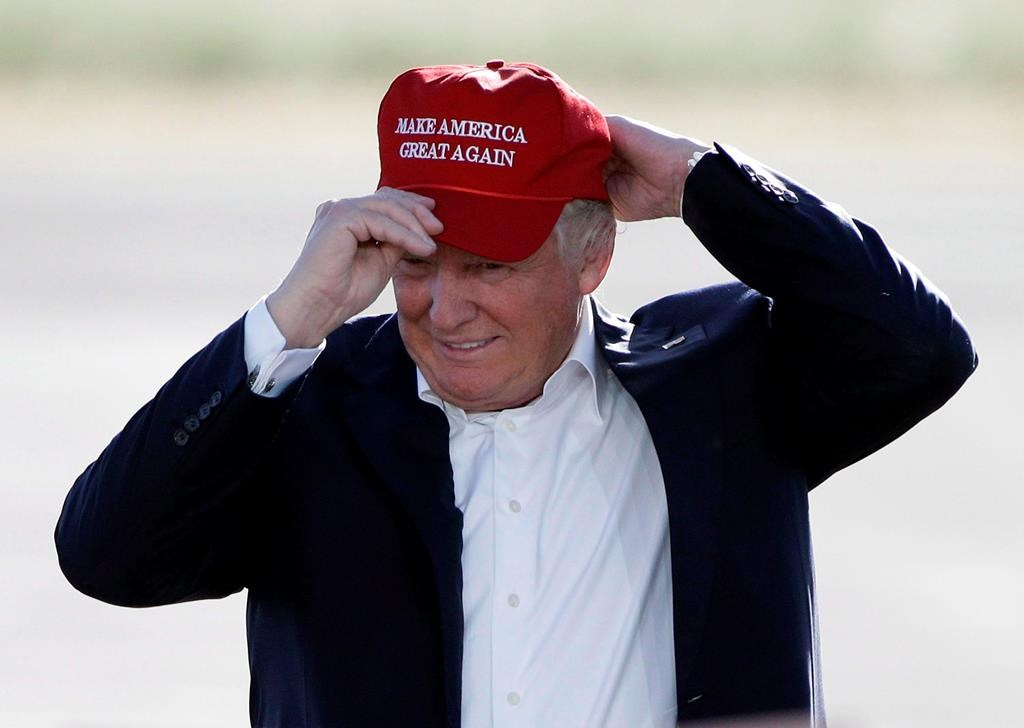 There were "Make America Great Again" hats, there were signs with Donald Trump's name.

There was a panel devoted exclusively to the topic of whether Trumpism could be exported to Canada, and more than one other session made mention of the Trump effect.

It's clear that conservatives at the Manning Centre conference were thinking about the political ramifications of the seismic political shift in the U.S. in recent months.

But does it matter what those particular conservatives think?

In the Populism Project, The Canadian Press is exploring the factors that led to Trump's victory, how it is changing politics in Canada and testing them against the current economic, social and political climate of Canada to see whether the potential exists for the same kind of political upheaval here.

Held in Ottawa every year, the Manning Conference attracts a particular swath of the conservative movement — the self-described policy and politics junkies eager to chew on the issues of the day. Put another way, suggested Toronto politician Doug Ford, not exactly the average voter.

"Common folk don't come to events like this," he told a panel at the conference called "Down with The Elites?"

It's the so-called common folk understood to have propelled Trump to victory, not just in the general presidential election.

What put him in the running for that at all was his complete overthrow of the American Republican establishment to win the U.S. state primaries and get the nomination in the first place.

The Canadian conservative establishment also hasn't been immune to upset.

The Reform movement of the 1980s and 1990s rose up in response to a belief the federal Progressive Conservatives had lost their way.

Then there was Rob Ford's mayoral victory in Toronto, argued his brother.

In that campaign, the conservative establishment supported the provincial liberal running against Rob, Doug told the panel, but Ford triumphed anyway thanks to his connection directly with voters.

No one should be naive enough to think the establishment won't turn again, he said.

"Don't kid yourself, they are all good buddies at the end of the day," he said.

Frustration with the conservative establishment in Alberta is also what led to the splintering of the Progressive Conservative party there, argued Derek Fildebrandt, the finance critic for the Wildrose party that was the result of that splinter.

"The old, left liberal clique drove the PC party into the ditch," he told a panel on Alberta conservatism.

The extent to which the current federal conservative establishment is vulnerable might not be known until after their leadership race is over, said Michele Austin, a Conservative strategist.

Thirteen of the 14 candidates in the race have long-standing ties to the party, she pointed out.

"The question maybe isn't, are we vulnerable? The question is maybe, are the grassroots open to it?" she said.

The 14th candidate could be the man who answers the question — businessman and celebrity Kevin O'Leary.

The fact that attacks against O'Leary drew some of the biggest cheers during the Manning conference's leadership debate speaks to the extent to which he is an outsider in that crowd, said David Valentin, a pollster with Mainstreet Research, running regular surveys of Conservative members on their leadership preferences.

O'Leary is currently running ahead of the pack in those polls, while a straw poll of conference attendees put his support at about 10 per cent.

Leitch says that many Canadians she speaks with share her views, while the elite just dismisses them, a point she reiterated Saturday in releasing more elements of her immigrant platform.

But critics have accused her of deliberating seeking to stoke the kind of fear-based, anti-immigrant sentiment that won Trump and other populist movements in Europe so much success.

Any politician can tell you they receive hundreds of angry and often xenophobic messages, and it is a mistake to ignore them, said former immigration minister Jason Kenney, who is currently running to unite the right in Alberta.

"But we also make a mistake if we exaggerate their influence," he said. "Most of those angry keyboard warriors leave it at that. Many of them don't come out and vote, they don't get involved in the process. Anybody who takes their lead from over-caffeinated angry voices is making a huge mistake."

Many argue Trump's victory in the primaries couldn't be replicated in federal leadership race because of how it works. Primaries are a free-for-all vote that take place over months, allowing candidates to surf momentum. The Tory race requires card-carrying members to be signed up well ahead of voting day and all cast their ballots at once in a ranked system.

If a ranked ballot had been used for Trump, some American research has suggested he would have lost seven of the 11 states he won in a single day, as opposed to what he did do, which was win.

Another big difference, argued Valentin, is that the U.S. establishment discounted Trump.

The same cannot be said of the Tories in Canada. Nearly every other leadership candidate has taken turns beating up on O'Leary in recent days, Valentin said.

O'Leary has said his path to victory is expanding the party's base, not drawing from the existing one.

But the existing base could wield more power than he realizes, Valentin said.

Each of the 338 ridings across the country is given 100 points, no matter how many members they hold.

So, for example, social conservatives who may feel threatened by O'Leary's definition of the Conservative party as one that embraces LGBTQI issues, the legalization of marijuana and defending reproductive rights have room to mount a defence — sign up party members in ridings where there's virtually no others.

"It's easy for some single issue organizations to have outsized power if they can get their hooks into the right areas," Valentin said.

If O'Leary does win, how that might change the entire conservative movement dynamic is a valid question, he said.

"A year from now, will the Manning conference, which laughed and booed and sneered at him, be bowing down and fawning over him like the Republicans now are with Trump?"