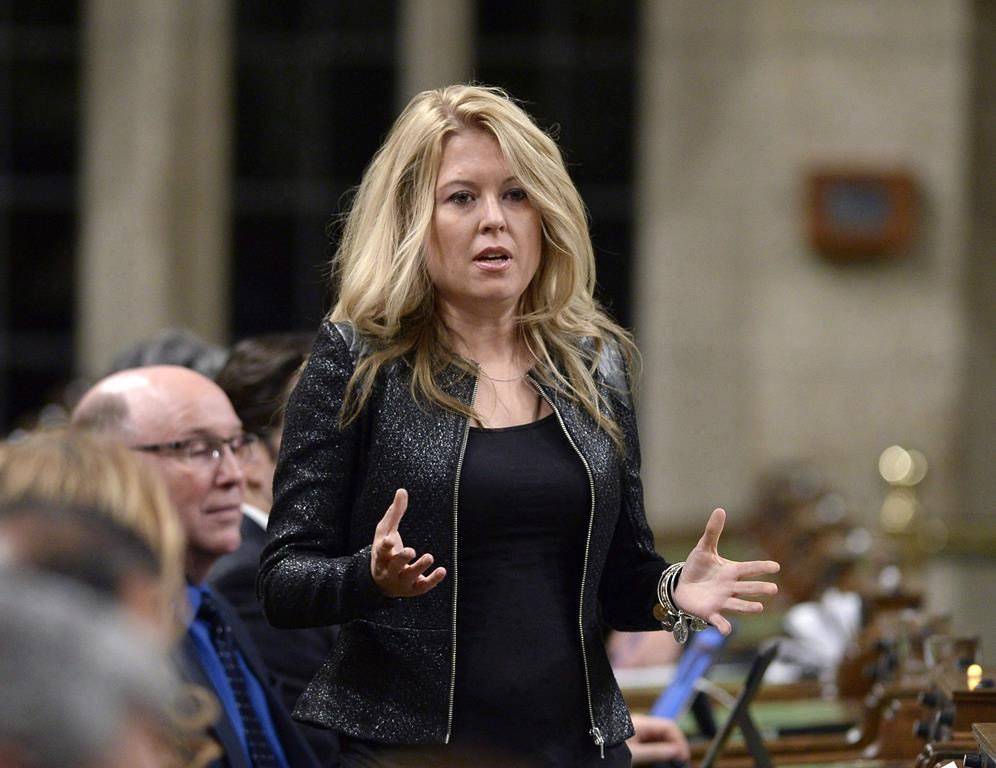 Conservative MP Michelle Rempel tweeted on Feb. 19 that the government should stop people from illegally crossing the Canadian border and seeking asylum. File photo by The Canadian Press
Previous story
Next story

Two Conservative MPs are calling on the federal government to act to stop the flow of people illegally crossing the United States border into Canada.

Michelle Rempel and Tony Clement tweeted on Sunday that illegal crossings are unsafe and place a burden on local law enforcement.

"The government must respond to this situation in a way that keeps Canadians safe, and sends a strong message to those considering an illegal crossing that there are proper channels to do this," Rempel wrote.

4/ The government must respond to this situation in a way that keeps Canadians safe, and sends a strong message to those considering... https://t.co/ekT73V7kYO

5/ an illegal crossing that there are proper channels to do this. @TonyclementCPC https://t.co/MVqj72ciDe

Clement, who is the public safety critic for the Conservatives, tweeted his support for Rempel's comments.

"Illegal crossings are unsafe and a burden on local communities. Our laws should be enforced," he wrote.

Illegal crossings are unsafe and a burden on local communities. Our laws should be enforced. @MichelleRempel

Rempel's message was posted after Manitoba RCMP announced that another 22 people were intercepted crossing the border near Emerson on Saturday night.

Officials have said a growing number of people are choosing to walk across the border into Canada to claim refugee status, including dozens who have been arrested in the Emerson area in recent weeks.

Other provinces including Quebec have also seen a large rise in the number of refugee claimants who enter the province illegally.

The tactic is a way to avoid the Canada-U.S. Safe Third Country Agreement, which prevents most people who have been living in the United States from making a refugee claim at an official border crossing on the premise that they are already somewhere safe.

This has prompted some people to cross elsewhere in order to make their claims from within Canada, where authorities generally grant them a hearing.

"These people are not crossing in the winter in -30 degree weather for fun -- they're doing it because they don't have a choice," he said in a phone interview.

"The Safe Third Country Agreement remains an important tool for Canada and the U.S. to work together on the orderly handling of refugee claims made in our countries," Camielle Edwards said in an email.

Edwards said the government and RCMP were working to address the increase in asylum claims, which remains "well below previous fluctuations."

As for Rempel and Clement's comments, Taillefer suggested the tougher rules implemented under former Conservative prime minister Stephen Harper may have contributed to the current problem by making it more difficult for refugees to enter the country lawfully.

"It's a bit their fault if we're in this situation, because the new refugee claim system that is having problems was put in place by the Conservatives in 2012. Before that, we didn't have these kind of problems," he said.

"Two Tory MPs call upon Ottawa"...what a funny headline. They ARE Ottawa. The Opposition is an official part of our governmental system, they receive greater funds than smaller parties for research staff, their leader gets a free house and stuff. How about some WORK for all that money? Why don't they PROPOSE a solution instead of just calling for one?
Because I'd really like to hear how they plan to cause a bunch of random, unknown people in another country from taking a walk through that country towards our border. Were they asking the government to have psychic powers?