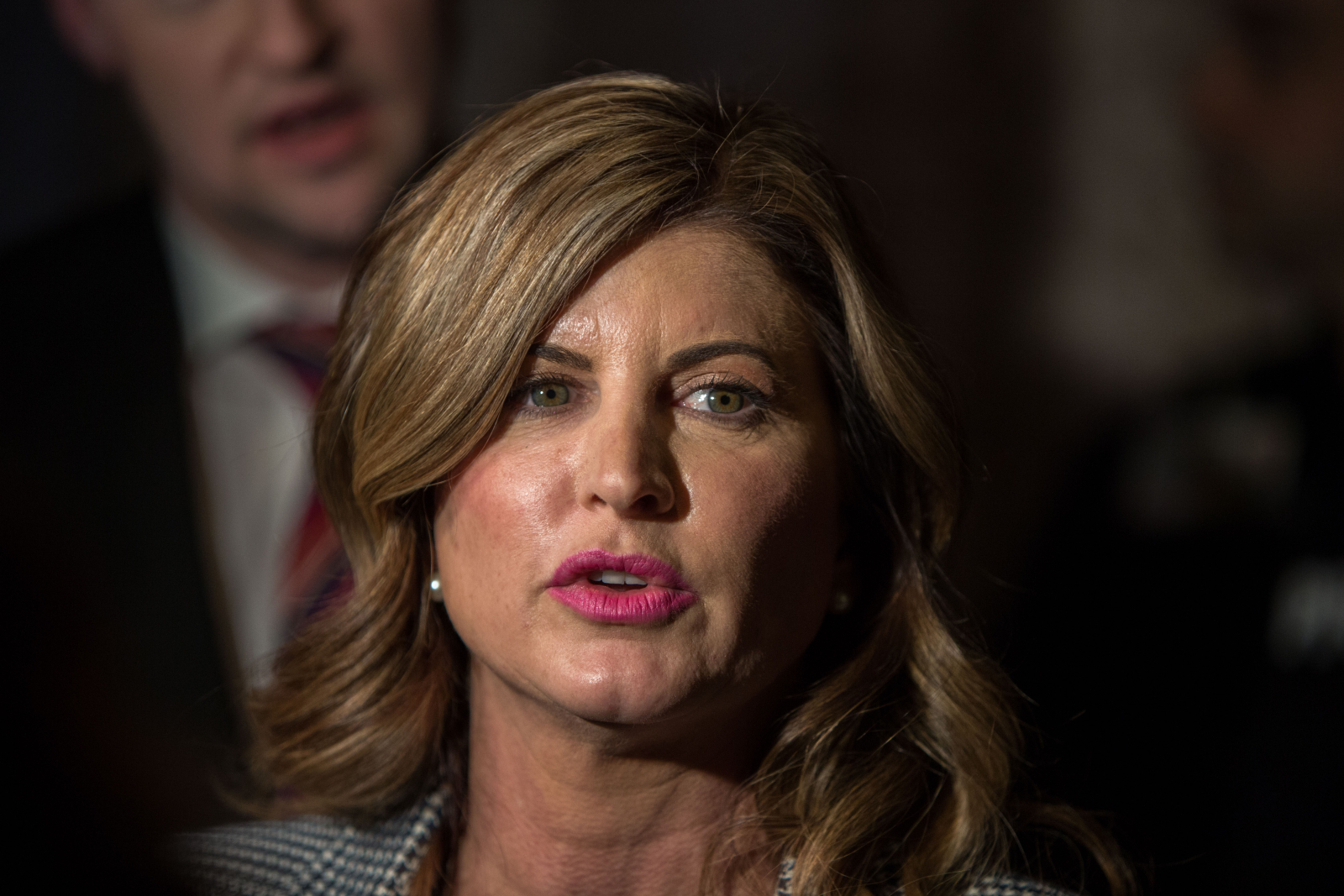 Speaking to media on Parliament Hill, interim party leader Rona Ambrose expressed concern that the Trudeau government's new investment could wind up funding abortions in countries where the practice is illegal, and said funding international abortion services is "divisive."

"We’ve always taken the position that this is very divisive — not just divisive — but illegal in a lot of the countries that we give aid to," she explained. "Our position was always, let’s stick to things that we know will bring people together and everyone can support, which was the maternal and child health initiative."

Prime Minister Justin Trudeau announced early on Wednesday that to mark gender equality and the right to choose on International Women's Day, his government will pour $650 million into sexual education and reproductive health services around the world, including family planning, contraceptives, and abortion services in countries where it is legal. The funding, to be rolled out over a three-year period, is double the amount of Canada's current investment in reproductive health.

Shortly after the announcement however, Ambrose and other Tory MPs, including Manitoba's Candice Bergen and Saskatchewan's Brad Trost, were unconvinced that the investment was a smart move. They echoed sentiments expressed by former prime minister Stephen Harper, who banned funding for international abortion services after launching his flagship maternal, newborn and child health initiative in 2010. At that time, Harper's government also said that funding international abortion services was "divisive."

Their criticism comes just as the international community is scrambling to fill a global sexual health funding gap left by the White House south of the border. Last month, President Donald Trump reinstated a policy requiring foreign NGOs who receive U.S. global family planning funds to certify that they don't perform abortions or provide abortion guidance as a method of family planning.

Unless it receives funding to offer such services, Marie Stopes International, an NGO that provides safe abortion services in 37 countries around the world, estimated there will be 2.1 million unsafe abortions and 21,700 maternal deaths during Trump's first term that could have been prevented. Canada and the Netherlands are among the countries that offered to fill such funding gaps, but on Wednesday, the Tories cautioned against supporting abortion overseas.

"When you do polling in these countries to actually ask culturally, what they want, this is not what they want," said Trost, a candidate in the race to replace Harper as leader of the party. "So the Liberals are taking Canadian taxpayers’ money, they’re shipping it overseas to back one of their favourite ideological projects."

Trost said on International Women's Day, the federal government should focus on less "polarizing" victories, like the winning the right to vote and the economic contributions that women make in Canada every day. A vocal pro-life advocate, Trost was the only Tory MP speaking with media who openly admitted the funding was "wrong."

Ambrose and Bergen were more cautious.

Bergen called for the Trudeau government to spend its investment dollars in Canada, arguing that the positive impact of foreign aid is difficult to quantify. The previous government's maternal and child health program was a "very focused" initiative, she said, and any investments that support women and children overseas should be "measurable and targeted."

"We need support here at home and we’re seeing the Trudeau government spending a lot of money abroad, not just on these types of initiatives," Bergen told reporters during a scrum on Wednesday. "I don’t know that we’re seeing that in these announcements. We’ll have to see the results, but I’m a believer in being careful with our foreign aid."

Ambrose said the government should focus on funding reproductive health programs that are supported by both aid agencies and the countries where Canada directs its investment dollars.

The prime minister's office could not immediately be reached to respond to Conservative criticism of Trudeau's plan, but on Wednesday, Trudeau issued the following statement:

“While we have taken significant steps toward gender equality, we know that much more work needs to be done. Women around the world continue to receive lower pay and fewer promotions. They are denied legal control over their bodies and reproductive health. They face much higher rates of harassment and verbal, physical, and sexual abuse...

“That is why we will continue to place gender equality and rights, and the empowerment of women and girls, at the heart of our international development work."

Editor's Note: This story was corrected at 9:35 p.m. on Wed. March 8, 2017. It previously stated MP Brad Trost was pro-choice. The correct statement is pro-life. National Observer regrets this error.

Anywhere in the world a woman

Anywhere in the world a woman wants an abortion, she is entitled to get one. "Culture" is code for male dominated religious oppression of females. From catholics to mormons to muslims and many, many more besides. "Culture" enables pedophiles to "marry" children young enough to be their grandchildren, including marrying their own daughters as one of multiple wives, trafficking female children across the border to marry other pedophiles, while stopping the education of girls at a young age. Despite all of this being illegal, it has nonetheless been tolerated in Canada for generations. If other countries had such strong "culture" against abortion, women would themselves be very opposed, yet they are the ones begging for these services. Removing abortion not only increases overpopulation, it destroys the lives of women and forces them along with the kids into lifelong misery and poverty. Yet this same "culture" allows men to ditch these mothers as well as their own offspring without penalty. If men were the ones getting pregnant, birth control would be free, ubiquitous and abortions would be simply between doctor and patient. They are nobody else's business.

Encouraging! As badly as

Encouraging! As badly as Trudeau has let us down these so-called "Progressive" Conservatives prove without a shadow of a doubt they are truly hopeless

I see family planning as the

I see family planning as the whole point of this funding. Improved family planning reduces the numbers of abortions, especially backstreet abortions that kill and maim women and leave children without their mothers. These conservative attitudes cause misery and death for women and children and create diviseness rsther than prevent it.