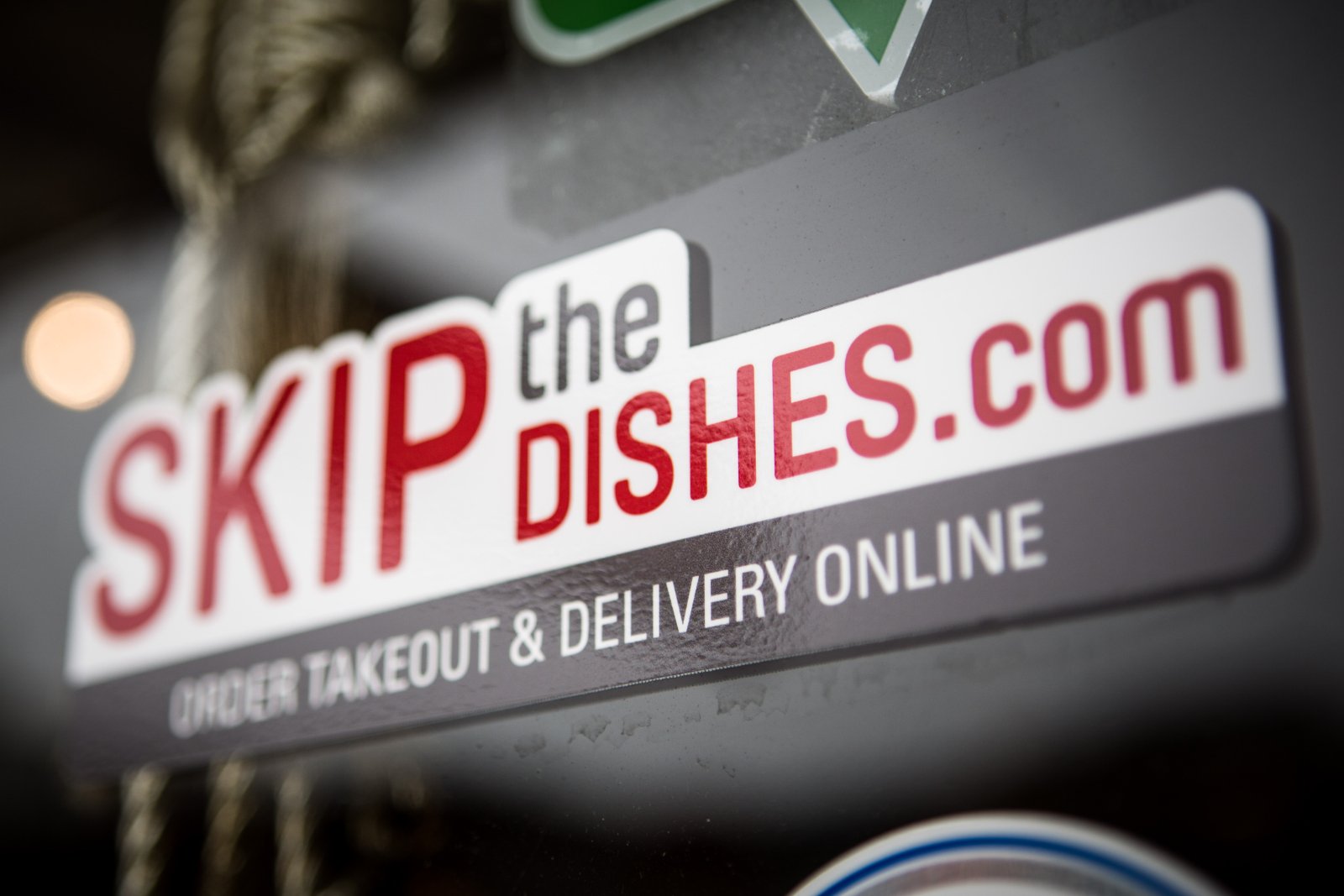 Winnipeg-based Skip the Dishes has apologized after cancelling an interview with a prospective employee who asked about wages and benefits. Photo by Alex Tétreault
Previous story
Next story

A Winnipeg-based food delivery service that wants its customers to "Skip the Dishes" has apologized after cancelling an interview with a prospective employee because she asked about pay and benefits.

Taylor Byrnes posted on Twitter on Monday that she had applied for a job in Winnipeg at Skip the Dishes, an online food delivery company which operates in 26 cities in Canada and the United States, but was rejected for a job interview after raising her questions.

Within a few hours, her complaint had been shared thousands of times on Twitter and a Toronto-based public relations consultant was fielding questions on the company's behalf.

Skip the Dishes apologized to Byrne on Tuesday, but a labour expert told National Observer that the story highlights a growing problem for many people searching for jobs in a so-called "sharing" economy.

Her priorities were 'not in sync' with Skip the Dishes, employee wrote

Screenshots Byrne posted on Twitter show emails between herself and a human resources employee at Skip the Dishes. In the emails, Byrnes asks the Dishes employee about the hourly wage for the job, and if the job includes benefits.

“How much do you think I’ll be getting paid an hour? Benefits will be included, right? Sorry, I just thought I should ask now,” Byrnes wrote.

Applied for a job at @SkipTheDishes. They cancelled my interview b/c I asked about wages/benefits @CBC @CBCNews @ctvwinnipeg #boycottSkip pic.twitter.com/CjBdnFvY1P

A Skip the Dishes employee replied that that “your questions reveal that your priorities are not in sync with those of Skip the Dishes” and said that a scheduled interview with Byrnes had been cancelled.

“We believe in hard work and perseverance in pursuit of company goals as opposed to focusing on compensation,” the employee wrote. “Our corporate culture may be unique in this way, but it is paramount that staff display intrinsic motivation and are proven self-starters.”

Skip the Dishes allows consumers to order take-out food by linking restaurants to a pool of freelance drivers who are paid a small fee for each trip.

The drivers are not paid an hourly wage and get no benefits. They also have to cover their own expenses, including gas and the cost of maintaining their cars. They are paid in tips and receive a delivery fee of $4 to $7 per delivery, the company said in a post on Reddit last year.

Byrnes wrote on Twitter that she had applied for an office job in the company’s “menu development department,” and that the email exchange happened after she had done a phone interview with the company that she felt had gone well. Byrnes did not reply to several requests for comment sent by National Observer.

Co-founder Chris Simair contacted National Observer by phone on Monday but would not offer an on-the-record comment. He did not respond to subsequent phone calls on Tuesday or to an email with a list of questions.

Neat, a Toronto-based public relations firm, emailed a statement to National Observer on behalf of Skip the Dishes co-founder Joshua Simair. It said that “the email sent to Taylor was wrong and does not represent our team’s approach or values. We are very disappointed in how it was handled.”

The statement echoes a tweet sent from the company’s account just after midnight on Tuesday morning, which said that the company had contacted Byrnes to offer “heartfelt apologies” and a second interview. "We do share compensation & it’s OK to ask. We are coaching internally to ensure this doesn’t happen again," the company tweeted on Tuesday.

(2/2) We do share compensation & it’s OK to ask. We are coaching internally to ensure this doesn’t happen again. @CBC @CBCNews @CTVWinnipeg

"It’s getting to a point where this is becoming the norm, where a simple question surrounding pay and benefits in a job interview is seen as asking too much," Norgang said in an interview.

A third of Canadians aged 15-29 are in temporary jobs, and 20 per cent of youth who work part-time are doing so involuntarily, according to the CLC. "We’re seeing a rise of low-wage, part-time and temporary work," Norgang said.

With the so-called gig or sharing economy, which includes short-term, part-time or on-call work and jobs like delivering food for Skip the Dishes, "the most innovative aspect isn’t the technology itself, but actually the expansion of this exploitative business model," Norgang said. These jobs shift the risk and expense of running a business from the business owner to the worker, she said. In exchange, workers must cope with unpredictable income — if they get any income at all.

"Workers no longer have access to basic employment standards: a minimum wage, stable working hours, benefits or any other aspect you would take for granted in a standard employment relationship," she said.

Another prospective employee who was interviewed for a human resources job at Skip the Dishes in Winnipeg told National Observer that the company offered her $12 an hour to remotely manage delivery drivers. The minimum wage in Manitoba is $11.

Becky, who asked that National Observer withhold her last name, said that she had previously worked as an employment counsellor and was completing a diploma in human resources when she was interviewed for the job last year. “It was an insult to my credentials,” she said in an email.

"I also don't know who is making any money there because I know the rank and file employees sure wouldn’t be," she said.

Skip the Dishes was sold to British food delivery company Just Eat in December for $110 million and had an estimated revenue of $23.5 million last year.

The government of Saskatchewan Premier Brad Wall signed an agreement in April 2016 to give the company $3 million in exchange for hiring and training 300 employees in Saskatoon, but cancelled it a few months later, after the company failed to live up to its end of the deal.

"It’s critical not just to think about job numbers but also job quality," Norgang said. New business models are adapting faster than regulators, and the government needs to act now to expand protections for workers and to make sure employers are following the law, she said. Government must also expand traditional protections for workers to include independent contractors working in the gig economy – including drivers working for companies like Skip the Dishes,she added. "We’re really at a tipping point here."

Responding to Byrnes’ original posts, some people said on Twitter they planned to skip the company for altogether.

WOW .... I just deleted @SkipTheDishes app. Compensation questions are relevant, to suggest to younger generation they are not is crap! https://t.co/uM89OexAZf

Absolutely pathetic labor practices @SkipTheDishes. They seriously turned down a job candidate for asking about wages and benefits. pic.twitter.com/rocO4GNAZ7

Labor no longer has value to these companies. Instead we're getting "paid" w imaginary wages that don't put food on the table @SkipTheDishes

I mean, I have ZERO problems with not using companies like Skip the Dishes. I think they probably screw business owners over.