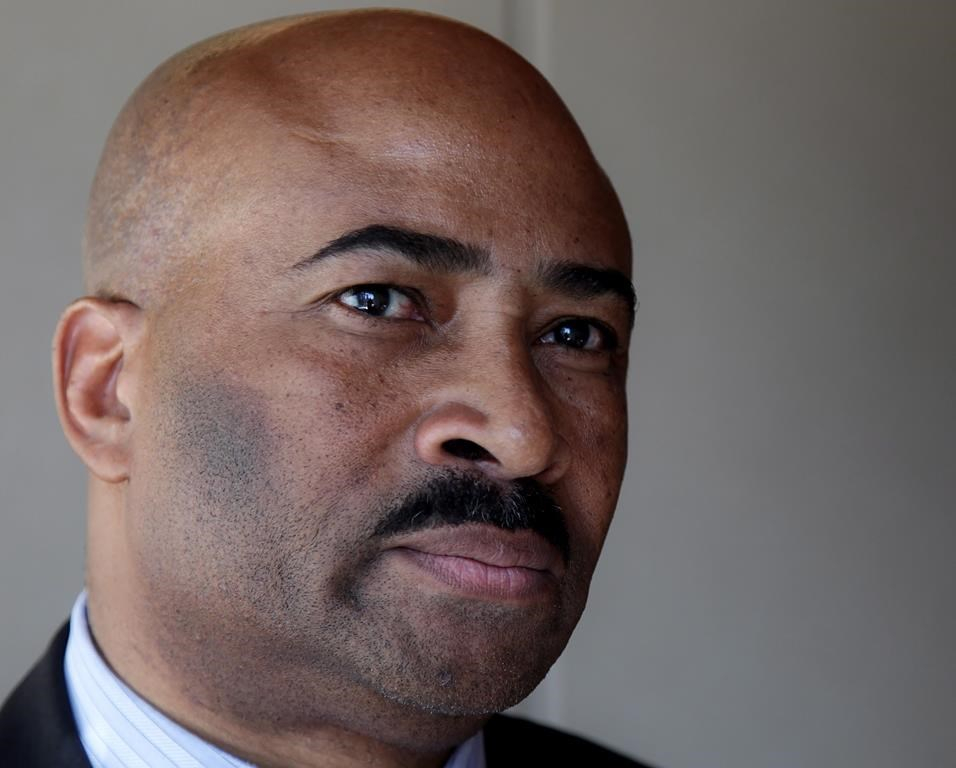 Sen. Don Meredith is begging for forgiveness and wants to keep his job in the Canadian Senate. File photo by The Canadian Press
Previous story
Next story

Embattled Sen. Don Meredith begged forgiveness for his "moral failing" over his sexual relationship with a teenager but said Thursday he was not ready to resign.

Speaking out for the first time since a damning ethics report, Meredith told The Canadian Press he was taking a leave of absence from the Senate on the advice of his doctor, and would be considering his options in the coming days and weeks.

"This is a moral failing on my part," a grim-faced Meredith said in a wide-ranging interview, with his wife Michelle quietly at his side. "As a human being, I made a grave error in judgment, in my interactions. For that I am deeply sorry."

Meredith, 52, repeatedly apologized to his wife, children, his fellow senators and "all Canadians" for the relationship that took place with the woman known only as Ms. M.

His wife and children have forgiven him, he said, and he asked for the same forgiveness from his Senate colleagues and Ms. M herself.

"I believe in the power of forgiveness and reconciliation," he said as his Toronto lawyer looked on. "We're humans, and humans make mistakes."

Meredith's wife did not wish to speak publicly about the allegations and the senator refused to answer if he'd had other affairs.

A chorus of voices has called on Meredith to step down amid questions of whether the Senate has the power to force him to do so. Senate sources have said they believe the upper chamber does have the power to expel a senator and declare the seat vacant, and do so by a simple majority vote.

The six-year Ontario senator said he hoped his contrition should be enough to assuage those who have been calling for him to step down. At the same time, he said, he believed there were no legal grounds to fire him.

Meredith's lawyer, Selwyn Pieters, said the Constitution only allows for the removal of someone convicted of a felony, too many missed sessions, bankruptcy or treason.

"Taken at its highest, the allegation against Sen. Meredith is a moral failing, it's not a legal failing," Pieters said.

Last week, a scathing report from Senate ethics officer Lyse Ricard said Meredith failed to uphold the "highest standards of dignity inherent to the position of senator,'' and had acted in a way that could damage the Senate itself. Ricard also ruled Meredith had used his position as senator improperly and that he violated the Red Chamber's ethics code.

The senator said Wednesday he believes he has been the victim of racism since the allegations about his affair first surfaced in the summer of 2015. Where individuals of colour rise, he said, somehow they're taken down —whether its "self-inflicted or orchestrated."

"Absolutely, racism has played a role in this," Meredith said. "This is nothing new to me. There is always a double standard that exists in this country."

Pieters said his client was being portrayed as a "sexual predator" because he is an imposing black man —but that clearly was not the case.

Meredith, an ordained minister and father of two, was adamant there was no criminal case against him. While Ms. M has said that she declined to press charges to protect her identity, Meredith called that "hearsay."

"I've broken no laws, and I want all Canadians to understand that."

Senate insiders have said they expect the ethics committee to deliver its report on March 28, the first day back from a two-week break. But both Meredith and his lawyer said they he had a right to speak to the report and defend himself as a matter of procedural fairness.

He said he would likely hold a media conference in the next several days.

"I believe that it is my right to consider all options that are available to me and that's exactly what I plan to do, making no rush decisions," he said, adding he wanted time to seek advice. "I deeply regret this."

Pressure mounts on Sen. Don Meredith to resign over sex relationship with teen