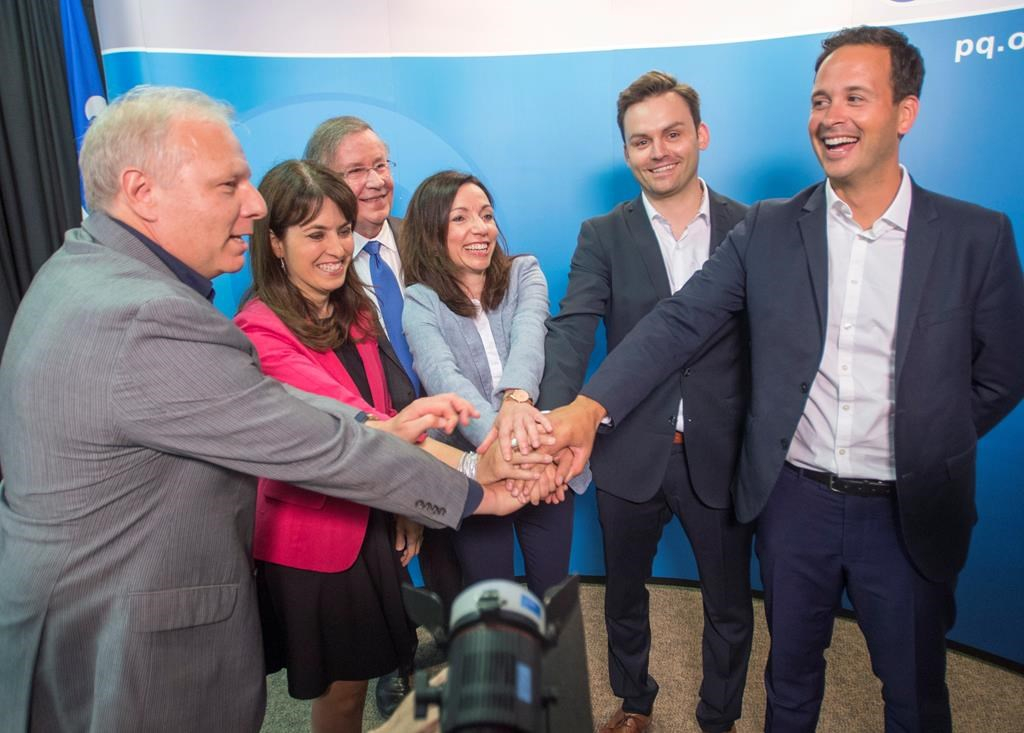 Martine Ouellet (centre) with other Parti Québécois leadership candidates prior to a debate in Quebec in 2016. File photo by The Canadian Press
Previous story
Next story

The only candidate to run for the Bloc Québécois leadership has been given the job.

Martine Ouellet was named the party's leader today after no candidate emerged to oppose her.

The only other potential candidate said earlier this week that he hadn't collected enough signatures to run.

Ouellet, 47, is a former Parti Québécois cabinet minister who now sits in Quebec's legislature as an independent.

She finished third in the last PQ leadership race in 2016, where she was the only candidate who promised to hold a sovereignty referendum in a first mandate if elected premier.

She has said she plans to keep her seat in Quebec's legislature while serving as Bloc leader.