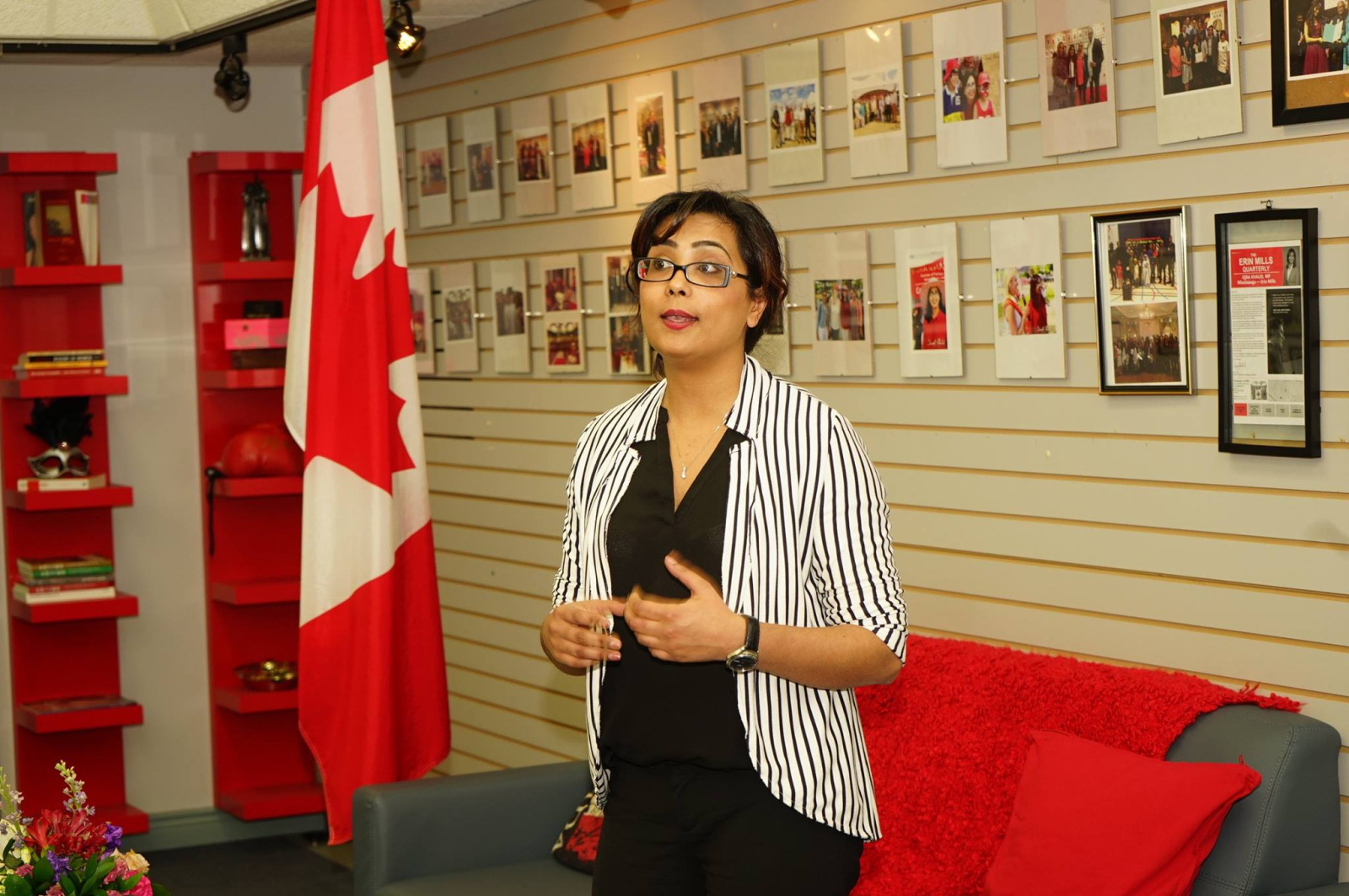 Liberal MP Iqra Khalid speaks to members of the public in her Toronto riding office on Feb. 27, 2017. Photo by Irfan Khan
Previous story

The House of Commons has passed a Liberal backbencher's motion calling on federal politicians to condemn Islamophobia.

The motion, known as M-103, became a matter of acrimonious debate, with opponents painting it as a slippery slope towards limiting freedom of speech and even bringing in Sharia law.

Liberals and Conservatives accused one another of playing politics with the rising tide of prejudice and hate crimes facing Canadian Muslims.

Liberal MP Iqra Khalid, who sponsored the motion, was applauded loudly by her Liberal fellows as she stood to vote.

The issue even became a bone of contention among Conservative leadership hopefuls.

The motion called on the Commons to condemn Islamophobia and "all forms of systemic racism and religious discrimination.'' It asked that a Commons committee study how the government can eliminate the problem and collect data on hate crimes.

Last month, the Conservatives proposed their own alternative motion, which was virtually identical except it dropped the word Islamophobia. The Liberals defeated it, contending that it was aimed at watering down Khalid's motion.

Conservative MPs argued that the undefined term Islamophobia could be construed to mean any criticism of Islam. Some also contended that the motion singles out one religion.

Khalid — who endured a barrage of public criticism, some of it offensive and racist, on social media amid the controversy — stoutly defended her motion through its torturous progress through the Commons.

She denounced the claim that the motion would result in Sharia law being imposed in Canada as "outrageous.''

"M-103 does not give one religion or community special privilege over another,'' she told the House. "M-103 will not restrict free speech. This motion is not legally binding.''

The NDP joined the Liberals in approving the motion, but earlier, New Democrat MP Jenny Kwan denounced both Liberals and Conservatives for playing political games on the issue.

"Frankly, that kind of fear-mongering and political gamesmanship served only to feed into the increasingly polarized climate surrounding this conversation instead of setting the example that is so desperately needed,'' she said.

Approval of the motion in the Commons on Thursday came a month after the Ontario legislature unanimously adopted a similar position.

The motion from Liberal backbencher Nathalie Des Rosiers called on the legislature to "stand against all forms of hatred, hostility, prejudice, racism and intolerance,'' rebuke a "growing tide of anti-Muslim rhetoric and sentiments'' and condemn all forms of Islamophobia.