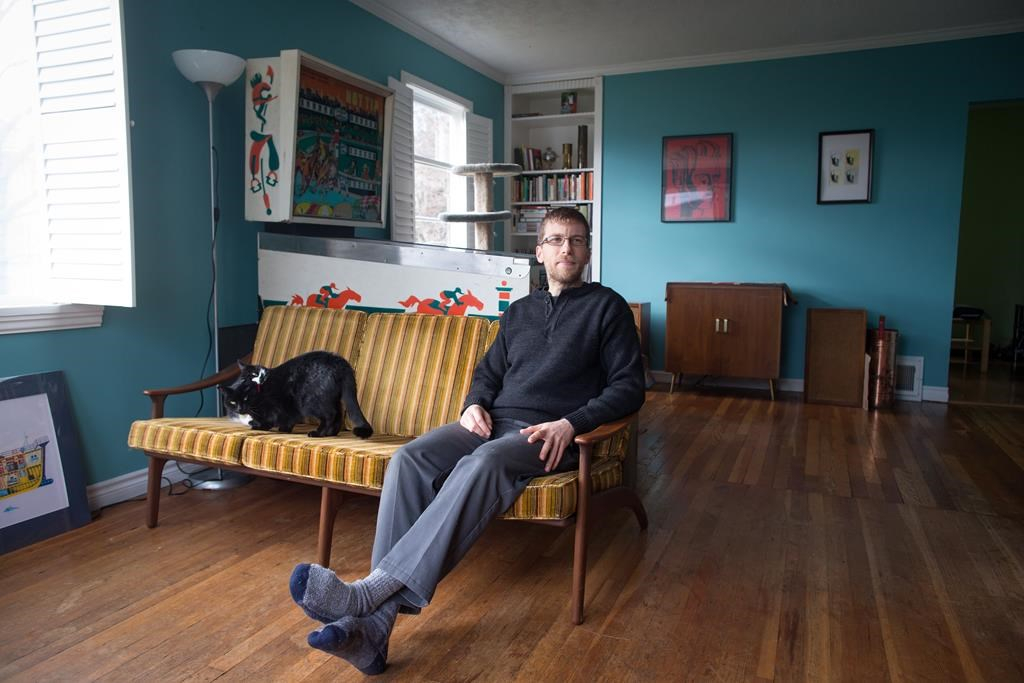 David Repa, who moved from Vancouver last year, sits for a photograph at his home in Powell River, B.C., on Thursday March 16, 2017. Photo by The Canadian Press
Previous story

David Repa recalls the shock he felt sitting down at a bank after selling his Vancouver business in 2013 and realizing for the first time how much of "a joke" his prospects were of owning a home in the city.

"Oh, my God. I'm not even close," Repa remembers thinking at the time.

Three years later, the man who founded a non-profit electronics-recycling centre and a computer-repair business is living in a spacious home he owns in Powell River. The ocean is a block away and the sound of a creek running through his backyard can be heard from the front steps.

As soaring real estate prices expand up B.C.'s south coast, Powell River has become a refuge for residents of Greater Vancouver who want to make home ownership a reality. The community of about 13,000, located two ferry rides from the Lower Mainland, is also attracting people interested in living somewhere that will allow them to afford the lifestyle they want to lead.

Neil Frost, president of the region's real estate board, said he's seen a wave of young people driven out of areas surrounding Metro Vancouver, from Hope to Squamish.

Non-residents have made up about 50 per cent of the buyers in Powell River over the past couple years, said Frost. Prices have grown about 20 per cent, he added, far lower than the surging values in and around Metro Vancouver.

Figures from the B.C. Real Estate Association show Powell River led the province in January for both the number and total value of residential sales, compared with the same period last year. Residential sales jumped 82 per cent to $6.3 million.

Prices in Squamish "exploded" after Weaver and Lacoste bought a mobile home in the community eight years ago for $130,000, she said.

"You have a lot of these outdoor, adventurous, spirited people who maybe don't want to spend their entire salaries on rent, who are now having to change up their lifestyle in a way to afford to live there. And we just didn't want to do that," she said.

They sold their mobile home for nearly $190,000 and were able to buy a three-bedroom house in Powell River with an ocean view and mountain biking trails leaving from their backyard for $215,000.

"There's a compromise in leaving your community. My husband especially, he really misses meeting up at the pub with the guys," Weaver said, before emphasizing how positive the move has been for her family.

It isn't only prospective buyers who are eyeing Powell River. Danielle Gravnic, a 28-year-old nurse, began renting a house when she moved to the coastal community in 2016 after 10 years in Vancouver.

"It's oppressive," she said of her struggle to make ends meet in the city. "It's hard to be a successful young person, and I mean successful in a personal sense, in your well-being."

Repa describes it as "fairly upsetting" to have poured so much into a community by starting Free Geek Vancouver and The Hackery and still not being able to afford to live in the city.

"Even with the sale of the business, home ownership was not something that was going to happen in Vancouver. Period," Repa said.

The company wasn't worth millions of dollars, but its sale likely would have been enough to set someone up anywhere else in Canada, he said.

Still, Vancouver will always have a special place in his heart.

"There are some super creative, super energetic, super caring people, and the only thing that's holding them back is the fact that they can't rent a little space to provide their services to the community," he said. "And that's the shame. Vancouver loses out because of that."